On June 20-27, the HSE Faculty of Computer Science teamed up with the Yandex School of Data Analysis to carry out the Second International Summer School in Machine Learning in High Energy Physics. This year’s Summer School took place in Lund, Sweden, and saw the participation of 60 students and researchers from Austria, Great Britain, Germany, Italy, Russia, the U.S., Sweden, Switzerland, and more. Of these students, five came from the Higher School of Economics.

The Summer School’s programme offered two tracks – basic and advanced. The basic track focused on key topics needed to build classification models for data collected using modern-day particle detectors. Lecturers included Alexey Rogozhnikov, while practicums were held by Nikita Kazeev, Tatiana Likhomanenko, and Alexander Panin. The advanced track included topics such as particle trajectory restoration (Mikhail Guschin), methods for optimising real-time data selection algorithms (Tatiana Likhomanenko), and joint research technologies (Andrey Ustyuzhanin). Both tracks then turned into a discussion of how in-depth learning can be applied to physics experiments (lecture by Alexander Panin; practicums by Tatiana Likhomanenko and Alexey Rogozhnikov). To strengthen the data analysis methods covered at the lectures and seminars, two competitions were also organised on the Kaggle platform. The advanced tract worked on improving event filters, while the basic track worked on the search for decays of the Higgs boson. There were many physicists and machine-learning experts from all over the world invited to speak at the Summer School: Chase Shimmin (UC Irvine, U.S.), Gilles Louppe (NYU, U.S.), Vicens Gaitan (Grupo AIA R&D, Spain), Joaquin Vanschoren (TUE, the Netherlands), Michael Williams (MIT, U.S.). Two computer clusters were used at the school, the first of which was provided by Yandex (300 cores, 1.5 terabytes of memory), while the second came from a Finnish supercomputer centre (48 GPU cards). 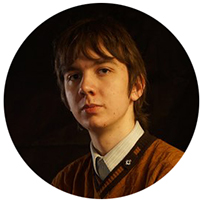 ‘The trip to Sweden began when our student group got an invitation in the mail. I filed out the form, which asked about the different programming languages I knew, what I expected from my school, and why I should be selected for the event.

I’ve loved physics since I was in elementary school. It was one of the most difficult subjects available, and it always posed a challenge for me with all of the complex tasks it entails. Each year I participated in different physics Olympiads. I got a hundred on the Unified State Exam and even participated in the Faculty of Computer Science’s PhysTech Olympiad in physics.

So I simply had to apply for the School. It was an excellent opportunity for me to meet real physicists who work in the field of machine learning. When I got the call that I’d been accepted, I was beside myself with joy.

Classes at the School were taught by staff from the LAMBDA laboratory who work both within the faculty and at Yandex. It was a lot of work. I didn’t sleep more than five hours a single night of the Summer School. Over the course of a week, we looked at various algorithms such as linear regression, decision trees, random decision forests, boosting algorithms, and neural networks. After completing the School, I knew exactly which areas of mathematics I needed to study in the future.

For our track, the organisers selected a project dealing with machine learning in high-energy physics – the search for decays of the Higgs boson. To complete our task, we tried out a large number of different machine-learning algorithms. They didn’t all work out that well, but the main steps included random decision forests, XGBoost, XGBoost with Grid Search, and neural networks. I can definitely say that I was surprised when the neural networks yielded significantly better results than the other models.

After the Summer School, the instructors said that they were really impressed by our effort and that we were the youngest team at the school. They took note of the results we achieved in the competition and gave us commemorative prizes.’ 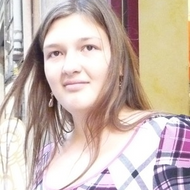 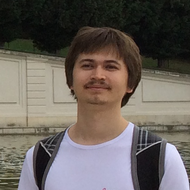 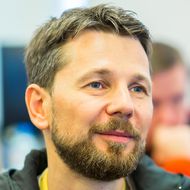