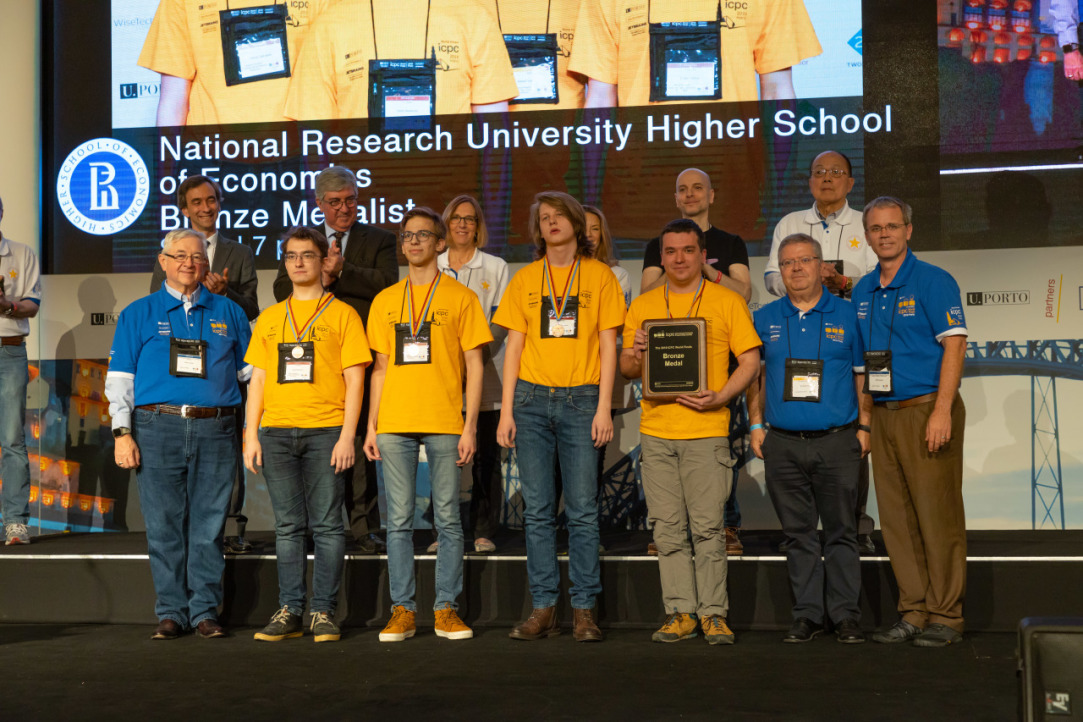 On April 4, 2019, the world finals of ICPC, an annual student team competition and the main event in competitive programming, took place.

Teams from 135 universities in 46 countries took part in the competition, with more than 3,000 universities participating in the selection stages. Teams from two HSE campuses made it to the ICPC finals. The Moscow campus team consisted of students from the Faculty of Computer Science, Daniil Nikolenko, Filipp Gribov, and Askhat Sakhabiev. Their trip to the competition was supported by the HSE Endowment. Igor Labutin, Alexander Fedorov and Anton Ermilov represented the HSE campus in St. Petersburg.

ICPC has been held for over four decades. Initially, it attracted students from North American universities, but since 1989, the competition has been global. Its format has remained the same over the years: a team of three members gets one computer and has five hours to solve algorithmic problems. The scoring takes into account the number of solved problems, the time spent for the solution, and the number of attempts to solve. The best twelve teams receive medals (four golden, four silver, and four bronze). To keep up the suspense, the result chart ‘freezes’ an hour before the end of the competition; neither the audience nor participants can see the assessment of problem solutions submitted during this period.

This year, HSE fans experienced a wild ride: before the ‘freeze,’ the team solved six out of eleven problems and was taking a disappointing 13th position with a number of serious competitors. But the solution for the seventh problem turned out to be successful, which allowed the students to take 11th place and secure bronze. For HSE, this is the second medal in ICPC World Finals history: for the first time, Vyacheslav Alipov, Mikhail Kolupaev and Alexander Kuprin also took bronze in 2014. Students from the HSE St. Petersburg campus solved four problems and came in 62nd.

Together with the other Moscow students, HSE students set a historical record: for the first time, three teams from one city received medals at the ICPC World Finals. MIPT students also solved seven problems and took bronze. The MSU team became world champions for the second time, solving ten problems. This result is also historical in that for the first time, a team with the same list of members has become world champions for two years in a row.