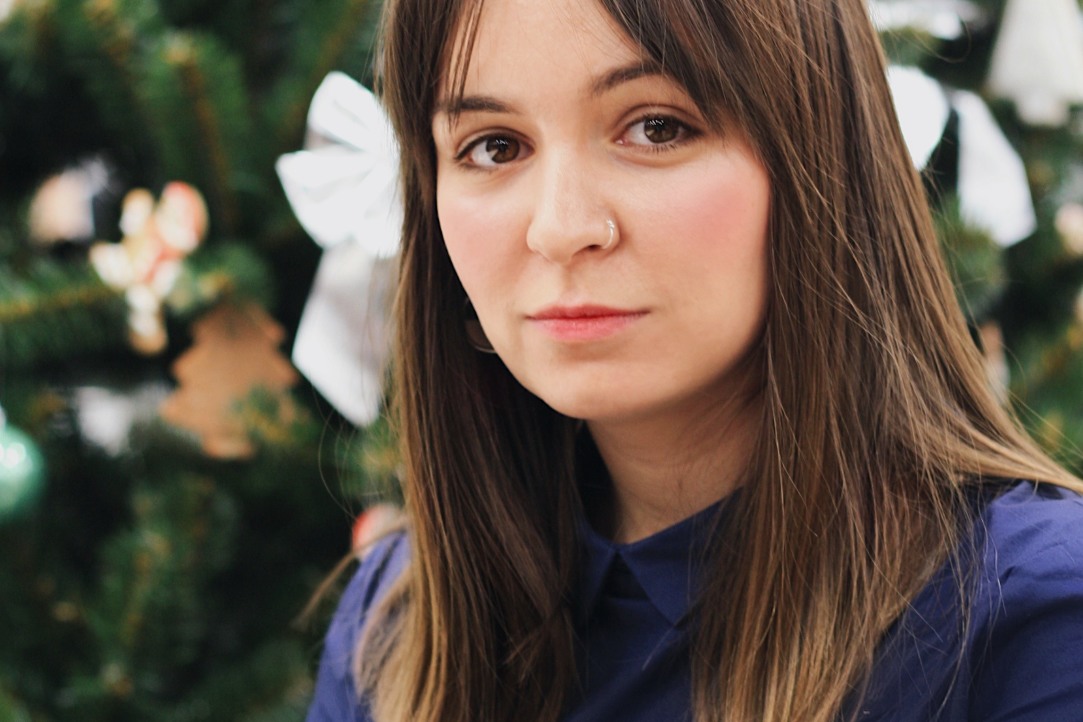 The Master’s programme emphasized putting our knowledge into practice—even in seminars, where we would discuss our projects and work. For me, it was not even the specific subjects that stand out, but rather the very experience of working in a team developing your own resource or creating a word processing tool. While studying in the Master’s programme, I worked for a company remotely where I worked on a project that was more or less in my field—developing a word-processing autocorrect tool. First I began working on the Russian version of this tool (as a Quality Assurance tester), but then I advanced to managing teams working in other languages, such as Finish and Korean.

Nonetheless, I gradually came to realize that computational linguistics—as an endeavor of developing tools for industrial applications, where you’re working with a complex algorithm code and need more of a programming educational background—is not really my cup of tea. So then I began to think about applying to a PhD programme and pursuing an academic career.

I think that a lot of students want to study abroad. It’s a good experience, and it’s interesting to live in a different country for a while. As for me, I immediately thought of Oxford—it was really the only place I considered. I dreamed of its Harry Potter-style buildings and its longstanding tradition of classical education.

Getting into the PhD programme wasn’t that difficult. All I had to do was fill out an application and attach some academic writing samples that were related to the topic I wanted to write my dissertation on. Before applying, you have to pick an academic advisor and contact them so that you can introduce yourself and discuss with them what you want to do and learn, and get their feedback about it.

Right now I am continuing the same research that I began when I was a Master’s student—it involves Digital Humanities (DH) and a project I was involved with called the Russian Drama Corpus.

We employed methods from social media to analyze plays; we presented the plays in a social network format, with the characters communicating with each other

In my thesis work, I worked with the Russian Drama Corpus and did thematic modeling of Russian texts, determining what themes were prevalent at various times for different authors. For example, in Tolstoy the theme of money is very pronounced, while in Chekhov we find themes of family and human communication.

My supervisor at Oxford specializes in Russian drama, but she has nothing to do with digital research. It was a challenge I took upon myself, because in computational linguistics, when you’re working alongside other DH researchers, no one questions you about why you’re using digital methods to analyze a text, or why such an approach is even necessary. And although I was involved in digital studies of literature, I couldn’t motivate myself to read literary criticism or study literary development more deeply.

My research examines drama—what genre it corresponds with, whether it falls somewhere in between different genres, what features it shares with tragedy, what features it shares with comedy. I also examine plays that are generically ambiguous, such as Chekhov’s comedies, for example. It’s possible my research will become more comparative, since there are corpuses of German and French plays as well. 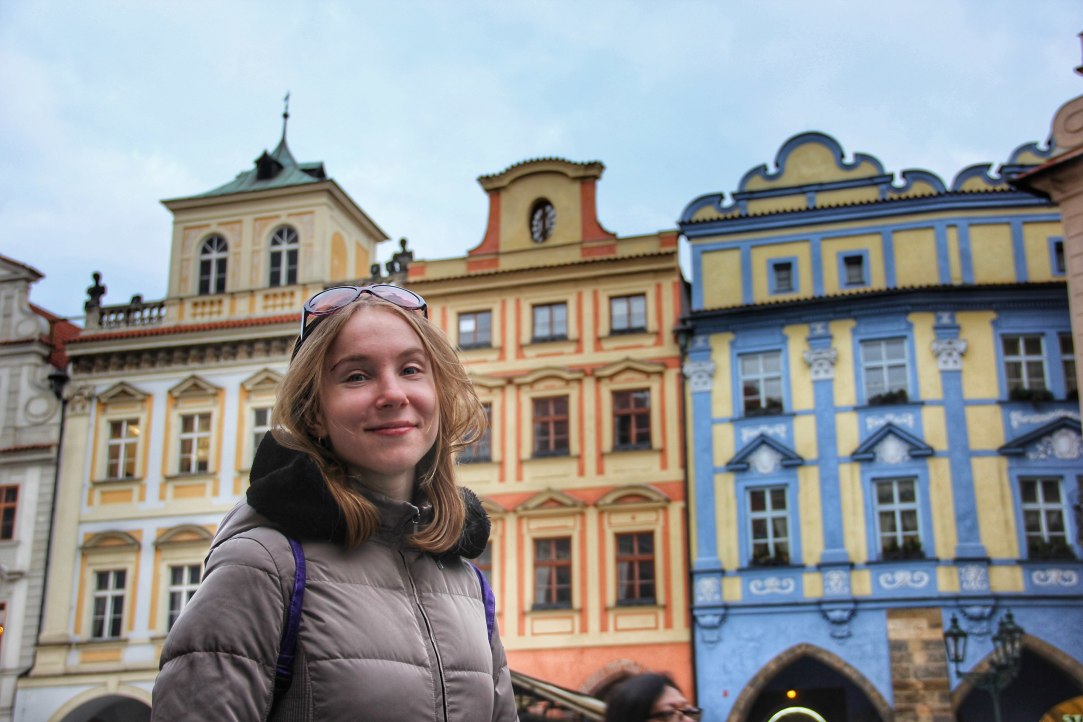 Nadezhda Motina graduated from the Master's Programme ‘Computational Linguistics’ in 2016.

I graduated from the bachelor's programme at the Institute of Asian and African Studies at Moscow State University and, to be honest, it’s hard for me to remember when I decided to change my area of specialization in graduate school. I really liked studying Thai at the IAAS, but I wanted to try something new and do something that combines languages and math. At HSE, I found a programme that fit this description. I was fortunate because having a background in math wasn’t required—in the admissions process what they were really looking for were students who are motivated. I was also fortunate that the programme offered a lot of supplemental adaptive courses. It was difficult at first, but the courses helped, and I was able to catch up.

In the Master’s programme, l learned how to work with a text, programme in Python and more

In addition, I took courses in math and statistics, which, as an analyst, I now see were very useful. Machine learning and the fact that I wrote my undergraduate thesis using semantic vector models also really helped me in the beginning.

At the end of my first year, I started working at EasyTen, so in my second year, I was able to combine my academic studies with professional work. Luckily, my supervisors at EasyTen were very supportive. I worked there only part-time at first and sometimes I did homework in my office, and, from time to time, my colleagues even helped me. Many people have heard of EasyTen—it’s a mobile app for studying foreign languages. But for me, EasyTen is first and foremost a team.

When I arrived, the app was already a finished product, and folks there wanted to develop something new and better—a version with a gaming component—to make learning vocabulary more fun. However, after two attempts of gamifying the original, we realized it wasn’t the right approach. We would have to make a full-fledged game.

Initially, I came on as a computational linguist, and I was assigned to purely linguistic tasks, but now I work in several different areas

I also do product analysis and manage the level-design department (level-design is when you think up game levels). There are two level designers on the team, and I oversee the process, load the levels into the system and test them.

I like that over the course of three years I have grown a lot as a professional. Also, the team doesn’t plan to work with foreign language learning apps forever. They intend to test newer and newer products—this dynamism appeals to me. I hope our game WordsApp will be even more successful than EasyTen. Right now we’re at the soft-launch stage, so you can download the app in AppStore in Russia and Ukraine.

HSE University also offers an English-taught Master’s programme in Linguistic Theory and Language Description that focuses on Russian linguistics, sociolinguistics, and typologically-informed language description. The programme is run by the School of Linguistics (Faculty of Humanities). International students can apply online.

HSE offers a wide range of master’s programmes for all tastes. There are currently 31 programmes taught entirely in English. Some, such as ‘Financial Analyst’ or Prototyping Future Cities, are more practice-oriented; others pave the way for careers in academia. International students can apply online until August 20.

Student life at HSE University is filled with services and activities. Learn about the secret advantages of being an HSE international student.

Whether inspired by the World Cup or simply wanting to study in a new and exciting place, students are looking to Russia to further their education.