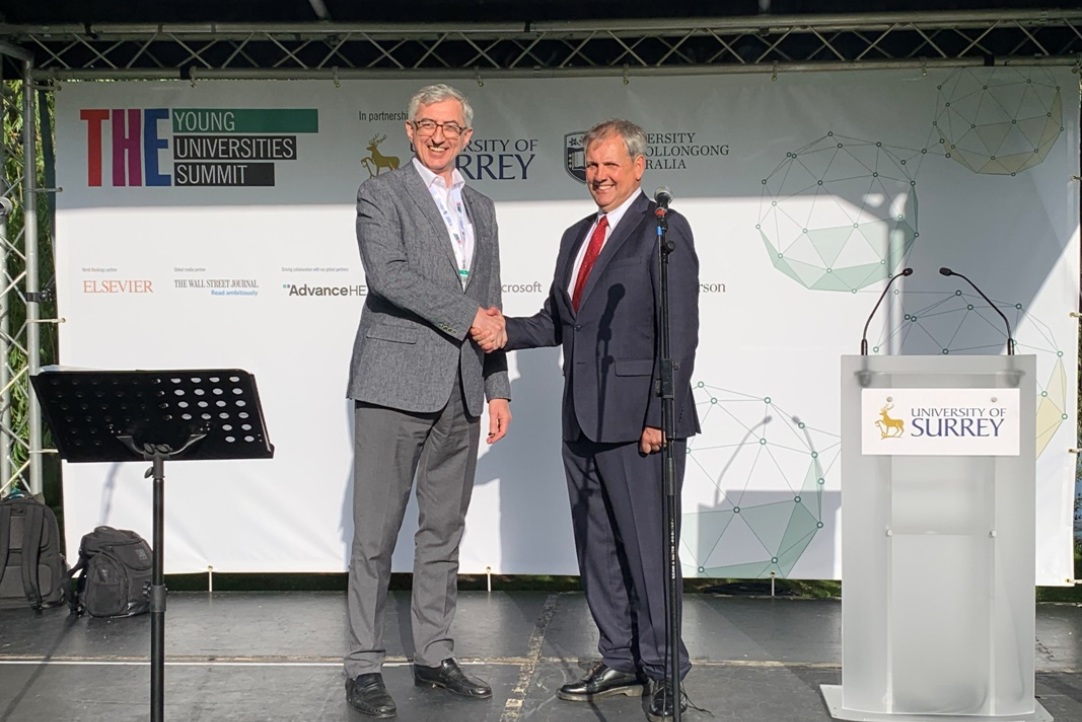 On June 24-26, 2020, the THE Young Universities Summit will be held for the first time at HSE University in Moscow. An official hand off ceremony was held earlier at the University of Surrey, which hosted the event this year. It was not by chance that HSE University was selected to be next year’s summit host—it is the only Russian university that consistently ranks among the THE top 100 young universities, and this year it took 60th place.

This will be the seventh annual THE Young Universities Summit to be held. Over the past years the event has become a global forum for university leaders, education managers and experts to discuss the future of world-class universities. The motto for next year’s summit is ‘Local Impact, Global Influence.’ The summit will primarily be dedicated to the question of how young universities can expand their spheres of influence at both the global and local levels. In particular, university leaders will discuss the prospects of strengthening their universities’ reputations both in their home countries and abroad.

Phil Baty, Chief Knowledge Officer of THE, noted that 'the Times Higher Education World Summit Series has become the preeminent global forum for university leaders, together with policy makers and industry chiefs, to gather to share new thinking about the future of world-class universities — and the Young Universities Summit has forged a unique space for dynamic, ambitious and forward-thinking universities, founded since 1945, to get together to plan for success in an uncertain future. So we are delighted to confirm that we are partnering with HSE University for THE’s first ever Young Universities Summit to be held in Russia. HSE University has made tremendous progress on the world stage since its foundation in 1992, rising rapidly up the World University Rankings, so it epitomises the type of ambitious and strategically focused institution that THE partners with.' Phil Baty added that there is an 'an excellent programme planned for Moscow in June 2020, with a particular focus on the development of an institution’s social and economic impact — a vital issue facing today’s universities as their role in society comes under ever increasing public and political scrutiny.'

In response to the news, HSE Vice Rector Ivan Prostakov remarked, ‘The decision to hold the Young Universities Summit in Moscow attests to the fact that Russian universities are fully fledged members of the global academic community and that this community is interested in developing mutually beneficial partnerships with them. The summit is an excellent platform for the most dynamic and open young universities, many of which already rank in the top 100 of global rankings, to share experiences and best practices in education and science. The participating universities strive not only to be competitive in the global market, but also to make a significant contribution to the development of their countries and their respective national education systems. The upcoming summit in 2020 will be specifically devoted to this issue.’