The International Academy of Education (IAE) is an influential international organization headquartered in Brussels. The Academy brings together renowned education scholars and works to inform education policy based on research findings from countries around the globe. As Lorin Anderson, Professor Emeritus of the University of South Carolina (USA) explains, ‘The responsibility of the Academy is to provide insights and data that could inform policy-making. The Academy is not an advocacy group and it does not take one side or the other. It can only provide information and make suggestions that policy makers may choose to take into account. So, the role of the Academy essentially is to inform, encourage, and talk about pros and cons.’

Douglas Willms, IAE President and Director of the Canadian Research Institute for Social Policy at the University of New Brunswick (Canada), notes that the primary focus of the Academy’s research is the child.

Our main task is to ensure that all children receive an education and, as a result, achieve success

The Academy’s international meetings, in Professor Willms’s view, provide an opportunity for the open and free exchange of research findings, and of course, discussion. And since its founding in 1986, the Academy has only grown to include more voices and perspectives. ‘When the Academy first started, it was a small group of people that were involved in large-scale educational assessments. Now we have a wide variety of interests and people from a wide variety of fields, but the common interest uniting everyone is education and the development of children.’

In terms of the Academy’s membership, ‘We had a lot of members who were mostly from North America and Europe,’ he remarks. ‘Now we’ve been able to broaden our membership. We have members from Africa, Japan, South America (Argentina and so on), and we’ve also improved the gender balance. It’s still not 50/50, but it’s moving in the right direction.’

One of the most important skills for the 21st century is critical thinking, Professor Podolsky says. ‘When you’re conducting educational research, you need to be able to think critically. This meeting with the members of the IAE provides us with a good opportunity to get feedback on our research, evaluate its effectiveness as well as situate it in the general context.’

According to Vitaly Rubtsov, President of the Moscow State University of Psychology and Education, the Days of the International Academy of Education is a significant event. ‘This event is not only for members of the Academy, but also for many other colleagues interested in the development of modern education,’ he says. ‘Topics for discussion will include child and adolescent socialization, new methods for educational assessment, and developing new technology and methods for teacher training.’

‘In post-Soviet Russia, the most advanced scientists have begun developing a new approach to education that is impossible to imagine without empirical research on primary and secondary school education, studies on the education accessibility and quality, inequality among schools, and many other issues. In order to succeed in this we need international collaboration. In studying these issues that are not only important for Russia, but for other countries of the world as well, we need to catch up with our foreign colleagues. The Days of the International Academy of Education provide us with an additional opportunity to integrate Russian research into the global agenda.’

On the first day of the forum, Douglas Willms, one of the leading developers of the international comparative study PISA, gave a presentation on equality and equity in education. Lorin Anderson discussed the question, 'Do International Tests Test What We Think They Test?', and Martin Carnoy, Professor at Stanford University and Head of HSE’s International Laboratory for Education Policy Analysis, shared his observations on how the problem of educational inequality is addressed in Russian public schools.

The Days of the International Academy of Education are being held in Moscow as part of the General Assembly of the International Academy of Education, which speaks to foreign colleagues’ recognition of Russian scholars’ work in the field of education. The General Assembly has been held previously in Belgium, Germany, Canada, Mexico, Australia and the United States. In Moscow, the Days of IAE will be held not only at HSE, but at the Moscow State University of Psychology and Education and Moscow City Pedagogical University, as well.

Date
20 May  2019
Topics
Research&Expertise
Keywords
conferences & seminarseducationinternational cooperation
About
Institute of Education, International Laboratory for Evaluation of Practices and Innovations in Education
About persons 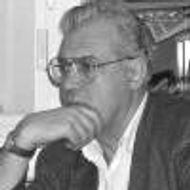 Professor of HSE’s Institute of Education

The ‘digital age’ of education did not just dawn — it burst upon us like a tsunami. Long-term, systematic strategies for the transition to online learning have been swept away by global problems, and primarily the COVID-19 pandemic and measures for stopping it. In this Op-Ed, Institute of Education research fellow and Russian post-doc recruiter Daria Shcheglova tells IQ.HSE how some students might have been overlooked in the feverish rush to digitalize education.

Degree from Home: The Difference between Online and In-person Learning for Technology Students

The Covid-19 pandemic has forced universities to switch to online learning, which will probably foster the development of online higher education. HSE University researchers joined forces with their American colleagues to demonstrate that online learning at university can be as effective as traditional in-person education. Their research used the example of technology disciplines.