Another fine HSE Day in the Park 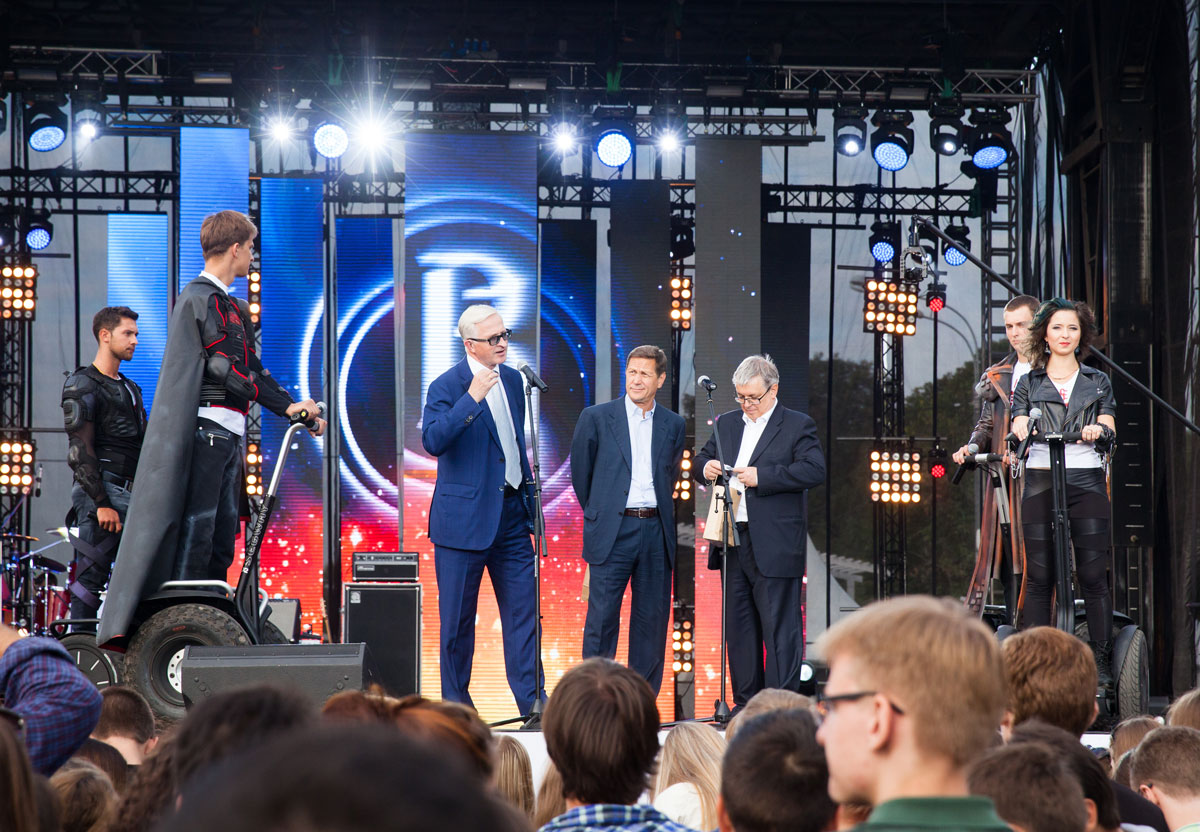 Advice from your elders

The first years were welcomed to the new academic year by HSE Rector Yaroslav Kuzminov, HSE President Alexander Shokhin and President of the Russian Olympic Committee, Alexander Zhukov with words of advice on what to expect in the coming days.

“You need to find a balance between burning the midnight oil and relaxing”, said Kuzminov, “when one half of you is working and the other is doing what first years are supposed to do  (taking a break from school) - it’s not easy. But everyone manages it somehow so follow the example of the senior students and 80% of you will be back for the second year, while 20% of you will fall by the wayside in October, November and March - that’s life.”

“Don’t worry about the 20% - it’s not a rule,” said Alexander Shokhin, reassuring the crowd of first years, “it’s up to you how many of you stay. I think the figure will change eventually. Maybe you will be the first group to all get through to the second year. Try out as many different roles as you can, whether as a researcher, banker or minister, but the main thing is to study hard and enjoy yourselves”. 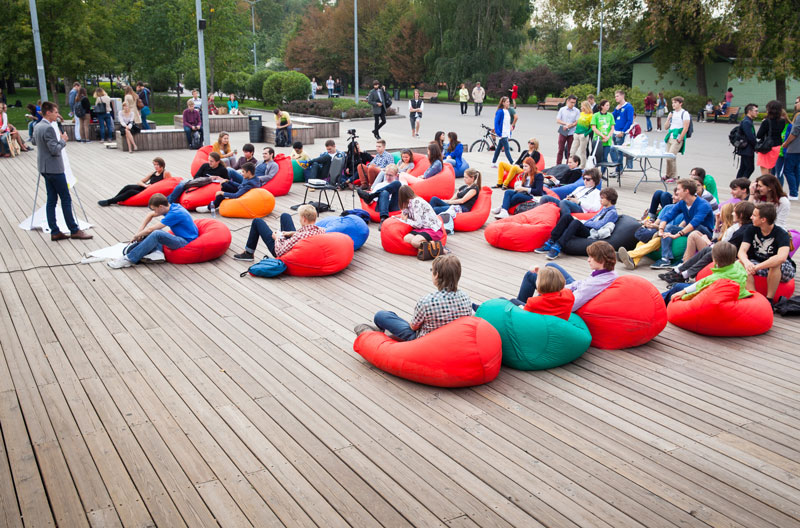 If you want to learn

At the business club set up in the park’s Pioneer cinema, HSE graduates gave master classes on how to make a successful career or start a business and, in general, shared some worldly wisdom with the first years. Peter Zhukov who founded the direct investment fund Capital Partners advised, “Any experience is useful and better than doing nothing. You don’t need to be working in your first year but it’s good to try and work somewhere before you graduate. But you need to study and have fun. If you don’t hang out with your friends enough now, it could have a bad effect on your career later.”

On the networking veranda students and graduates made 5-7 minute pitches and told stories about their careers, lives, and one brave student from the Faculty of Psychology, Yulia Malikova talked about her ‘epic fail’. She admitted how at 22 she had changed courses 5 times before she found out what she really wanted to study. “I can’t say that I’m proud of changing so many times, but I am proud that I change what I don’t like. Lots of students torment themselves about choosing the wrong subject and are afraid to make a change. I wanted to share my experience with you.” said Yulia. She called her speech, Change for the Better.

This year a the programme at the lectorium included lectures in English. The topics were wide-ranging from comparing administrative systems in China and Russia to Time management and the uses of procrastination. 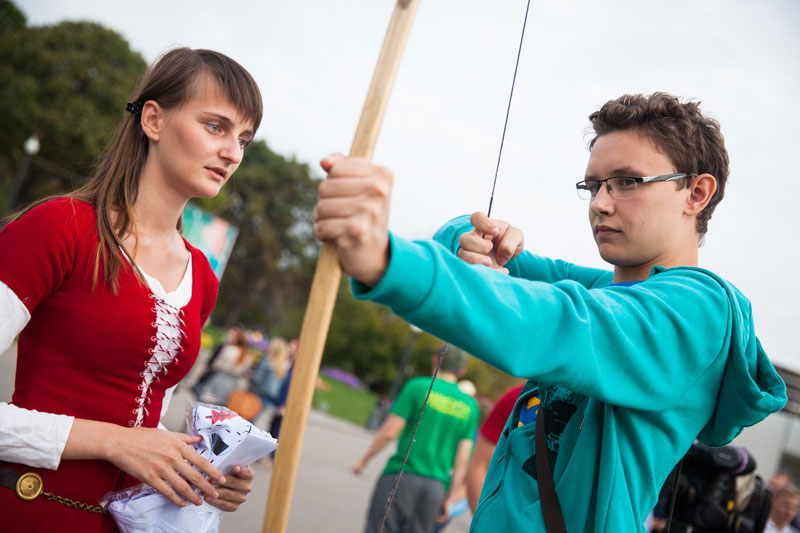 If you want to have fun

You could find out all about the non-academic side of student life in the studlife tent. 21 student organisations were involved in HSE Day this year, each one running its own competition or quest. From inclusive basketball with Best Buddies (you have to get the ball in the basket from sitting in a wheelchair)  and a chance to convince a representative of the International European Forum “Aegee” that you had the most amazing holiday. Experienced climbers from MIEM hiking club inspected a collection of rucksacks for a mountain trek and there were lessons in using a medieval sword and bow by the historical reconstructions club. Students from the debating society chaired discussions on serious matters like whether or not higher education should be universal.

In the Russian Tea Room on the embankment international students were introduced to national traditions in a fun way. Anyone, depending on how well they knew Russian, could follow one of three journeys where they would be challenged for example, to say the tongue twister about Clara and the corrals or read the phrase, “Hello! May I have some tea, please,” or answer the questions, what is “herring in a fur coat”? and which city is the city of Dostoyevsky?. Whoever completed the tasks on their journey would be given tea from the samovar and pies and gingerbread.

The day was rounded off with a rock gig headlined by the popular Russian band Bi-2. Quest and competition winners were allowed into the dressing rooms to meet the band and take a photograph with them.