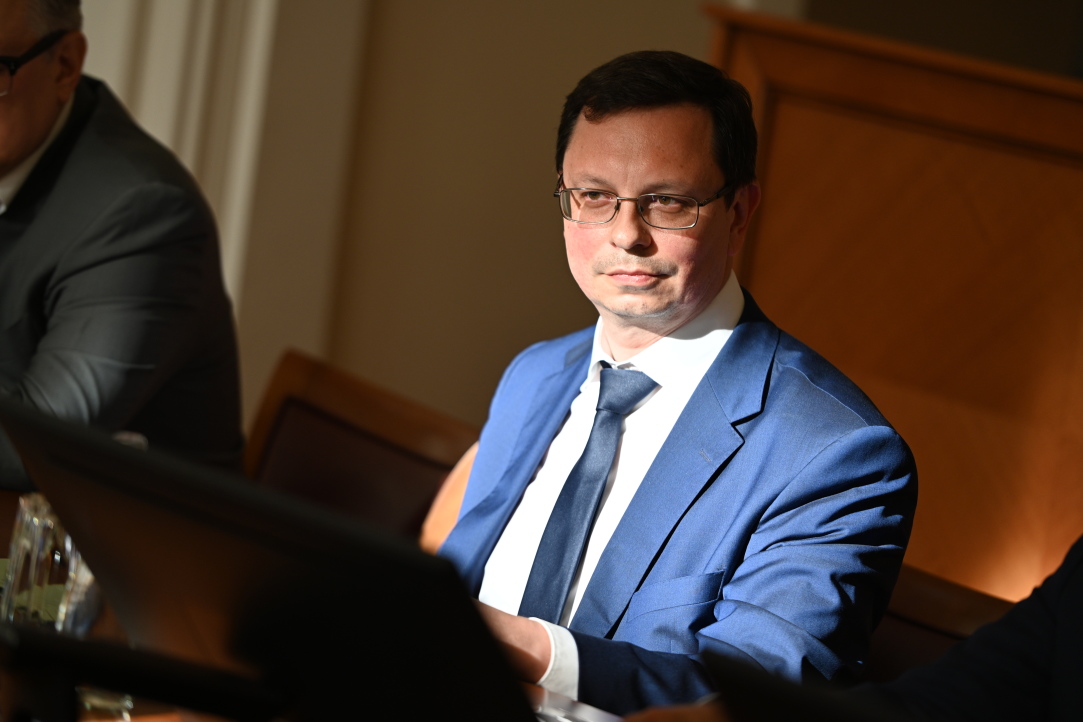 On July 2, Mr. Anisimov was introduced to the HSE Academic Council at its meeting at HSE campus in Pokrovka. Valery Falkov, Minister of Science and Higher Education of the Russian Federation, Yaroslav Kuzminov, HSE University Academic Supervisor, and HSE University President Alexander Shokhin took part in the meeting.

The government of the Russian Federation, in its capacity as the founder of HSE University, appointed Nikita Anisimov as Acting Rector on July 2. Mr. Anisimov previously worked as the Rector of the Far Eastern Federal University. He was born on February 20, 1978 in Khimki (Moscow region). In 1998, he graduated from Lomonosov Moscow State University (MSU). In 2001, he defended his thesis for the degree of Candidate of Physical and Mathematical Sciences (PhD). Mr. Anisimov has vast experience in the field of science and education. He worked in various positions at Lomonosov Moscow State University, where he rose from a leading specialist to Vice Rector. He served as Vice Rector for Academic Affairs, First Vice Rector, and Acting Rector at the University of Mechanical Engineering (Moscow). Mr Anisimov has also worked as Executive Secretary of the Russian Council of School Olympiads. He holds an honorary doctorate in natural sciences from Tokai University.

The meeting of the Academic Council was held in a blended format—some of its participants attended in person, while others joined via a videoconference. 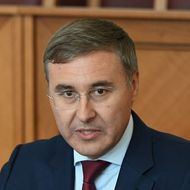 We all know Nikita Anisimov very well. Five years is sufficient time for us to appreciate his work as Rector of the Far Eastern Federal University, the vanguard of Russian science and education in a region of geostrategical importance. Both the region and the university are very important, which makes his working experience so unique. I think he knows HSE University quite well. Mr. Anisimov has been an active participant of the Global Universities Association. FEFU and HSE University have established a good relationship by implementing a number of joint projects.

It is hard to overestimate the contribution of Professor Yasin to HSE University and, on a broader scale, to the modern system of Russian science and education. In my opinion, Professor Kuzminov managed this university very carefully and consistently for all these years. Having decided to take a new position, he will be wanted not only at HSE University but also as a person with unique competencies and a broad outlook as well as someone who will be able to pay more attention to the most challenging issues of science and higher education.

The HSE Acting Rector thanked the Russian Prime Minister Mikhail Mishustin for the vote of confidence and said a few words about himself. He emphasized that he is an MSU graduate who ‘comes from the HSE family’. In 1978—the year he was born—his parents graduated from MIEM (Tikhonov Moscow Institute of Electronics and Mathematics), which is now part of HSE University. 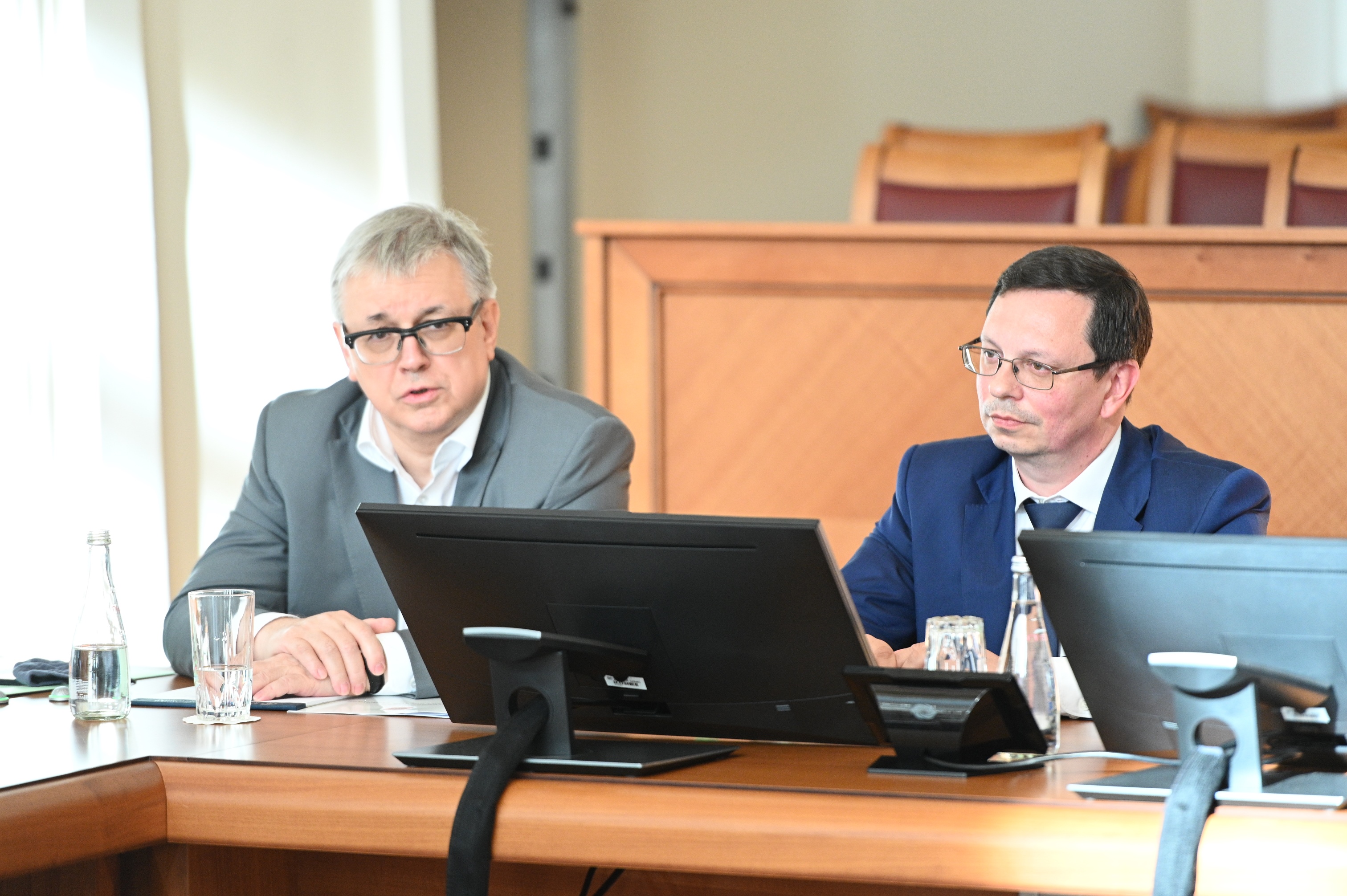 Mr Anisimov mentioned that there is a large number of joint efforts between HSE University and FEFU. FEFU was established as a federal university under a special programme run with the participation of HSE University. Over the past few years, HSE University has cooperated with the Far Eastern Federal University (FEFU) to launch quite a number of unique projects. They include a double-degree programme, with the first group of students receiving their diplomas next year, two mirror laboratories, and the Education Management Programme for teachers of the Far East.

'Professor Kuzminov is a mentor for all of us. Prof. Kuzminov has played a vital role in the Global Universities Association—he was its leader and organizer, breathing life into each stage of the Russian Academic Excellence Project: 5-100 aimed at increasing competitiveness of Russian universities, as well as into the system of higher education at large. I am happy to receive an opportunity to work together.

Professor Kuzminov says that there are about fifteen strong management teams in Russia. But I would say that HSE University boasts the strongest management team, together with which we will be building a new educational environment in Russia.

I am a mathematician and I see a person in this room who has graduated from the same department. However, HSE University is developing not only mathematical but also natural sciences. This is another area which I will try to fill with more dynamics. With the HSE team, we are going to build a new economy of a new Russia. HSE is a symbol of the country’s academic success.' 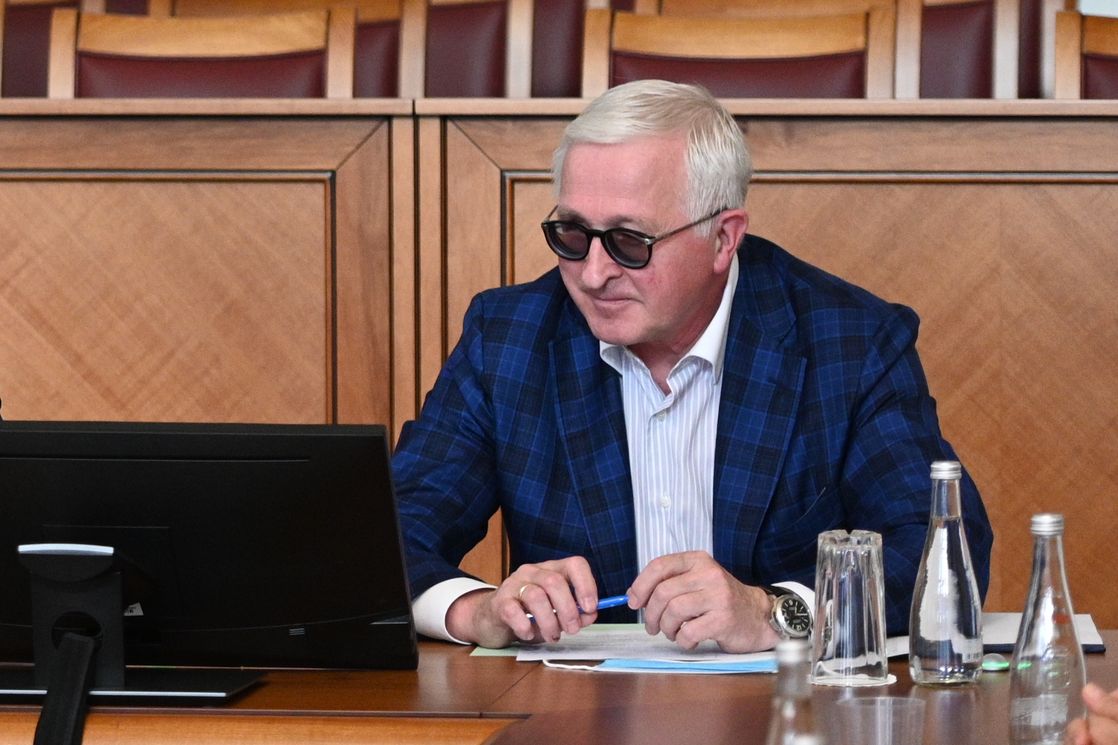 Alexander Shokhin thanked Nikita Anisimov for his ‘commitment to engage our colleagues in the discussion of HSE University’s prospects,’ saying that intensive efforts should be channeled into these discussions to ensure the team continuity and improve the performance in certain areas. ‘We are ready to shoulder this work. Prof. Kuzminov, who was appointed Academic Supervisor yesterday, Prof. Yasin, as Honorary Academic Supervisor planning to implement some ambitious projects, and myself, as HSE President, are willing to work with you and our colleagues,’ said the HSE University President. 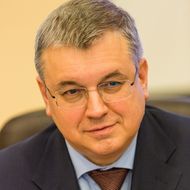 HSE University demonstrates very good academic stability and is capable of conceiving projects not only at the level of leaders, but also at the level of departments. The present leaders’ objective is to search for and select leaders of the future. This is a real—although not the only—advantage of ‘our academic corporation.

Yesterday, many of you were concerned about whether the person selected by the government and approved by the President would be able to fit in with the HSE University’s core values and culture. Yes, HSE University is stable and cannot be ruined by a new person. I did my best to instil confidence in you about that. Now you see that it is not false confidence. Nikita Anisimov is a person I have worked with for over a decade. I have known him since he was Vice Rector of the Moscow State University. He has always been there for us, always interested in what we were doing, trying to learn from us. I think he is one of the most efficient top managers in Russian education today and a kindred spirit of our university.

I can assure you that leading the Far Eastern Federal University was one of the most challenging missions in Russian education. This is a university that represents Russia in the Far East. The university is operating in an academically difficult region, and it is a super-challenge to manage it. Yet, Mr Anisimov has managed to address this challenge successfully. We are watching the achievements of FEFU and we have always assisted Prof. Anisimov. We are currently implementing two joint programmes. We know that university, we often visit it, and we feel at home there.

Nikita Anisimov has addressed complex and ambitious issues, and his appointment as acting Rector of HSE University is good luck for him (I hope) and for all of us. Rector is a person able to shoulder responsibility for many areas without giving in (primarily, in terms of administrative decisions). He should not only represent the university, but also defend its interests. Many of us have such experience as high-profile experts, not as managers. Therefore, I believe that Nikita is the best candidate for this post. Furthermore, he is very young. 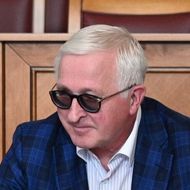 My colleagues expressed their regrets at Prof. Kuzminov’s resignation during the meeting of the Academic Council yesterday. I could sense concerns and anxiety. However, his words and our own feelings suggest that the acting Rector is that very person who can give a boost to the university. He will be able to ensure synergy of the competencies we have accumulated for years and a fresh vision ensuring a new stage for HSE University. 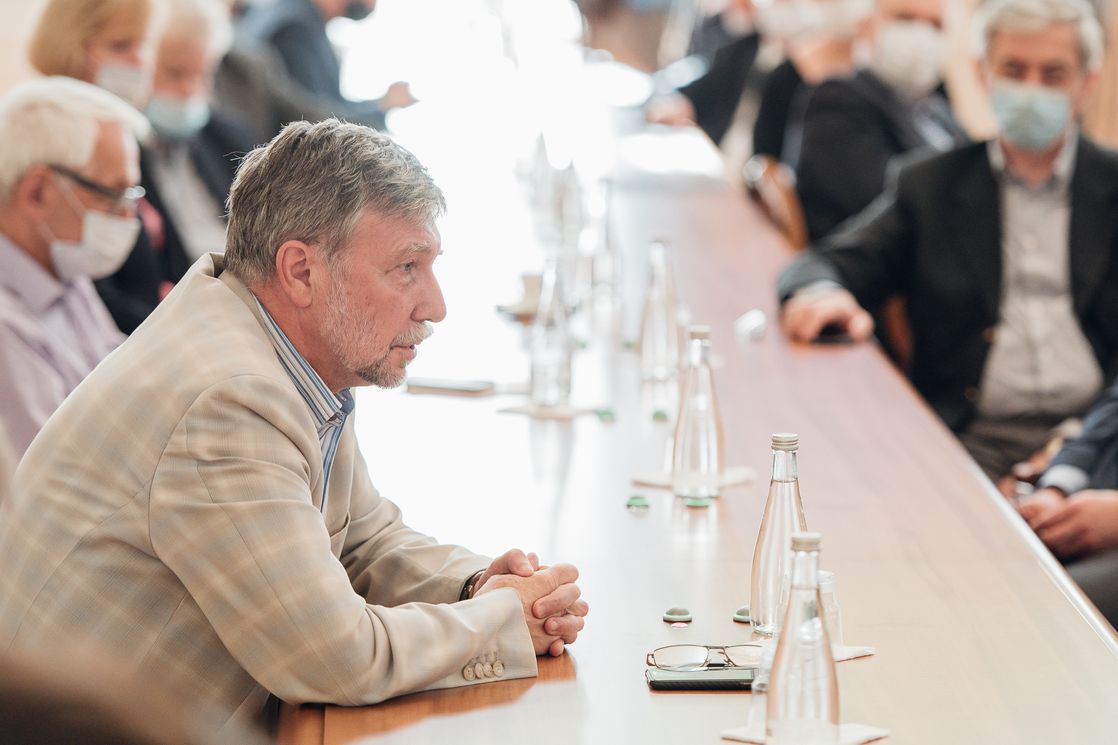 First Vice Rector Vadim Radaev believes that the appointment of Nikita Anisimov is a good decision. ‘Many of us know Prof. Anisimov as an academic and university person with a solid managerial background.’

Vice Rector Sergey Roshchin said that he had frequently visited FEFU while working on joint HSE-FEFU programmmes and that he had known Nikita Anisimov for a long time. ‘It so happens that we have been working with Nikita Anisimov for over ten years, since we were at MSU. I have maintained a constant dialogue with him, keeping in touch at every stage of his academic management career, whatever position he held and whatever issue he had to address. We have enjoyed constructive cooperation, and I am privileged and happy to see his growth as a manager in higher education,’ said Sergey Roshchin.

Alexander Tonevitsky, Dean of the Faculty of Biology and Biotechnology, pointed out that the acting Rector is young and that he completed his secondary education at the age of 15. He studied at the MSU Mechanical and Mathematical Faculty and defended his dissertation at the age of 21. Then he managed to build a successful career as a top executive in the field of higher education. ‘A lot of good words have been said. We are striving towards some very ambitious goals. We’ll see whether or not we will be able to achieve them. But I know that my colleagues and myself will support Prof. Kuzminov and Prof. Anisimov in their endeavours,’ summed up Alexander Tonevitsky. 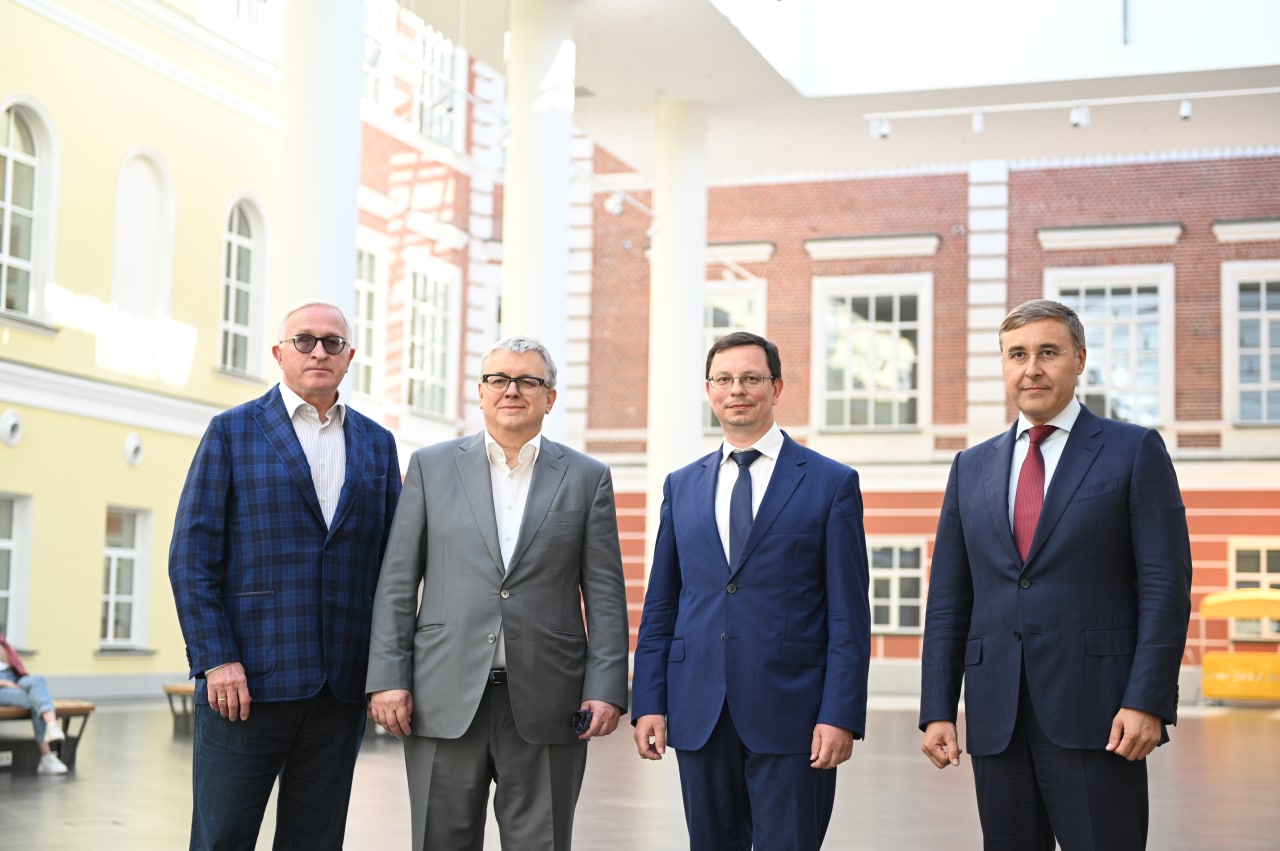