The project was founded by the Lyceum in 2014. Initially, the founders cooperated with orphanages and nursing homes, and then, in 2016, began to focus on helping animals.

The Charity Market team is currently made up of about 40 Year 10 students, divided into three groups: chefs, PR specialists and designers. Mostly, they work with another Lyceum team, the ‘Event Planners’, who have featured in HSE news before and are responsible for organizing events such as discos and concerts. The chefs cook food and prepare drinks to be sold at the market. The students responsible for PR produce posters and write posts, informing the wider Lyceum community about the upcoming event, and the designers do the decorating of the venue.

The team participates in most Lyceum events, whether it be a disco, standup comedy night or an Open Day. The amount of donations collected depends on the type of event: if the event is ‘closed’ (i.e. where registration is necessary), then the average amount is 7000 rubles. If the event is open to the wider public, the team can make between 10 000 and 30 000 rubles. For example, at the Open Days, which were held this year for students starting in Year 10, participants organized two markets and made 36 500 rubles. They donated this money to the ‘Pick up a Friend’ charity. Lyceum students usually organize at least ten markets a year. 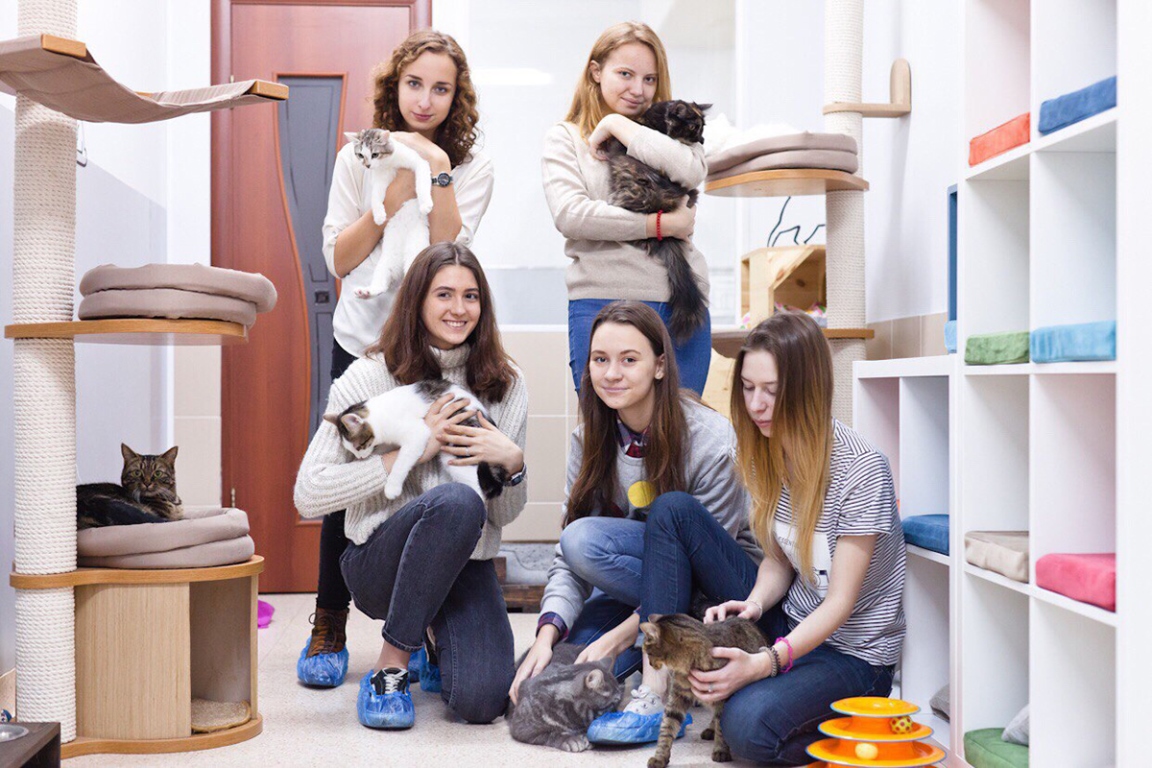 ‘I found out about Charity Market during Orientation Week. Orientation Week is the first three days of the school year, when Year 10 students are told all about the Lyceum and learn about the various projects that Lyceum students can get involved in,’ says eleven-year-old Elizaveta Karyagina, student in the Psychology track and a past project leader. ‘I have been involved in the project since I started studying at the Lyceum. Charity Market appealed to me initially because of how brightly and enthusiastically it was presented. The girls then organized a market and regaled us, the Year 10 students, with interesting stories about the project and showed us videos. Of course, I also really like animals. At home we have a Corgi and a cat.’

Elizaveta has since handed over her responsibilities to Year 10 students, Anna Kozeko (in the Humanities track) and Barbara Chekanova (in the Psychology track), since beginning to concentrate on preparing for university.

‘I learned about the Charity Market last year at the Open Day and immediately fell in love with the project,’ says Anna Kozeko. The project appealed to her because it demonstrates selflessness and altruism, which, she believes, are hard to come by in today’s world. Anna enjoys music, foreign languages and working with children, and wants to one day work as a counselor and teacher. ‘I would like to help inspire children and further their development,’ she says. Before becoming involved in Charity Market, Anna did not work with stray animals- it all started the moment she joined the project team. Now Anna helps out at the shelter on a regular basis and even makes her own donations.

Project co-director, Barbara Chekanova, learned about Charity Market from a post on social media. ‘I was looking for a project to join. I chose this one because I wanted to help people and do something meaningful during my studies’, she says. ‘This project is the perfect opportunity to do so: firstly, I can help animals and make the world a little better, and secondly, I am part of a team made up of kind and creative people.’ At home, Barbara has a cat and a dog. Prior to starting at the Lyceum, she had not been involved in helping out at animal shelters.

Charity Market cooperates with the student charity organization, ‘Open Your Eyes’ (Russian: Открой глаза). Funds raised by collective events go into a joint piggy back and are then donated to a charity chosen by both groups.

Inherited Altruism: How the Family Supports the Culture of Volunteering

The main channel for transmitting the value of volunteerism in Russia is from parents to children, HSE University researchers have found. Younger generations in families begin helping others as they grow up, following the example set by their elders.