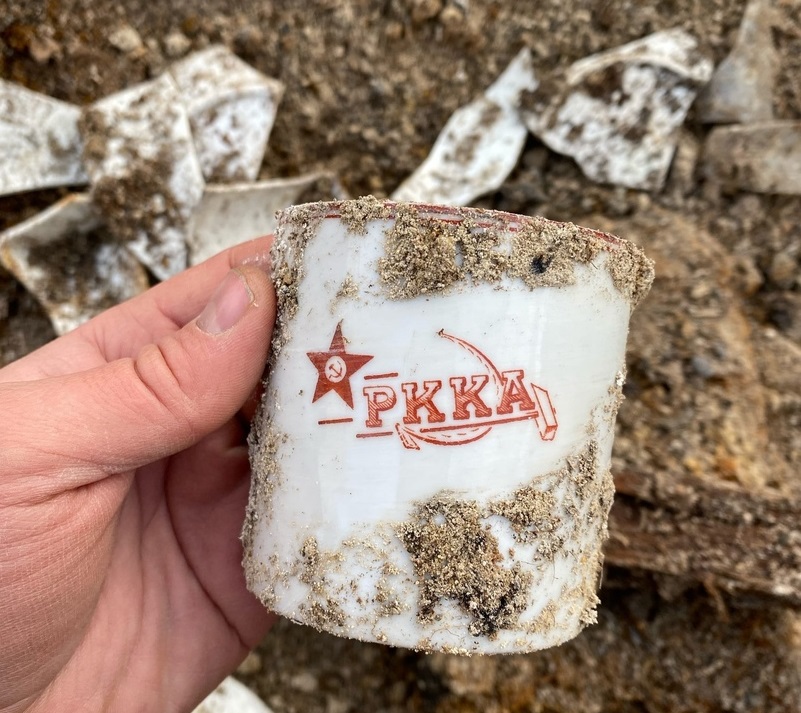 Rescue archaeologists are playing an active role in the construction project of a new HSE University building in the historical area of Nizhny Novgorod. Their main aim is to ‘find, research, and rescue’ items of archaeological interest, says PhD Igor Chechushkov, Candidate of Historical Sciences. In his interview to the HSE News Service, he speaks about the artefacts discovered at the construction site.

— Mr. Chechushkov, why does the construction of the new HSE building involve archaeological surveys?

— The whole upper part of Nizhny Novgorod is a large archaeological site. People have been living in that area and developing it for many centuries. Naturally, material remains have accumulated in the earth and formed what archaeologists call a ‘cultural layer.’ This layer can hide a variety of objects and traces of human activity—foundations of buildings and middens for different purposes—cellars, wells, tombs. We are responsible for digging out and preserving this cultural material and the history of the city.

— What have you discovered so far?

— We have found a few objects dating back to different times. Unfortunately, we cannot fit them into an overall picture. The cultural layer has been badly damaged by 20th-century buildings, so we have only managed to find artefacts from different times. The earliest material dates back to the mid-18th century, and the most recent artefacts belong to the post-revolution period of the 20th century. 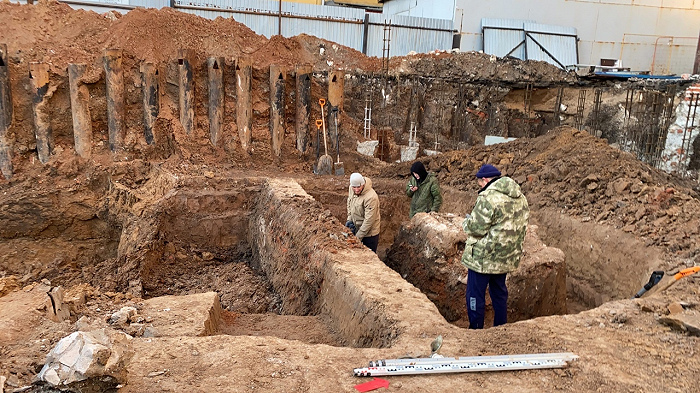 — What is ‘archaeological material’? What artefacts have you discovered during the excavation?

— Archaeology deals with material culture, which is a general term for any items from human life and activities—everything made or given shape by humans, including buildings, tombs, and the things found inside them.

We have discovered a number of objects—a well, a cellar, and a few middens of unknown purpose. They form part of the cultural layer, where we can find items made of glass or metal among organic residues. These objects are less susceptible to destruction.

For instance, we found a fragment of ornamental ceramic tableware. This vessel was quite large and must have been used for storing loose products. It looks quite ancient, and it was made on a pottery wheel and then baked in a coal or wood-burning kiln. This suggests that it is an item of handcrafted tableware dating back to the 18th or 19th century.

We found a total of three large objects. The first was quite a large midden, which contains the oldest archaeological material: a Russian copper coin (dating to 1759, the time of Elizaveta Petrovna, Russian Empress). However, the coin is likely to have fallen there accidentally and tells us little about the age of the midden itself, which must have been built later on the grounds of the mansion of Elizaveta Ivanovna Kryukova, wife of Nizhny Novgorod Governor Alexander Semenovich Kryukov. 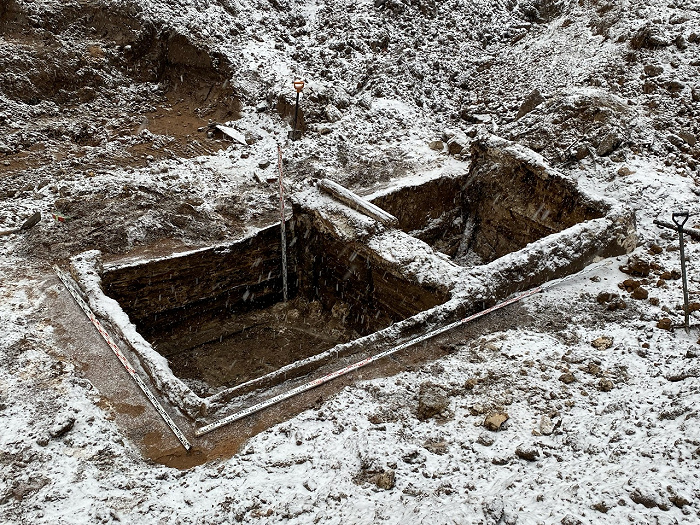 The second object we have found is a well. Its outline was discovered at a depth of 6 metres from the surface. All of its aboveground structure was destroyed, so only the underground part was suitable for research. We found material from different periods there, the earliest of which dates back to the 19th century.

Our third discovery is a cellar with two rooms. It is a later structure, dating back to the first quarter of the 20th century.

Our findings there are quite interesting—among pieces of broken porcelain crockery (only former Russian imperial porcelain factories made porcelain items in the 1920s), we found two fragments of elaborate thin-walled cups decorated with symbols of the Workers and Peasants' Red Army (Soviet Army, Russian abbreviation: RKKA).

Personally, I think this is a very curious find. It appears that after the 1917 Revolution, the factory, which used to produce crockery for the Russian Empire, was converted to produce what we now would call ‘merch’ items for the Red Army.

— What will happen to the artefacts you have found? Will there be other surveys?

— This type of archaeology has been called ‘rescue archaeology’ since the Soviet era. The main objective of archaeologists is to excavate, record, and analyze everything they discover, while taking photos and making drawings of each finding. Once this is done, construction will resume.

HSE researchers Irina Arzhantseva and Heinrich Haerke from the Centre of Classical and Oriental Archaeology (Faculty of Humanities) have been involved in the discovery of the earliest domestic cat yet found in northern Eurasia. The presence of Dzhanik (as the archaeologists have begun to call the tomcat) implies that there was a reasonably large settlement with a sedentary population even 200 years before it was surrounded by big walls and was called a town.

Shedding Light on Mysteries of the Past

Michele Minardi, from Italy, holds a PhD in Archaeology from Sydney University and has spent a number of years in investigating Karakalpakstan in Uzbekistan. He has recently joined the team of Centre of Classical and Oriental Archaeology of the Institute for Oriental and Classical Studies as a Research Fellow. We spoke with Michele about his projects, teaching methods and expedition plans.

‘The Sense of Doing Something New Appeals to Me’

Professor Heinrich Haerke, a renowned archaeology expert, has been cooperating with HSE University researchers for a long time. This year he has joined HSE as a Professor at the recently formed Centre for Classical and Oriental Archaeology. He has talked to HSE News Service about his research interests, field projects, and teaching archaeology.

History students and colleagues from the Institute of Archaeology of the Russian Academy of Sciences travelled to an excavation site in the North Caucasus region of southern Russia. HSE News Service spoke with Professor Andrey Vinogradov of the Faculty of Humanities about the burials they discovered, field work, and the joys of archaeology.

From Archaeological Dig to the Lecture Room

In 2013 the HSE Saint Petersburg Campus organized archaeological field work for students over the summer in Staraya Ladoga, about 120 kilometers away from the city. Adrian Selin, HSE Professor of History, told us about his impressions of the expedition and his future plans for archaeological research.