Preparatory Year programme at HSE aims to help students learn Russian language in order to subsequently apply to Russian-taught Bachelor’s and Master’s programmes at HSE or other Russian universities. Two recent graduates of the programme share their impressions. 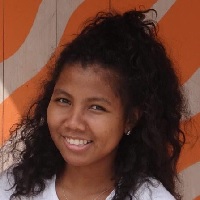 For 19-year old Andrianantenaina Hasinavalona Patricia, currently a second-year undergraduate in the Culture Studies programme, coming to Russia to study in HSE’s Preparatory Year programme was the first time she had lived away from her family in Madagascar. It was a difficult but rewarding experience.

While she was satisfied with the conversational Russian she learned in the Preparatory Year, if Andrianantenaina could make one change, she would have the programme focus more on academic language.

‘Something that maybe can be added to the programme is academic speech…for lectures, seminars, and so on’, she says, adding that she felt some of the professors weren’t always aware of their language skills when Andrianantenaina and her international classmates began classes. ‘So the thing that I want to change is that I want it to be possible for foreign students and Russian students to study together more easily like in other universities’.

Despite the initial challenges with language preparation, Andrianantenaina is enjoying her time in the Cultural Studies programme.

‘It’s very interesting because It aims to enhance and celebrate cultural experiences – to enjoy culture by analysing it and its social meaning’, she says. ‘It’s also interesting because Cultural Studies deals with culture as a part of everyday life. In this programme, we study a lot of things: history, philosophy, language, religion, art and so on. Everyone thinks that we study only Russian culture, but we also study other cultures, such as that of France, which makes it really interesting’.

As for her future plans, Andrianantenaina hopes not only to continue her friendships with the people she’s met at HSE, including from the Preparatory Year, but to someday work in the Ministry of Culture of Madagascar. Her dream is to help show her country’s fascinating culture to the world so that people in other countries have the opportunity to learn about it. 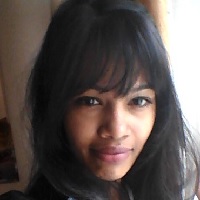 Divani Kuruppi, an undergraduate from Sri Lanka in the Software Engineering programme (Faculty of Computer Science), agrees, saying that the Preparatory Year was a very remarkable time period that was both educational and entertaining.

‘I learned not only Russian language, but also common Russian manners and how to react in social situations too’, Divani says. ‘But I'd like to mention that it would be really helpful to continue studying Russian language even after the preparatory year as it is difficult to understand the lectures because of many new terminologies specific to our own study programmes. If possible, it would be great to learn those terms even in the Preparatory Year’.

Students of the Business Management programme have published their research stories on the AIM2Flourish international platform. These stories are about modern sustainable innovations in business.

The Post-Soviet Track and New Regionally Oriented Classes: Updated Curriculum of the Bachelor's Programme in Political Science and World Politics

This year the bachelor's programme 'Political Science and World Politics' is launching a new regional track, the Post-Soviet Space. We have talked to Anna Dekalchuk, the Academic Director of the programme, to learn more about the updates made for our future and current students.

Almost all applicants would like to get a sense of their chances of being accepted to HSE University, without having to wait for the results of their entrance exams and the application process. Now you have the opportunity to do so!

‘I’m Grateful to HSE University for the Knowledge’

Is it possible to learn the Russian language perfectly in a year? Why management is more interesting than physics? What makes Russia an attractive study destination? HSE News Service has talked to Guillerme Gerotto, a second-year undergraduate student from Brazil studying Business Administration at HSE University, about these and other questions.

Ziong Chung Hieu, from Vietnam, is the first year student of the ‘Economics and Politics in Asia’ Double Degree BA Programme which offers students a unique opportunity to pursue two degrees, one from HSE and one from Kyung Hee University. He originally enrolled in HSE’s Mathematics programme last year but soon realized that mathematics was not really close to his heart. Now, after switching majors, he is happy with his choice.

‘The Faculty Has Fully Met My Expectations’