‘I'll Definitely Be Here for the New Year’

On December 20, the students of the International Preparatory Year programme at HSE’s Moscow campus got together to usher in the New Year in true Russian style. They all first arrived in Moscow this September with zero or very limited knowledge of Russian. So, their programme started with an intensive course of Russian as a Foreign Language. Now, three months later, they have already mastered enough Russian to make mini-presentations, perform sketches, take part in a Russian culture quiz, and solve Russian riddles.

The teachers of Russian as a Foreign Language who have been working with students these past three months helped them to prepare and rehearse for the show. Students from Botswana, Indonesia, Congo, Vietnam, and South African Republic made presentations in Russian about their national New Year’s and Christmas customs and traditions. Other students did sketches in Russian. One group presented a modern rendition of the classic Russian fairytale ‘Turnip', with students from different countries taking on the roles of grandpa, grandma, their granddaughter, a dog, a cat, and a mouse, who all join in an effort to pull out a gigantic turnip from their garden. Another group did a reenactment of a popular Russian cartoon. The students also recited famous Russian poems and sang popular Russian New Year’s songs that they learnt during their lessons.

All students who took part in the performance got presents from Russian Grandfather Frost and his Granddaughter Snegurochka (the Snow Maiden). And, of course, the evening ended with everyone singing a traditional Russian song about the New Year’s tree!

Most preparatory year students will be staying in Russia for the winter break, which will give them a chance to take part in the festivities and enjoy the Russian winter. 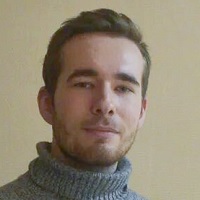 I've always had a love for the Russian language, and especially Russian literature and history, so I thought, why not come to Russia.  I've already had two holidays here. I first came during the summer, two years ago, and then came during the last Novy God (New Year’s holiday), and that was fantastic. I've never seen snow before I came here, so to me, it's just magical.

I'll definitely be here for the New Year's. I know that it’s a family holiday. Generally, relatives get together around the table, if I remember correctly, eat lots of food and discuss random things, listen to songs and watch Putin on TV for a couple of minutes, then they would go out and watch the fireworks. I've got some Russian friends, so I'm going to join them, and we're going to get together, sing some songs, both English and Russian, go out and watch the fireworks. It’ll be a beautiful perfect night.

Before starting this Prep Year programme I could read Cyrillic and I knew a few basics. For me, the listening part is the most difficult. When I say 'Izvinite, pomedlennee, pozhaluista' (Could you speak slower, please), most Russians speak louder instead of slower, so it can be hard to keep up with the spoken part of the language.

I like watching Russian cartoons, like Karlson, Kotenok Gav, Prostokvashino, and Cheburashka. They help me improve my listening skills, and they are really cute. I also go to the cinema and theatre as much as possible. For me, it feels like Moscow is such a cultural centre. I've already been to Novosibirsk, Veliky Novgorod, Nizhny Novgorod, Kazan, and St. Petersburg but I would say that my favourite city is Moscow. St. Petersburg was a little disappointing, actually. I've read lots of Russian literature, such as Gogol and Pushkin, and Dostoevsky, and was expecting it to be this beautiful place, like Nevsky Prospekt. I got there and there were just cars and people walking about. It wasn't that special. Moscow, on the other hand, always seems to entrance me. There are these beautiful night walks on the Red Square or in Gorky Park, for instance. Besides, you can get lost at any metro station here and just discover something new and beautiful. 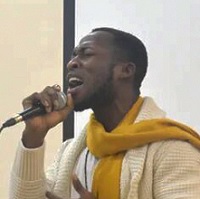 I really like being here, in Russia, because I realize that Russia is one of the most beautiful places that everyone should visit if they travel to Europe. I enjoy my time here, apart from the weather, obviously, and people who smoke. The architecture is beautiful and there are a lot of nice places. There is a lot of history – there are great museums – which I like.

It’s very cold in Russia in winter so it’s not that easy for me but I got enough warm clothes on the advice of my friends. I like adventure so I’d love to try skating or skiing while I’m in Russia. I’m staying here for the New Year because I want to experience everything in Russia.  I’m sure the celebration here will be different from what we do in my country. I hear that in Russia the New Year is a grand holiday, bigger than Christmas. I’m looking forward to seeing it myself. I already see that the city is beautifully decorated – there are lights everywhere. We plan to go out on December 31 and mix with international students and the locals. 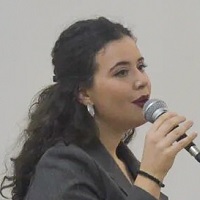 I didn't actually plan to come to Russia, but since my childhood I used to be connected with Russian culture, with literature, music, traditions and so on because of the Slavic tradition and similar language. For my Bachelor’s I studied international relations but nothing was dedicated specifically to Russia. So, after finishing my Bachelor’s, I decided to go to the East.

When I came, I literally knew only spasibo and pozhaluista but now I can speak the language. I just found out that for me it could be easier because many things are similar, for example, noun cases and so on. But still, sometimes it can be very tricky, because there are 'false friends' - the same words, but with different meanings.

I’ve already got used to many things which were strange for me in the beginning. It's just a different culture. The climate is a big challenge for me. I'm coming from Montenegro, and it can never reach below zero in November. Even if it's one or two below zero, for us, it's Siberia. And now, it's minus 13 or 14! And you say to Russians: 'ochen holodno' (very cold). They reply: 'eshe ne holodno' (it’s not that cold yet). In the first few days, I was literally feeling as if I was in a freezer, but now I've already got used to it, and I like one saying in Russian that says that there is no bad weather, there are just bad clothes.

On July 18, graduates of HSE’s International Preparatory Programmes had much to celebrate. For many, the day not only marked the last day of a rigorous programme, but the beginning of their next step in their education journey: enrolling in bachelor’s and master’s programmes at HSE University. Students and their instructors celebrated the occasion with a festive graduation party that included awards, poster presentations, cake for all, and even a Russian folk music performance.

Having fallen in love with Moscow and the Russian culture during an exchange programme three years ago at HSE, Alis Maria Endres, a native of Germany, decided that she wanted to return to the university to complete a Master’s degree in management. In order to be able to study in Russian, Alis Maria first enrolled in HSE's International Preparatory Year programme.

On July 12, HSE officially congratulated the graduates of the 2018 Preparatory Year programme. The 10-month intensive course, which was introduced at HSE in 2015, is designed for international students with little or no knowledge of Russian who wish to undertake Russian-taught full-degree programmes. The curriculum focuses on basic language skills (reading, listening, speaking, and writing) and students are able to study in their chosen academic field (humanities, economics, or engineering). This year, young graduates from 40 different countries attended the ceremony, where they were congratulated by their teachers, friends and families.

On November 15, international student admissions for undergraduate and Master’s programmes opened. This year, prospective students can apply to two programmes simultaneously. They’ll be able to track the application process online in their personal profile on the HSE website where they will receive notifications on the stages of their application’s review and decisions by the admissions committee. The documents for visa invitation can also be submitted there.

‘Everyone Finds It Challenging in the Beginning, but I’ve Progressed a Lot, and Now I Can Speak Russian Very Well’

On July 21, 2017, the graduation ceremony for the Preparatory Year programme was held. During the ceremony, more than 170 students from 40 countries received their diplomas, which will enable them to continue their studies in Russia.

This year, HSE Nizhny Novgorod is launching two programmes of Russian as a foreign language. Course participants will be eligible for tuition-fee discounts on HSE's full-degree programmes.

Learning to Speak and Write in Russian

HSE’s Preparatory Year trains international students with little or no knowledge of Russian before they begin Russian-taught full-degree programs. Over 10 months of intensive study, students improve their language skills (reading, listening, speaking, and writing), study in a chosen academic field (humanities, economics, or engineering), and adapt to the new educational environment. Upon completing the Preparatory Year, students are expected to possess intermediate-level Russian language skills and be ready to enter Russian-taught full-degree programmes at HSE and other Russian universities.

Over 800 International Students Recommended for Full-tuition Scholarships at HSE

On July 5, the application window closed for international students who made it through the selection process for state-funded spots at the Higher School of Economics. Those students who were not selected are still able to apply to the university for tuition-paying spots, or can enrol in the university’s Preparatory Year programme.