How do you make a 3D printer without a computer or create a programme to monitor brain activity using virtual reality technology? How do you accidently invent your own technology to produce printed circuit boards while working on a prototype? HSE students answered these questions and more as they presented their projects at the Tech Show.

Student teams presented 86 functional prototypes, i.e., engineering solutions to particular problems. Each project had a customer, a technical task and a completion deadline. Students not only created devices, but also developed related documentation, and presented their projects to potential clients.

The best works were presented at the exhibition on June 10, and some of them were demonstrated for the guests. All projects have been assessed by customers and competition committee. Representatives of MIEM partner companies also attended the event.

HSE News Service spoke with the student teams behind four projects that reflect the principles of the international approach to engineering education CDIO (Conceive-Design-Implement-Operate).

The goal of the team’s project, which was ordered by HSE University, was to provide a low-cost and effective device for exploring underwater space and examining engineering facilities. The remote-controlled device looks and moves—absolutely silently—like a real eel. It does not disturb water life and can reach areas that are otherwise inaccessible.

One of the key components of the project consisted of homemade printed circuit boards and a silicone frame. While the students managed to create the frame using a conventional heater, they had to experiment with the boards.

Initially, in order to get the light of a special film through a stencil, we used a manicure drying lamp, but then we built a more complex device with a timer. We could have made the boards at HSE, but it takes a lot of time to get there, and the technology was not that reliable. It is based on the mechanical removal of metal from the workpiece, and this limits the minimum size of the track on the board and can result in a hitch, a short circuit or simply the detachment of unnecessary metal. While the aesthetics of our device was not so important, we nonetheless needed to get flat tracks to apply the mask (a thin polymer green layer). In addition, the photolithographic method with the lamp still had to be used to protect the board from corrosion and mechanical damage.

Storage and data processing system for housing and communal services

This project helps to create a single ecosystem for consumers, housing and communal services, and the banking sector. The system will collect and process meter data (i.e., electricity usage in Russian homes). The service will simplify work between housing and utility services and management companies, as well as allow the central banking office to work more effectively with payment information from different cities. 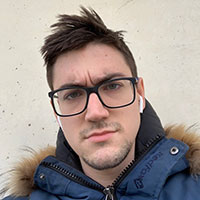 What made us most excited about this project was that the client was a major Russian bank. In addition, we were allowed to build our own service architecture — this was also a great incentive.

I always want to try out new technology and frameworks, but my main job doesn’t let me quickly create and test the project on production. So, for me, this service was an opportunity to learn something new.

As for working in a team, we knew each other before the project and even tried to code something together, so the process was almost intuitive. It turned out that everyone learned quickly what to do and how to do it.

The app allows users to track the activity of specified accounts. You can monitor posts by keywords, as well as determine the emotional connotations of a text and generate notification statistics. The application will help organizations simplify the process of analysis of social network data, determine the attitude of users to specific events, and summarize market research. 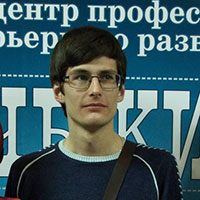 The task of determining the tone of a given text is often completed in English, so with Russian things are a bit more complicated. Almost everything that we originally planned to do didn't work, and we had to look for other ways to do it. It might seem that everything already exists on the Internet, but in fact it is not easy to find suitable methods for each task, much less implement them.

Difficulties mostly arose when preparing various reports—videos, presentations, posters and other things—since we had to pause working on our main project.

This project aimed to create an integrated optical raman spectrometer chip to determine the composition of a test substance. The project was requested by German aerospace centre DLR with the support of SCONTEL and Moscow State Pedagogical University. The device measures the radiation spectrum of chemical elements that make up a substance. This gives information about the substance composition, its origin or properties. 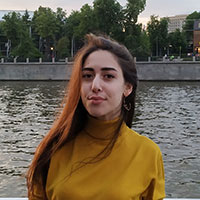 There was a lot of team work on a real project with cool customers, and we met a lot of new people. The only thing that we missed was the laboratory equipment in MIEM, as it is difficult to get access to the equipment at the enterprise, and it doesn’t always work well. But if we could come and twist the handles of the lithograph any time we needed, the result would have been better, and working process would have been more interesting, as we would have had more motivation. 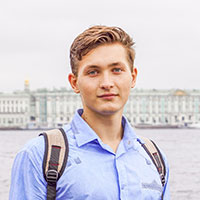 In terms of commercial implementation, the project has great prospects. There currently is no raman spectrometer integrated onto a chip in the world yet, and we have almost developed it. First of all, the device is designed for research enterprises, laboratories, and universities. But in the future, a device for home use based on our spectrometer, which could determine the composition of products in a store, can be developed.