The Mission of New Universities 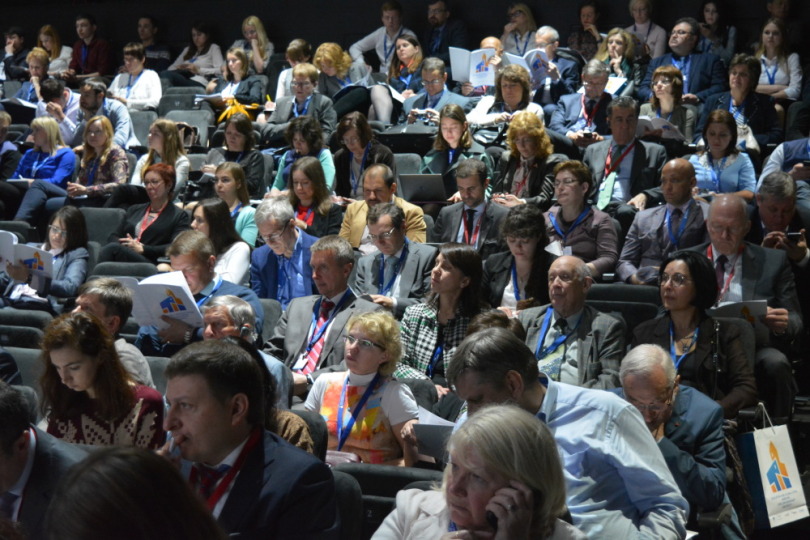 On May 19-21, St. Petersburg hosted the third International Conference on Education and Global Cities: Horizons for the Contemporary University. The conference saw the participation of representatives from universities in Hong Kong, Torino, Newcastle, Beijing, Oslo, Brussels, and beyond. It also featured more than 20 plenary sessions, round tables, lectures, and seminars.

The Director of HSE’s campus in St. Petersburg, Sergey Kadochnikov, had this to say in his opening speech:

‘Contemporary economics requires us to find and develop new ways for the Higher School of Economics to work with the business community and society as a whole. Our conference was conceived as a platform that strengthens cooperation between education, business, and society, and the main focus of this year’s conference will be on the wide array of missions that the modern-day university pursues. At a time when many countries are observing slower economic growth, deep structural reforms become unavoidable, and people largely look to universities as new economic agents capable of growing rapidly. One the one hand, universities are becoming larger taxpayers and employers, and on the other, they ensure that there is an influx of younger people who are more receptive to innovation and who can guarantee rapid growth for a new business. At the same time, they are able to change the face of a city entirely.’

Participants of the conference discussed topics that are important for more than just universities. Key topics for discussion included:

Kevin Downing, who is the Director of Knowledge, Enterprise, and Analysis at the City University of Hong Kong, discussed how universities should pursue a mission that focuses not only on ensuring economic growth for society as a whole, but also on adequately organizing the structure of the university itself. This includes a properly distributed budget, a high quality and active teaching staff, a large number of academic citations, and an ability to compete at the national and international level.

Lorenza Operti, the Vice-Rector for Academic and International Affairs at the University of Turin (Italy), used the example of her own university to present a paper on how universities and the industrial sector work together. Specifically, she noted that the majority of industrial companies in Italy do not have their own research and development (R&D) divisions. Because of this, companies rely on universities, which in turn cooperate with the real sector of the economy.

John Goddard, Emeritus Professor of Regional Development Studies at the Centre for Urban and Regional Development Studies of Newcastle University, shared his research on the development of Britain’s provincial towns and cities. He highlighted the role universities play in solving problems relating to such towns’ environmental sustainability, health, and cultural development. Researchers from an array of different backgrounds and specializations used the towns where they work and live as a laboratory, as the modern city has simultaneously become an object of study, a field for research, and a platform for developing interdisciplinary cooperation. In working on the problem of sustainable urban growth, universities have made their contribution to how their surrounding environment is controlled.

Zhou Zuoyu, who is the Vice President of Beijing Normal University, talked about how universities constantly play a dual role. On the one hand, they have to be conservative from a traditional perspective, but on the other, they are expected to change, grow, and show creativity.

A key topic of discussion at the conference was the question of how universities should structure their educational processes so that students are able to meet the demands of the labour market upon graduation.

Professional training is a key factor in the economic development and social well being of individuals and society as a whole. Aside from professional skills, the modern economy is in dire need of social and behavioural skills as well. In order for businesses to better create a national system of qualifications and implement methods of professional accreditation, there must be a stronger relationship between labour markets and educational institutions.

HSE Vice Rector Sergey Roshchin said he was certain that the labour market now had a stronger need for competencies, not diplomas, and because of this, universities must ensure that students have a universal skillset. Lastly, it is up to universities to develop truly interdisciplinary educational programmes and create solid learning networks. 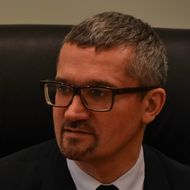 At the end of November, HSE School of Linguistics hosted the Uslar Conference — an international event for scholars studying the Caucasian languages. Participants and organizers have shared their impressions with HSE News.

How are students and graduates adjusting and adapting to the realities in their educational and career trajectories? What role does culture play in the sociology of education? How are attitudes towards higher education changing? These are just some of the many questions being addressed over the course a two-day conference entitled ‘Cultural Sociology and Education: Meanings, Choices and Trajectories’ that is being held on December 1-2 at the HSE Institute of Education in Moscow. HSE News Service has spoken to two conference participants, James Hurlbert of Yale University and Amy Binder from University of California, San Diego.

Why Maths at Schools Shouldn’t Be Simplified

A good knowledge of algebra and geometry helps schoolchildren to solve some other types of tasks, including applied ones. These are the findings made by researchers from HSE, Stanford, and Michigan State University in a joint study.

Portrait galleries of renowned scientists, research laboratories right next to large classrooms and auditoriums, educational programmes for students and principals – these are just a few of the things discussed during an excursion around the HSE Institute of Education as part of the Open House project. Victoria Malova, a second-year student in the Evidence-Based Education Policy master’s programme, and Denis Federiakin, a second-year student in the Measurement in Psychology and Education master’s programme, served as the tour guides for the day.