Taming the ‘Black Swan’: Who Will Win the Fight Against the CoronaCrisis 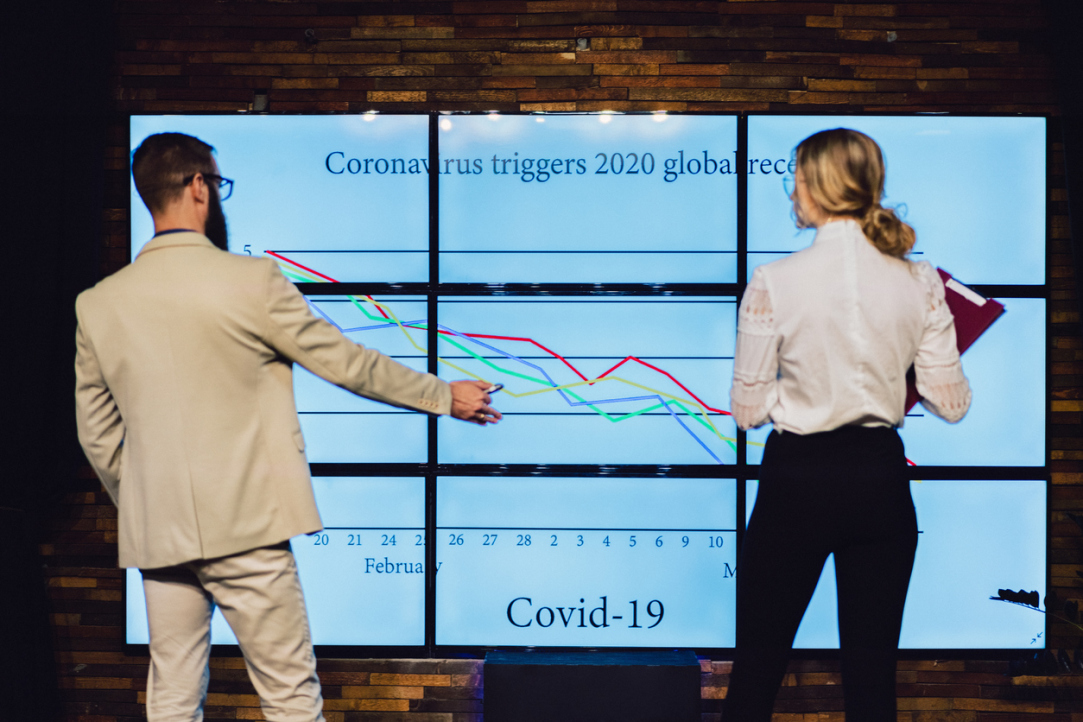 Countries with reserve currencies, sufficient fiscal capacity to implement soft fiscal policies, and access to global capital markets have the best chance of recovering from the coronavirus crisis. The rest may need external assistance. These are the conclusions drawn by Alexei Kireyev, leading IMF economist and visiting professor at HSE University’s School of World Economy.

The black swan, as a biological species, is credited with a connection to dark forces, as an omen of crises in the economy; it symbolises unpredictability with far-reaching consequences. Alexei Kireyev reminded us of this during the January scientific seminar ‘How to Tame a Black Swan’. The event was organised by the School of World Economy of HSE University’s Faculty of World Economy and International Affairs. 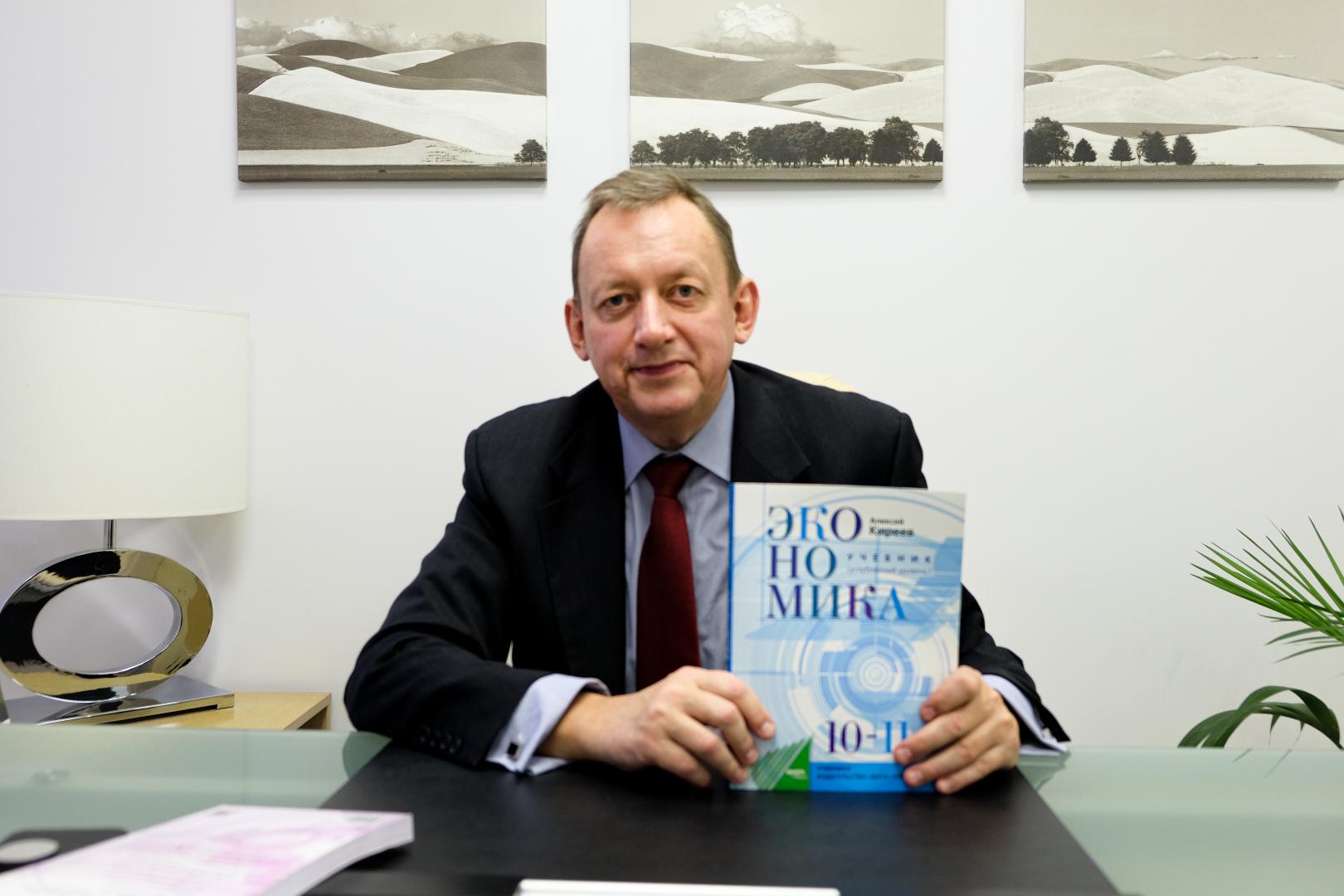 The professor drew a humorous parallel between the geography of the spread of COVID-19 and the order of the guests' dances after the appearance of black swans in ‘Swan Lake’: the Neapolitan dace, then the Spanish dance, the Hungarian dance, and last — the Russian dance. Incidentally, Tchaikovsky composed the ballet at the height of a cholera epidemic.

In today’s situation, there are sufficient resources and tools, to pacify the ‘black swan’. The countries that produce 90% of the world’s GDP and are home to 80% of the world's population have the power to end the crisis. The states where the remaining 20% of the population live have neither the resources, nor the tools, nor the developed policies to deal with the consequences of the pandemic; they need assistance from the global community.

To what extent can governments cope with the crisis on their own? asks Alexei Kireyev. Many governments, he believes, could not pool their resources into a coherent force and fend off threats, because they do not have the tools to assess their own resources. To assess them, the possibility of budgetary manoeuvre, monetary policy, and the scale of reserves are separately studied.

The status of a country’s national currency plays an important role: countries with a reserve currency have more options than those with a closed currency. If the state maintains a fixed exchange rate, it loses reserve capacity and monetary flexibility. If the country can issue its own reserve currency, the reserve capacity is very large, but so far, inflation is low. However, said Kireyev, this is a somewhat simplified understanding. The IMF statute, indidentally, does not define a reserve currency. It usually refers to a basket of currencies which are used to constitute the reserves of national central banks. This basket includes eight currencies: the Euro, the US dollar, the British pound sterling, the Chinese yuan, the Japanese yen, the Canadian and Australian dollars, and the Swiss franc. 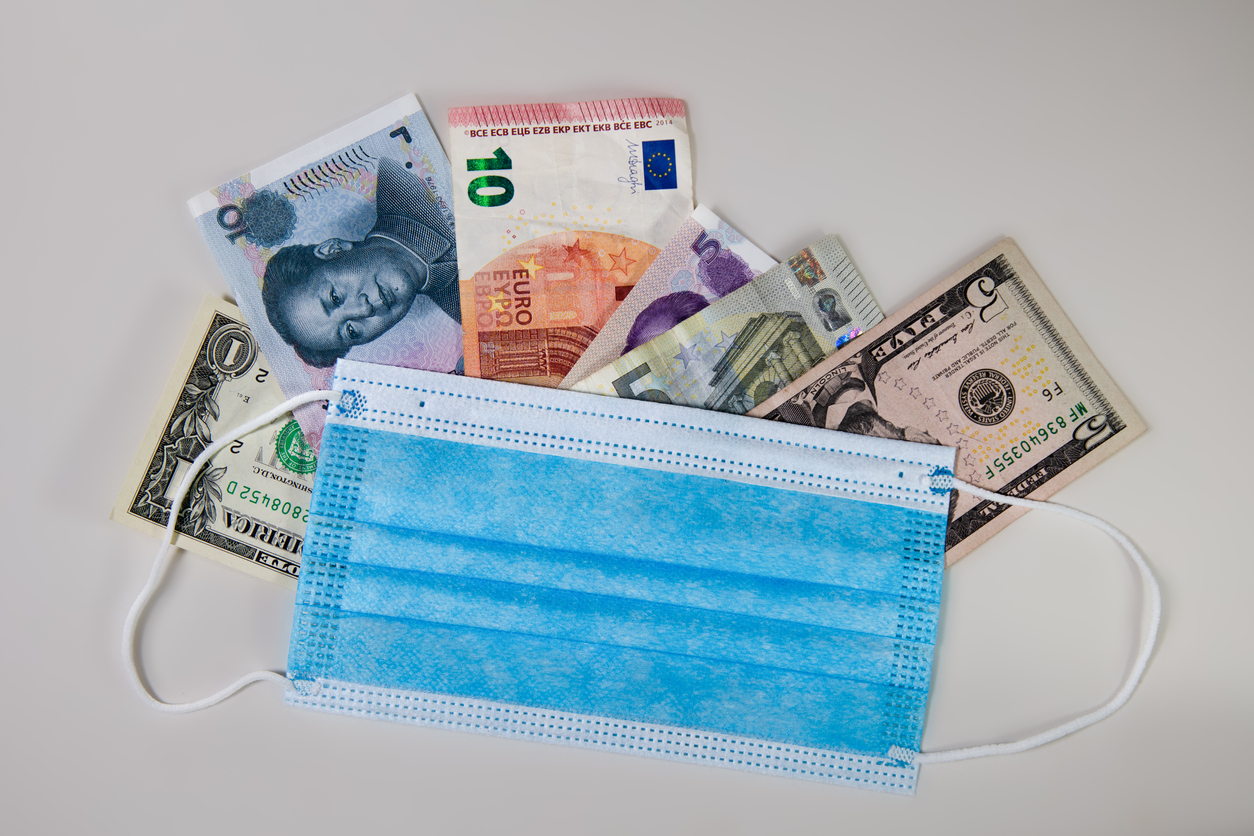 However, there are still questions: whether, for example, the Canadian dollar is a real reserve currency and whether Canada can issue enough banknotes to cover the costs of the crisis; whether the yuan, which is used in settlements between other countries to a limited extent, can be considered a full-fledged reserve currency. According to Alexei Kireyev, only the US and the countries that have swap lines with the US (agreements aimed at maintaining the liquidity of currencies) — a total of six to seven countries — should be considered as having reserve currency status.

Another important factor for accumulating resources to fight the crisis is access to global capital markets. However, if public debt is high, its ability to respond to new challenges raises questions even with access to external financial markets.

Another important indicator of the state’s ability to respond to a crisis is fiscal space, the ability to implement fiscal policy. It is important to understand the limits of increased expenditures and decreased revenues that do not undermine market confidence. The fiscal headroom of countries fluctuates depending on the level of economic development and the quality of tax and other fiscal institutions. A developed country with well-functioning institutions can accumulate a public debt above 85% of GDP, while medium-sized and underdeveloped countries should maintain debt below 75%.

Monetary space should be assessed in terms of the ability to use monetary policy instruments. Right now, in many countries, inflation is below the targets that have been set by central banks. When inflation is low, the regulator can cut the interest rate so that inflation does not exceed, say, 2%, and there is a little monetary space to use money to fight the crisis. However, this is only possible with a floating exchange rate.

A separate point in dealing with the crisis is the accumulation of reserves and reserve space.

After the global financial crisis, many countries took the accumulation of reserves seriously, and when the ‘black swan’ appeared, they exceeded 100% of short-term debt in some countries, which allows three months of financing the import of goods and services

Between 70 and 80 percent of the world’s countries have a solid level of reserves. The question is how and to what extent they should be used. In recent years, there has been a strong belief that reserves are untouchable. They are designed so that in a critical situation a country can pay off loans. However, supporters of this view miss the fact that the main function of reserves is to spend them on a rainy day, and countries can use them at a critical moment. This is especially true of underdeveloped countries, which have about a year's supply of accumulated gold and currency.

At the same time, the current crisis has shown that even economically developed countries need not only financial but also reserves of tangible items — in this case, protective equipment, products and medicines that can be used in a critical period when the economy and production have not yet adjusted to the emergency situation.

In general, Alexei Kireyev assesses the economic situation in the world as fairly stable. He believes that countries can be divided into five groups.

The first group of 11 countries, which includes the U.S., France, Germany, Japan, the Netherlands and others, producing about a third of global GDP, has unlimited resources. They (with the exception of the U.S.) have little debt, have reserve currencies, and do not need aid.

The second group consists of nine countries, including Italy and Spain, which produce 5% of world GDP. These countries have experienced serious turmoil, but thanks to their developed economies and access to international financial institutions, they will also be able to cope with the situation on their own.

The third and largest group of countries — 67 countries that produce about 50% of the world GDP, including Russia, China, Saudi Arabia and Norway — have significant economic and social problems. However, these countries have significant room for manoeuvre due to their considerable monetary and fiscal space and/or accumulated reserves.

The fourth group consists of about 60 countries on different continents with developing or transitional economies, producing about 9% of world GDP. They do not have much room for manoeuvre due to a combination of circumstances, but they can borrow from the Asian or African Development Bank.

The most difficult situation is in 33 underdeveloped countries, which will require help from the whole world and this assistance must be not only financial, but also in kind —with products, medicine, equipment, and medical personnel.

It is important to understand that the government of a country itself is responsible for degrading the space for manoeuvre within the country, especially fiscal and monetary space. We should not blame the outside world for our troubles; we should look for problems in our own actions.

Alexei Kireyev hopes for an optimistic end to the current crisis and the victory of the ‘white swan’. ‘I hope that the end of the year will be better; the macroeconomic conditions are all there,’ he said. 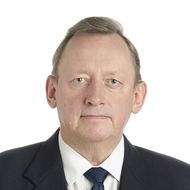 HSE University researchers have become the first in the world to discover genetic predisposition to severe COVID-19. The results of the study were published in the journal Frontiers in Immunology.

Biologists and mathematicians from HSE University, Skoltech and the RAS Kharkevich Institute have studied the spread of COVID-19 in Russia. The main part of the study was completed in late June, but until October, the team was working with data following the reviewers’ recommendations. The paper was published on January 28, 2021 in the journal Nature Communications. MIEM students spoke about their contribution to the research.

Those who consider themselves healthy will be more willing to comply with COVID restrictions if they believe, according to their own estimations, that the expected losses from the disease will be significant, suggest researchers of the Faculty of Economic Sciences at HSE University.

Researchers at HSE and Lomonosov Moscow State University analyzed data on Russians’ movements during the first wave of the COVID-19 pandemic. Their analysis showed that residents of lower-income municipalities self-isolated less compared to residents of higher-income cities. The findings were published in the journal Environment and Planning A.

The Perfect Coronavirus Storm: a Crisis with Hope for a Speedy Recovery

How high is the risk of a full-blown financial crisis after the pandemic? Which countries and regions are most at risk? Are national governments managing to cope with the challenge of preventing economic collapse? Such topics were the focus of attention at the annual conference organised by the HSE University Faculty of World Economy and International Affairs.

From Future to Present: How the Coronavirus Crisis Opens up New Opportunities for Domestic Business

The pandemic has put global development on hold and this is a chance for Russia to occupy market niches that were previously closed. But innovation should become as essential as air and, without information technology, new niches will still not be open. Alexander Chulok, Director of the HSE UniversityCentre for Science and Technology Foresight, spoke about this in a special report at the global conference‘Accelerate Global 2020’.