Russia’s Integration in Global Economic Institutions: Accession to the OECD

As part of the St. Petersburg International Economic Forum, which took place on June 20-22, 2013, a briefing ‘The Potential for Russia’s Accession to the OECD’ was held in which HSE Rector Yaroslav Kuzminov participated.

What advantages and risks may there be for Russia in joining the OECD? How could Russia’s accession to the OECD affect the improvement of the country’s business and investment climate? The experts weighed in on these and other issues.

According to Andrey Belousov, Minister of Economic Development, Russia’s accession to the organization will have important political and economic consequences, contributing to a more intensive integration of the country into the modern international architecture.

HSE Rector Yaroslav Kuzminov told the audience about the results of a study which was commissioned by the Russian Ministry of Economic Development and carried out in 2012-2013. The purpose of the study was to evaluate the results of Russia’s accession to the OECD. He emphasized that the Higher School of Economics has a long history of cooperation with the OECD, and always participates with great interest in projects initiated as part of the negotiation process on Russia’s joining this organization.

According to Angel Gurría, Secretary-General at the OECD, Russia, which has a long and fruitful experience of cooperating with the OECD as a partner country, can already feel at home in the OECD, but as a member country, it will be able to participate fully in developing international standards in various fields, as well as in the political dialogue on the most topical issues on the global agenda. 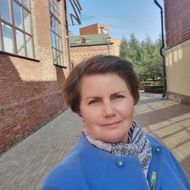 ‘Science Should Help in Bridging Gaps’

International cooperation in science and innovation is not only able to help solve global issues, such as the battle against climate change, hunger and incurable diseases, but also to overcome political disagreement between countries.

Head of HSE-Skolkovo International Laboratory for Law and Development Alexey Ivanov has been selected by the Organisation for Economic Cooperation and Development as a leading international expert to conduct a comprehensive analysis on the status of Kazakhstan in relation to competition and compliance legislation and policy regulation for OECD member countries.

‘Visions of a Wider Europe’ at the HSE in Saint Petersburg

On October 14-16, 2013, the International Student Forum ‘Visions of a Wider Europe’ will take place at the HSE. The Forum is dedicated to the 20th anniversary of the first negotiations between Russia and the WTO, initiated by the first President of Russia, Boris Yeltsin, and Russia’s imminent entry into the OECD.

Russians Read Better Than They Count

Russians are well ahead of many other countries in terms of literacy and numeracy, but lag behind in computer skills, according to the OECD Survey of Adult Skills presented at the HSE on October 8, 2013.

‘Internationalization of Education is Becoming a Real University Practice’

A survey conducted through the HSE website as part of the second stage of the OECD research project entitled ‘Institutional Management in Higher Education’has been completed and the results published . Tatiana Meshkova, Assistant Rector of the HSE, told us about the project’s goals and the initial results.