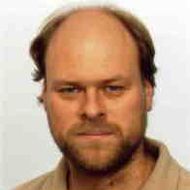 Russia and the World: Values and Vurtues

On January 16, our student has participated in Гайдаровский форум (Gaidar Forum) - an annual event that discusses major trends in social-and-economic and political development.
This year the Forum was devoted to the topic "Russia and the World: Values and Vurtues".

The Gaidar Forum is an annual event in Moscow hosted by RANEPA, which brings together the world economy stars, Nobel Prize winners, best professors from the world’s leading universities (Harvard, Stanford, Massachusetts Institute of Technology, etc.), and representatives of the Russian and foreign political elite.

The Forum convenes everyone whose advanced achievements in economics make a difference for the world order and influence the socio-economic development of regions and countries. The Russian media have long dubbed it the ‘Russian Davos,’ referring to the status of its participants and experts who are included in the world's top economic conferences.

For foreign visitors, the Gaidar Forum is an important source of information on the main trends in Russia's socio-economic and political development, and the barometer of its business environment and investment climate. For domestic experts, the Gaidar Forum is a platform for discussing the prospects for Russia's further economic growth and integration into the global economy.

It was a really good experience for me to understand how business people, academic community and people fromdifferent regions of Russia come together and discuss about social policies in Russia. As "Social Policy: Foundations and Implementation" class, we attended "Global Healtcare Trends" and "Will the Social Policy Remain a National Priority" discussion sessions. I believe that for the future development, we should learn our lessons from the previous experiences, so experts discussed what already happened in Russia.They talked about disadvantages of having state based economy in Russian context because Russia has enough human capital, many educated people and knowledge but no capitalistic investment logic and private sector mentality. They also discussed about how social policies can contribute to Russia both economically and politically. Many other related topics they talked about but these points attracted my attention. I definetely will attend the next seminars about these topics