The Vietnam-Russia academic conference that took place in Hanoi in April decided to establish a Vietnamese-Russian Technological University (VRTU) on the basis of the Le Quy Don University of Science and Technology. HSE’s School of Software Engineering is to play a key role in this process.

During the conference in Hanoi, delegates from Russian universities presented their proposals on possible cooperation with the (VRTU). Sergey Avdoshin, Professor and Head of the School of Software Engineering, talked about the HSE’s current English-language MA programme in System and Software Engineering, which could become the basis for the creation of the Vietnamese-Russian Technological University double diploma programme.

The idea of a Vietnamese-Russian Technological University was first proposed in 2011. The main goal was the development of qualified specialists and scientific research activity in areas that both states consider priorities, including in computer sciences.

The School of Software Engineering is one of the most active participants on the Russian side. The Agreement on Cooperation between Vietnamese Engineering and Technology University and HSE was signed in February. During the April conference, Sergey Avdoshin presented university rector Nguyen Ngoc Binh with a signed copy of the agreement, which covers joint research work, academic exchanges of students and teaching staff, joint conferences and seminars. The first students from Vietnam are expected to arrive at the School of Software Engineering in the 2016/17 academic year.

In addition, there are currently plans to sign an Agreement on Cooperation with the Le Quy Don University of Science and Technology, which is to form the basis of the Vietnamese-Russian Technological University, and for the further expansion of international academic ties. 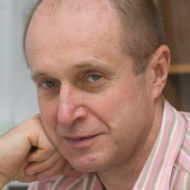