Professor Natalia Guseva, Director of the Doing Business in Russia programme, says that starting from previous year the programme has become a ‘closed cycle’, where students of the previous and the current enrolment study together. This allows the newcomers to see the results of the projects implemented in companies and to get advice from and share experience with their predecessors. Some companies participating in the programme hand over the positions or projects, on which the old interns worked, directly to the new ones.

The list of companies continues to grow. In addition to long-standing programme partners – Siemens, Volkswagen, and Swilar – it now includes Bayer, Springer Science and Business Media, Antal Russia, Sirota&Mosgo, and many others. All companies participating in the programme actively wish to employ German students.

The internship programme is now open to a wider student audience – both German and other international students who study in Germany are eligible. In addition to that, starting this year, recent graduates can also apply, and this is very attractive for companies, because they could get an almost completely qualified professional. 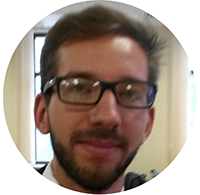 Our project is about key success factors for German companies operating in Russia.  We defined these factors, we analyzed them, made interviews with people working in German companies, and so we found out whether our original hypothesis  was right or wrong. We analyzed the following key success factors: culture, environment, human resources management and some others. The culture is important because you work with your colleagues every day, (usually you spend forty hours or more in the office,) you spend more time with these people than with your friends and family. So you have to be aware of these differences, to keep in mind, how people think, how people understand what you are saying.  And when you somehow do that you will be much more successful. When there are bad moods in your team then things won’t work so well, they might even not work at all. As for environment, you need to know the business, economic environment here. When you decide to open up a business here, what will be important to know? How is it different from Germany and Europe in general? What do you need to pay attention to? And you should also think about stereotypes. We were talking about corruption for example. If you read a newspaper in Germany  or watch TV, for example, you always get the impression that corruption is a very big problem in Russia. But based on our analysis we found out that it somehow exists but the situation is not as bad as you might think. In that sense you need better, more detailed information than what you hear in Europe about Russia. 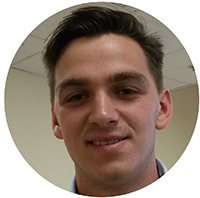 I did my internship in Krasnodar. I studied there the whole summer. In our project we tried to analyze how to create German-Russian synergy. It’s not obvious how to create synergy. We started in the beginning when we came here and we didn’t have any perception of what German-Russian collaboration looks like. It was kind of funny for us because we experienced our project ourselves while we were working in companies, trying to make some recommendations. In the end we came to the conclusion that it’s extremely important to be aware of culture differences. You can’t just start cooperation without taking them into account. You also have to evaluate these differences because they are somehow interdependent on each other. There are some measures you can implement which are ok for Germans but for Russians they don’t work at all. You have to get a feeling, a sensibility in order to make decisions and to influence German-Russian teams. I have some special impressions of this programme, because I did it in Krasnodar. I heard a lot about the region, although I didn’t know it before I came there, so I did some research and my application was only for this project as it was in a technical direction. The other projects are more for business, administration, HR departments or something like that. I really wanted to merge my culture interest in Russia with my profession. It was the only way to achieve this goal. 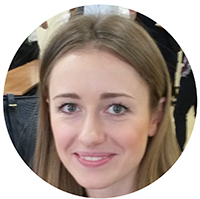 I’ve just finished my Bachelor’s degree and now I’ve started the master’s programme. The main part of our programme was the internship and I liked it very much, it is one of the few possibilities to do an internship in Russia. Our project was about the peculiarities of managing culturally diverse teams. For example, when I came to the company on my first day, no one recognized me, I was even asked: ‘Who are you? What are you doing here?’ I realized that in Russia it is important to make the first step. In Germany it’s different, because you get instructions. And that’s the main difference between our countries. Here you need to establish personal relationships in order to join the team. 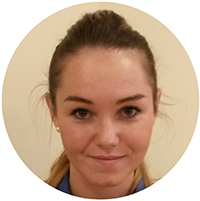 Our presentation was about team building, teamwork between Russians and Germans. We tried to identify the difficulties in organizing teamwork. While organizing team building we found out that language can be a problem because some people don’t feel confident when they have to speak in a language which is not their mother-tongue.  It’s difficult for them to speak English or German, for example. We also found out that personal relationships are very important in a team. A person, who knows the other members well, feels more confident among them even if he isn’t speaking his native language.  Personal relations play an important role here. In a German company the colleagues first of all ask you about your university, about your degree, if you have ever studied abroad etc. In Russia people usually ask personal questions, like if you are married, if you have a boyfriend or girlfriend, how your day was, what you think about this country and so on. These questions are more personal, but at the same time they are more interesting. 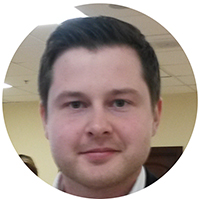 We are presented a topic on expatriation in Russia: What Should I know? We spoke about the theoretical part and some practical parts, why expatriates come to Russia, how they prepare for this and what motivates them to go to Russia. Expats in Russia need to know different things, for example, the differences and some problems which arise in the adjustment process. A lot of expats are not prepared enough for their expatriation, especially those from exotic countries. They need to be well prepared, to communicate with people and to be open-minded, even about some strange things, for example there is a very marked difference in power distance.

HSE has signed an agreement for a double degree programme with the Free University of Berlin in Germany. The agreement encompasses the Master's programme in Comparative Social Research and its German counterpart will be the ‘East European Studies’ programme.

Over the course of three months, 11 students from the HSE Faculty of Computer Science interned for Google at the company’s offices in the U.S., Switzerland, Germany, Great Britain, and Poland. The HSE News Service spoke with several of these students and learned how they got the internships, how Google treats its interns, and whether or not a refrigerator full of ice cream interferes with the work process.