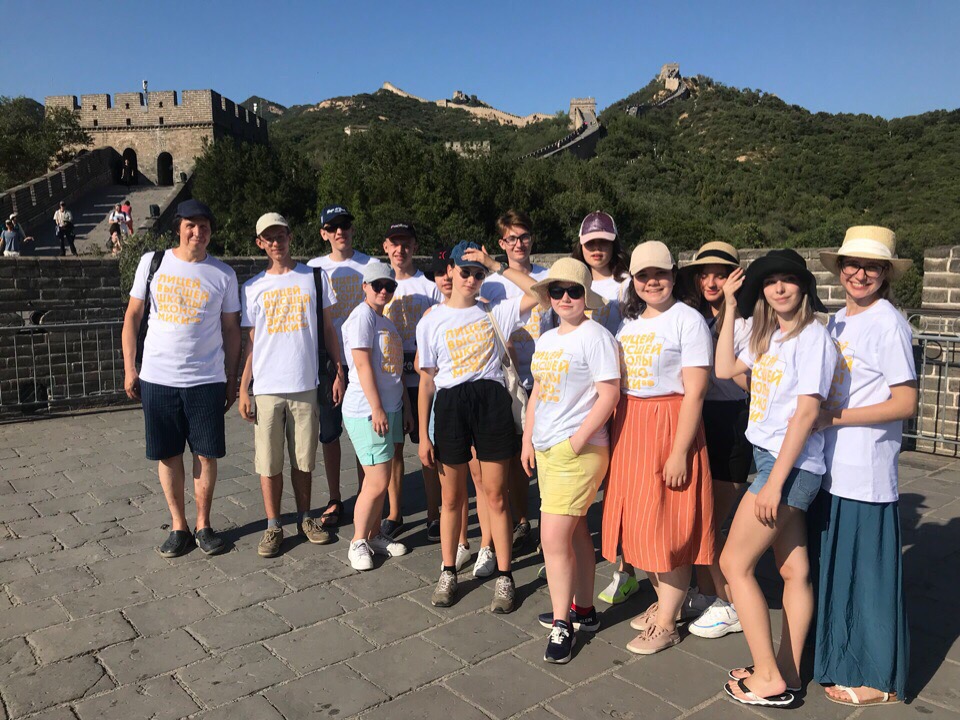 Walks in Beijing, the Great Wall of China, and a Parasol

The HSE Lyceum students started their acquaintance with China in Beijing. On their first day there, they went to the Temple of Heaven – one of the country’s oldest complex of religious buildings. ‘As we were told, the temple got its name as a result of the prayer ceremonies to Heaven for a good harvest, performed by emperors. They brought offerings for Heaven, which was believed to control people’s lives’, said Lyceum student Varvara Kononova.

The students saw all the city’s main landmarks, including Tiananmen Square with its adjacent cutting-edge Opera House of National Grand Theatre, the Chinese Parliament building, and the neighbouring Jingshan Park, a former imperial garden.

At Tiananmen Square, we looked at the Mausoleum of Mao Zedong and immediately thought of Red Square

The visitors also saw other key sights of Beijing, including the Forbidden City (a huge complex of palaces, where the Royal family used to live) and the Great Wall of China.

And who can be a real Asian expert if they have never tried China’s most famous dish – Peking Duck, haven’t seen its capital’s bright lights, and haven’t understood how useful a parasol can be (the Lyceum students were ‘lucky’ to walk when the temperature on the streets was 45⁰C)?

In addition to China, Lyceum students visit Japan and Korea annually, said Tatiana Peresadko, head of Asian Studies at HSE Lyceum. According to her, these trips usually last three or four weeks since this  length is optimal for becoming immersed into the country’s life, getting used to classes, improving language skills, and getting to know the culture, without becoming too exhausted or overwhelmed.

‘Interestingly enough, the Shanghai Cooperation Organization headquarters is not in Shanghai, but in Beijing’, said Alina Arifullina, student of Asian Studies. At the SCO Headquarters, the students met with Vladimir Zakharov, advisor at the organization’s Secretariat and lecturer at HSE University.

Vladimir Zakharov told us about how the SCO was founded, how it works today and what its structure is. We also met Vladimir Norov, the organization’s Secretary-General, who warmly welcomed us. Many Lyceum students are interested in working at the SCO.

But, of course, the main aim of the trip was to practice Chinese. After three weeks of studies at Liaoning Normal University, which was established over half a century ago, the students have noticed real progress in their speaking and listening skills.

To take part in the internship, students are required to have a certain level of Chinese: A1+ to B2 on the European scale, or 1 HSK to 5 HSK by the Chinese one. Teachers in China don’t usually know Russian or English, and the classes are taught in Chinese only. At Liaoning Normal University, the students are divided into groups depending on their language proficiency. We also coordinate the syllabus in advance: the groups are created particularly for our students and they are not mixed with students from other countries. We have established good contacts with the university, our students always receive a warm welcome, and they even organize a gala dinner for our delegation. This year, the dinner was attended by the Rector of Liaoning Normal University, which was an extreme honour.

The HSE Lyceum students were also impressed by the learning conditions and the teachers. ‘They explained the rules very clearly’, said Vlada Kuntsevich, HSE Lyceum student, ‘Sometimes, we were given a rest and watched videos of national cooking or Chinese musicians’. The students also got involved in the local culture at crafts classes: they attended workshops in calligraphy, clay sculpture, paper cutting, and painting. ‘All of us are extremely happy that we have been on this internship!’ Vlada emphasised, ‘And now, we are keen for more action on mastering tones and hieroglyphs!’

At HSE Lyceum, Asian Studies students have a lot of opportunities to study Chinese culture and language: they celebrate national holidays and talk to native speakers at the Chinese Club. Their level is objectively high: this year, HSE Lyceum student Nadezhda Volchenkova passed the United State Examination with 98 points and entered the HSE School of Asian Studies. Chinese Studies students regularly win the most prestigious competitions, such as Vysshaya Proba and the Russian National Olympiad in Chinese. In 2018, they won prizes in the all-Russian ‘Chinese Bridge’ competition and were awarded half-year internships in China. And this year, HSE Lyceum students Dmitry Sheglov and Ulyana Ryumina won this competition, and Dmitry is soon going to China in order to represent Russia at the Chinese Bridge global competition. 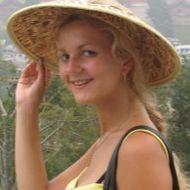 The Moscow Centre for Continuous Mathematical Education, with the support of the Russian Ministry of Education and Science, has prepared a list of Russia’s 500 best schools. The HSE Secondary School came 5th in the total ranking, rising five positions compared with last year.

Over the course of three months, 11 students from the HSE Faculty of Computer Science interned for Google at the company’s offices in the U.S., Switzerland, Germany, Great Britain, and Poland. The HSE News Service spoke with several of these students and learned how they got the internships, how Google treats its interns, and whether or not a refrigerator full of ice cream interferes with the work process.