Every year, more than a thousand high school juniors and seniors from different countries compete in the Olympiad, making it one of the world’s largest international academic competitions. Participants form their own teams, which must consist of seven juniors or seniors to compete in each of the Olympiad categories: three team members compete in the mathematics competition, two in the competition in physics, and two in the competition in computer science. While the student subteams compete in and are evaluated in their own categories, there is also a general team award category, which awards teams based on the performance of all their members from all categories.

At the competition, countries can be represented by several teams from different schools. Representing Russia this year were students from a range of strong physics and mathematics schools in Moscow, St. Petersburg, Novosibirsk, and other cities. This is the first year that the HSE Lyceum has competed in the event.  Yury Bykov, Head of the Lyceum’s Informatics, Engineering and Mathematics study track, accompanied the team. 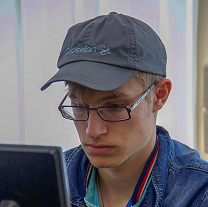 scored 202 points, taking 72nd place in the standings, which is equivalent to winning a bronze medal at the competition

‘The majority of the problems we had to do were interesting, though far from easy. I was up against a large number of strong competitors, both from Russia and other countries. Up to the last moment, I didn’t think I would place in any of the medalist categories, but, in the end, I ended up making it. However, regardless of that, I am glad I was able to participate in IZO; it was a unique and very valuable experience. And I am grateful to my teachers Vladimir Kurenkov and Vladislav Nevstroyev for helping me at the Lyceum. Without them and the knowledge they gave me, I would not have performed as well as I did at the competition. Thinking back to how I was in tenth grade, I can say that one year is definitely sufficient time to prepare for most of the competitions out there.’

One of the aims of the IZO is to showcase the quality of education in Kazakhstan and introduce participants and guests to Kazakh culture. While the competition itself lasted two days, the rest of the participants’ weeklong itinerary was designated for training, socializing, and sightseeing.

‘We gained experience participating in an international competition, and met a lot of smart and talented people from different parts of the world,’ says Lyceum senior Daria Morozova, who competed in the physics competition. ‘I had a fun time visiting the art museum, going ice-skating in the mountains, and attending the Olympiad’s opening and closing ceremonies, which were held in a circus.’ 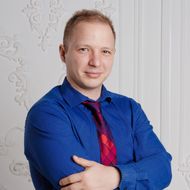 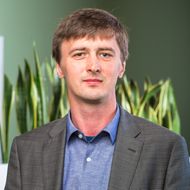 The Moscow Centre for Continuous Mathematical Education, with the support of the Russian Ministry of Education and Science, has prepared a list of Russia’s 500 best schools. The HSE Secondary School came 5th in the total ranking, rising five positions compared with last year.

were collected by HSE Lyceum students during charity campaigns that took place on September 1.

graduate of the HSE Lyceum this year has chosen to become a pilot; Vitaly Bondarenko has enrolled at the Ulyanovsk Higher Civil Aviation School.

out of 58 HSE Lyceum graduates scored better than 90 on the Unified State Exam.

from the All-Russian Student Olympiad were received by HSE Lyceum students this year.

of students who have already applied for admission to the HSE Lyceum have chosen to study social and economic sciences.