The Long-Standing Ties between HSE and German Universities

‘Throughout its existence, HSE has closely cooperated with numerous partners in Germany,’ said Rector Yaroslav Kuzminov in his opening remarks to the meeting with HSE’s German colleagues. One of the first partners of the Higher School of Economics in the 90s was Humboldt University. As of today, 73 cooperation agreements are in place between HSE and universities and research centers in Germany, including 33 agreements for student exchange programmes and seven agreements for double degree Master’s programmes.

The relationship between HSE and the Ruhr-University Bochum (RUB) has also been growing stronger in recent years. RUB specialists participate in projects hosted by the Laboratory for the Study of Culture in HSE’s School of Cultural Studies, symposia of the Poletayev Institute for Theoretical and Historical Studies in the Humanities, and other projects. In addition, a number of HSE professors have lectured in Bochum, and Iris Baecker, a graduate of the Ruhr-University, is an Associate Professor at the HSE School of Philology.

The Ruhr-University in Bochum (North Rhine-Westphalia) was founded in 1962.

The University has more than 43,000 students, including more than 3,000 graduate students who are enrolled in PhD programmes. There are about 3,400 professors, instructors, and researchers.

The University has 20 faculties in the main subject areas of the social, humanitarian, natural and engineering sciences—from religious studies and educational studies to neuroscience and material science.

Since 2007, RUB has been a partner in the Ruhr-University Alliance together with the University of Duisburg-Essen and the Technical University of Dortmund. Collectively, the Alliance universities have more than 120,000 students.

At the same time, Yaroslav Kuzminov noted a certain ‘imbalance’ in favor of research in the two universities’ collaborative activities. ‘Universities should serve as bridges between nations, because universities educate students in cultural dialogue,’ the rector said. ‘Our task is to foster student exchange. This will help to solve Europe’s strategic task of achieving unity.’

The HSE Rector hopes that the two universities’ cooperation, which is currently based in the fields of social sciences, the humanities, and mathematics, will be extended to the natural and computer sciences, which HSE is actively developing.

German Scientists and Educators are Interested in Collaborating with Russia

Russia is one of the main partners of educational and academic organizations of the state of North Rhine-Westphalia, Isabel Pfeiffer-Poensgen, the Minister of Culture and Science of the German region, said at the meeting. According to the minister, there are currently about 140 joint projects being conducted by Ruhr and Russian researchers.

‘The signing of this agreement is taking the relationship between the Ruhr-University and HSE to a new level,’ the minister said. ‘I am sure that both sides will benefit from this.’

Rector of the Ruhr-University, Axel Schölmerich, proposed viewing the universities’ partnership not as a narrow bridge, but more broadly as a project of network interaction.

‘I always tell our freshmen that they are now members of an academic community, and that community relies on scientific quality, logic, and methods, and not on strength and rivalry,’ he said. ‘A large delegation from our university has come to Moscow, and this shows how seriously we take the opportunity to institutionalize our cooperation with the HSE. I also hope that we will be able to expand it to other scientific areas.’

Date
8 April  2019
Topics
Education
Keywords
new at HSEGermanyinternational cooperation
About
Poletayev Institute for Theoretical and Historical Studies in the Humanities, School of Cultural Studies
About persons 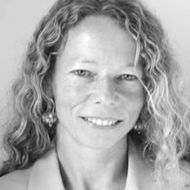