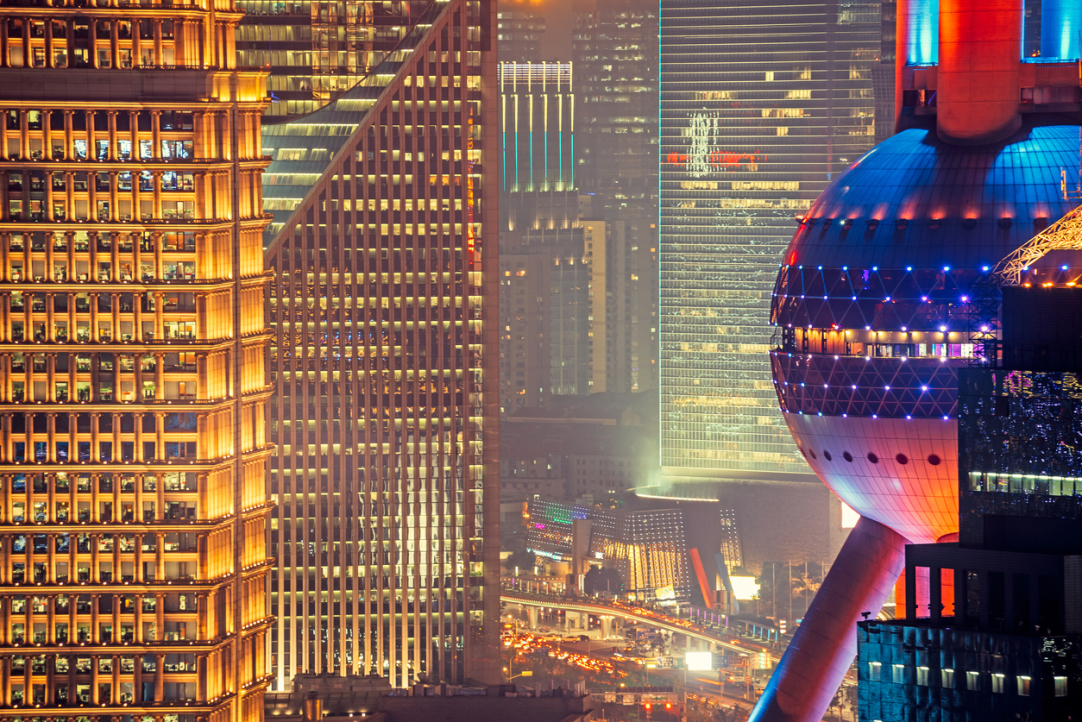 It is obvious already now that for Russia, the promising markets—commodity, intellectual and cultural—lie in the East, and that Russia will have to pivot in this direction due to confrontation with the West, said Sergey Karaganov, research director of the HSE Faculty of World Economy and International Affairs (FWEIA) and Honorary Chairman of the Presidium of the Council on Foreign and Defense Policy (SVOP). In his opinion, the pivot to the East has progressed only 30% as far as it could. 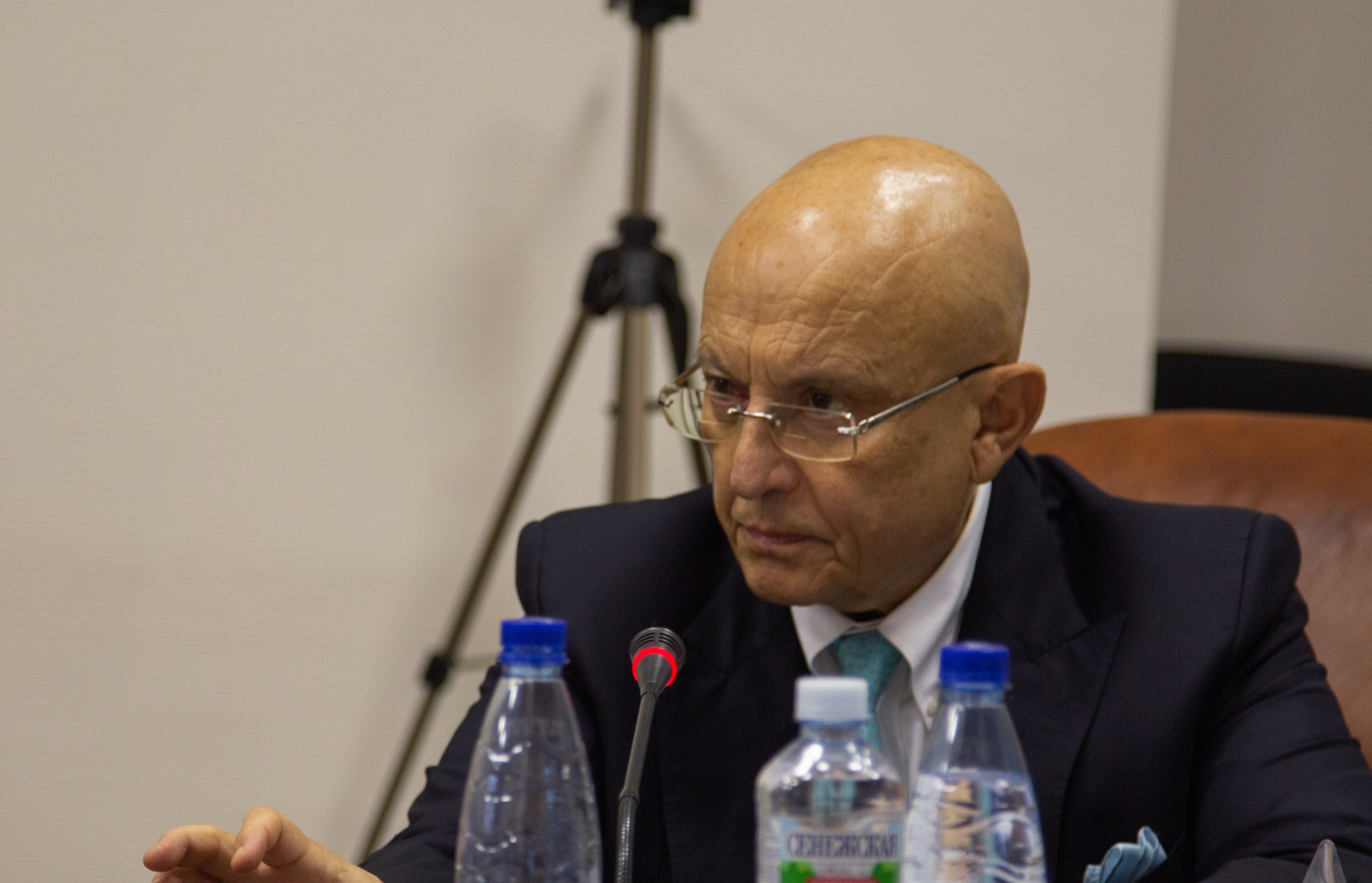 ‘One of the important reasons for the weakness of our Oriental policy is the lack of knowledge in Russia of the Orient in general and of the modern Orient in particular. We have very few people who understand the Orient, who know it and feel at home there. We make little use of our Asian roots’, the professor emphasized.

In his opinion, it is necessary to change the priorities in education, starting with grammar school. In particular, it is necessary to increase the number of hours in the school curriculum for the study of Asiatic Russia, as well as the culture and history of the East and Oriental languages. More Orientalist teachers will be needed for schools and universities. The professor is also certain that an increase is needed in the number of oriental centres in Siberia and the Far East.

Anastasia Likhacheva, Dean of the FWEIA, noted the importance of ‘live’ internships in providing high-quality preparation for students. In her opinion, Oriental studies programmes for non-Orientalist university students also need to be strengthened. According to Mikhail Piotrovsky, Dean of the Oriental Faculty of St. Petersburg State University and Academician of the Russian Academy of Sciences, Oriental studies should be the discipline of the 21st century, but has yet to become a separate academic field.  According to Piotrovsky, the academic community must first create a separate field, expand university programmes and assess their quality, and develop expertise.

First of all, it is very important to study languages, and therefore written culture—both modern as well as classical and ancient, said Vitaly Naumkin, head of the Joint Department with RAS Institute of Oriental Studies of the FWEIA. Very little attention is currently devoted to the translation of Russian literature into Oriental languages, and vice versa. Almost no resources are devoted to this, and the most outstanding Russian translators are already more than 80 years old. 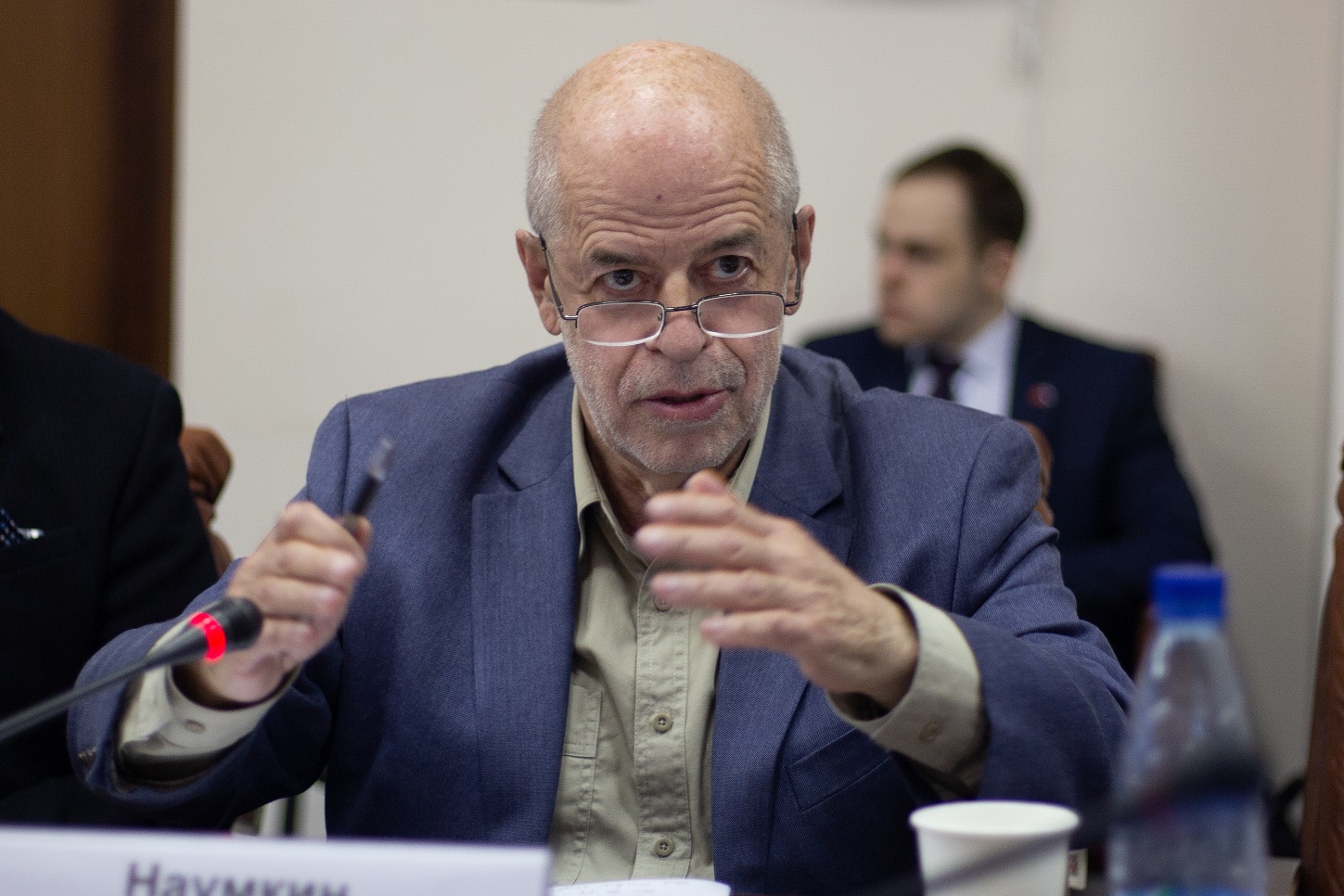 Kirill Barsky, Ambassador-at-Large of the Ministry of Foreign Affairs of the Russian Federation and Professor of the Department of Diplomacy at MGIMO, addressed the problem of selecting and training students of Oriental studies. In his opinion, the scale of teaching in this field does not correspond to the place that the countries of the East occupy in world politics and economics, as well as in Russia’s foreign policy. This imbalance needs to be eliminated because highly qualified specialists will be required in both government and business, he noted. 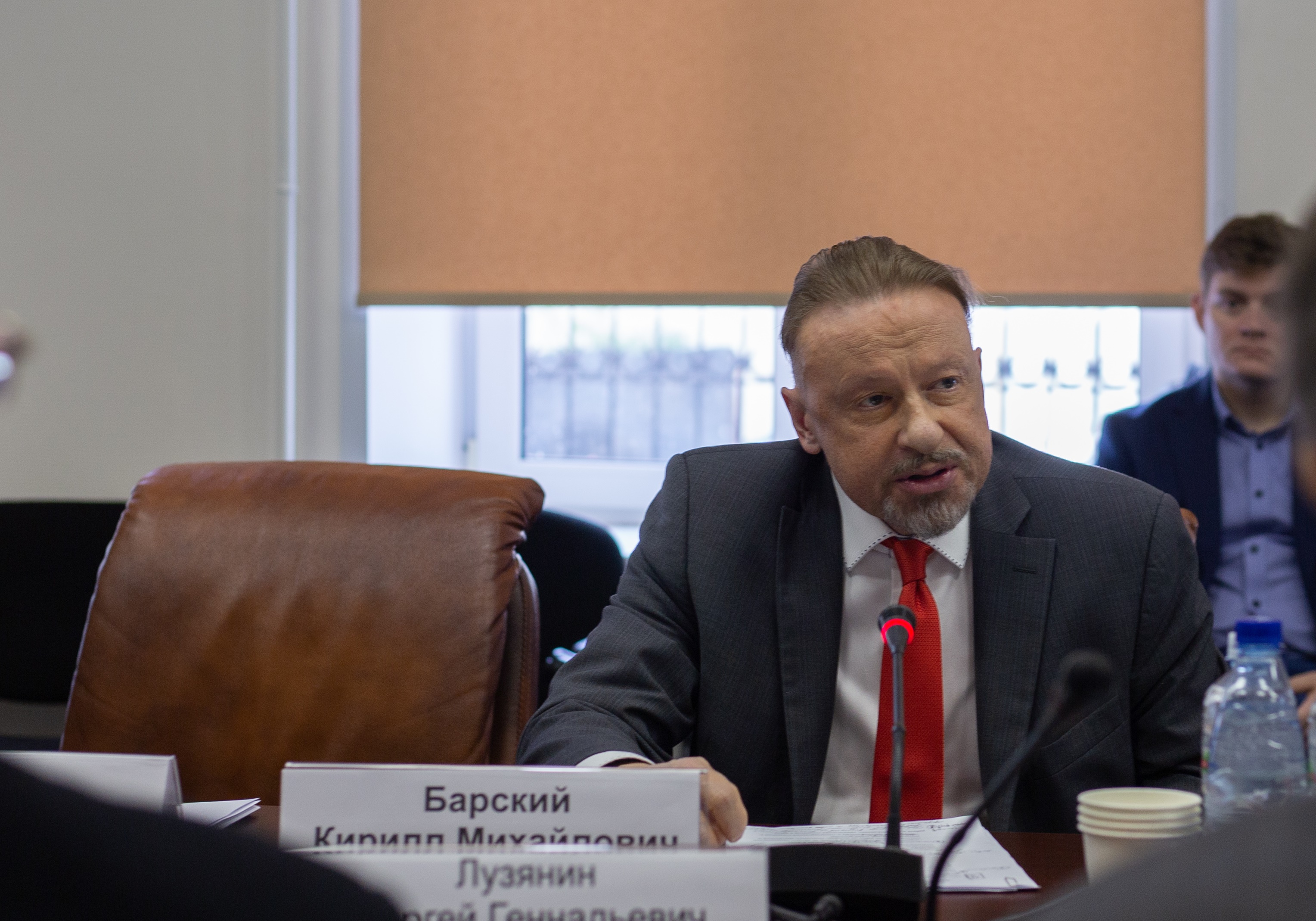 According to Alexander Lukin, Head of the School of International Affairs of the FWEIA, the main problem in studying the Orient is that all of its countries are considered as a single entity, despite their significant differences. It is necessary to understand the fundamental difference between them and, within the framework of a single discipline, conduct a comprehensive study of the cultural and civilisational centres of the non-Western world. Among such centres, Professor Lukin singled out China and the Chinese world, South Asia with its center in India, Southeast Asia, the Arab countries and the Middle East (Iran, Turkey), Central Asia, Africa and, possibly, Latin America. 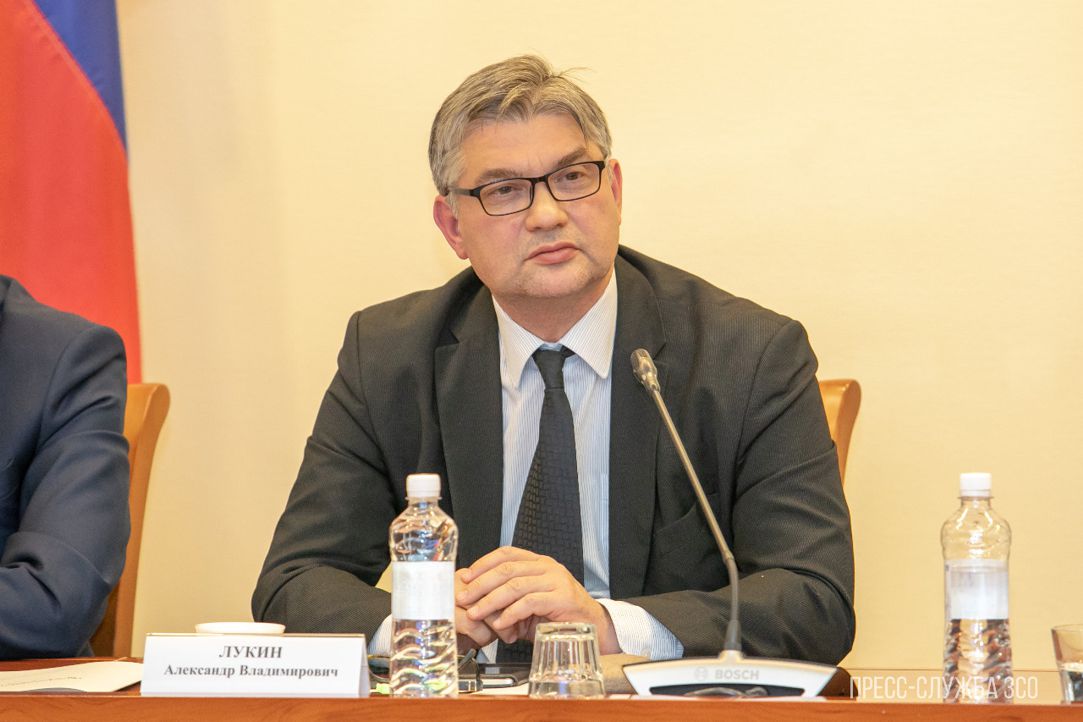 ‘It is these centres that today, to varying degrees, do not support a policy hostile to Russia, and it is on them that Russia’s foreign, foreign economic and cultural policy will be reoriented in the foreseeable future. An objective study of the real situation and nature of politics in each of these societies is necessary, as they are determined by their own unique traditions, ideas and interests’, he explained. According to Lukin, Russia, as a Eurasian power, should have been developing Oriental studies for a long time.

The round table also discussed the place of Oriental studies in the system of socio-humanitarian sciences, approaches to improving the criteria for assessing the publication activity of Orientalists, as well as the role of the academic community.

A round table on The Current State and Prospects for the Development of Domestic Oriental Studies in the Context of the New Situation and Geopolitical Challenges was organized by the FWEIA, the HSE School of Asian Studies, the Department of Foreign Regional Studies of the FWEIA, the Department of Oriental and African Studies of the St. Petersburg School of Social Sciences and the HSE Asian and African Studies programme. Round table materials, presentations and discussions will be published on the portal Russian Oriental Studies of the 21st Century (Orientalia Rossica). 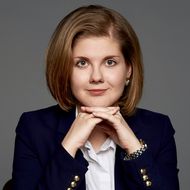 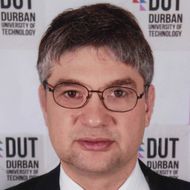 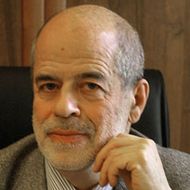 The HSE Chinese Student Club at the Faculty of World Economy and International Affairs School of Asian Studies has completed its 2021/22 season. Its participants and organisers talked to the HSE News Service about how they discuss China’s socio-economic, political, and cultural development as part of the club’s events.

Russian society demonstrates a growing interest in Asia and North Africa, with economic, social, political and cultural expectations associated with the macro-region. What is more, demand for educational programmes and competencies related to Asian and African studies is projected to grow in Russian universities. HSE Vice Rector Sergey Roshchin and the heads of relevant HSE departments explain the university’s past and current efforts to respond to these challenges.

Oriental Crazy Day is a traditional festival of the School of Asian Studies, which has been held at HSE University for eight years. This time, Asian Studies students taught guests Chinese calligraphy, Arabic script, Yemeni dancing and origami. They were also introduced to kabuki theatre and traditional Japanese drums.