Why HSE University is Interesting to the Far East

This year, the Summer University  offered its students a lot of new things, both in terms of courses and the school’s cultural programme in Moscow and St. Petersburg. But probably the main difference from the previous years was the participation of a group of students from Far Eastern Federal University (FEFU).

The HSE Summer University was initially conceived as an international summer programme, but this doesn’t mean it is only open to international students. To the contrary, HSE University brings international and Russian students together for a fruitful exchange of academic, cultural and everyday experiences.

FEFU students’ participation in the HSE Summer University was not by chance. The two universities are planning on launching joint educational projects. HSE University has a lot to offer to students from a region that plays such a crucial role in Russia’s economy and foreign trade. Some of the Summer University courses are dedicated, for example, to topics such as Russia’s position in the changing world, energy economy, and BRICS cooperation. The Far Eastern students also had an opportunity to look at economics and politics from a ‘Western’ perspective, thanks to two courses on Russia-EU relations.

How to Make the Most of Your Studies

‘Our university has a programme to support highly motivated students called Academic Excellence and Honors Education. I applied for it and got accepted. It’s as easy as that!’ says Mikhail Ermolaev, a student of the FEFU School of Economics and Management.

This was my first experience studying in a summer programme. I haven’t been disappointed: the Summer University has interesting courses and lecturers

According to Mikhail, he chose subjects related to his major: ‘I particularly enjoyed the course on decision-making theory, by Professor Fuad Aleskerov. He is a first-rate expert, who has authored a lot of publications. I plan to study them further.’

FEFU students admit that they were going to Moscow and St. Petersburg with only a general idea of how the HSE Summer University works. ‘The main thing I knew about the Summer University is that you need to know English and that it is mostly  international students who study here’, says Nikita Kravchenko, who studies Southeast Asia in the School of Regional and International Studies at the FEFU Institute of Oriental Studies. At the same time, he chose courses, that he estimates will be useful for him in the future. 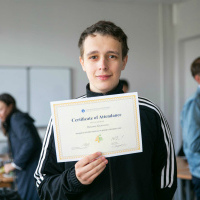 ‘I was impressed by the HSE University lecturers’ expertise and the fact that we could easily interact with them, like in Professor Nadezhda Shilova’s behavioural economics course, for example.  Professor Iliya Kiriya taught an amazing course on fake news, and Dr. Maria Sole Continiello taught a  very informative courseon human rights legislation. Knowledge in human rights will be very helpful for me in the future, when I go to Vietnam as a volunteer.’

Nikita also mentioned the value of interacting with students from Germany, Mexico, Brazil, Singapore, China, Belgium, England, Italy and other countries. They were all ‘very positive’, which helped them improve their communication and spoken English skills.

Nikita Kravchenko offered a piece of advice to those who are thinking about going to the HSE Summer University next year: ‘You’ll need a good command of basic English: to talk to the international students, to understand the lectures, to write essays, and to make presentations. While you’ll have some time to see Moscow or St. Petersburg, this won’t be a tourist trip. You are going to study and must understand very clearly what you want to get out of being here.’

Russian students came to the Summer University not only from FEFU. Valeria Varlashova grew up in Irkutsk, but now she lives in Philadelphia and studies at Temple University. 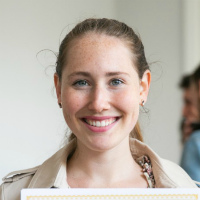 ‘I study mathematical economics at my home university, so at the HSE Summer University, I decided to take courses in mathematics and behavioural economics. I came back to Russia for my summer studies in order to get a new perspective on the things I study in the U.S. This is a different view, another approach to economics, and this knowledge will be useful for me.’

According to Valeria, many things at the Summer University turned out to be different from what she had expected: ‘The studies are organized in a completely different way here, but that’s what I liked. Honestly, I did not expect so many and such diverse  international classmates. It was thrilling to meet people from so many countries’.

Valeria recommends the HSE Summer University to anyone looking for something new and different from their usual studies. ‘Not many people know how beautiful Moscow is,’ she adds. ‘It is a wonderful place for students!’