HSE University students lived ‘on the other side of the pond’, so to speak, for almost a month. And they kept to a very tight schedule: they visited several states and met with local media editorial staff. The Boston Globe, WGBH Broadcasting, Burlington Free Press, WCAX-TV, Vermont Public Radio, Emerson College, and UMass Amherst are just a few of the media and institutions HSE students got to see from the inside.

For 12 days, the students lived in Vermont, where they participated in the Media Literacy Camp at Champlain College. At the camp, they created media content and examined the differences between American and Russian media. ‘We had an assignment to shoot a segment at a local farmers’ market,’ says Oxana Gandzuk, a master’s student in Media Management at HSE. ‘We had an amazing experience! We got to shoot with a professional camera and a heavy tripod, to film a standup act in English, and get commentary from at least six local residents, who, by the way, were always willing to talk to us.’

Oxana was particularly impressed by what American student life was like: the big campus, the cozy dorms, and the university library. ‘I felt like I was in a movie,’ Oxana joked. Ilya Sagaidak, a student of Media Communications at HSE University, also made some unexpected discoveries. ‘The first and most important discovery I made was that I don’t want to be a journalist,’ Ilya said, ‘I learned what it truly means to be media literate, how to get to the bottom of an issue, and not get bogged down in a variety of opinions and facts. I learned some new kinds of shooting technology, got practice with doing interviews, learned about some unusual video editing methods, as well as tactics of manipulation in photojournalism, and I also learned how the law can protect journalists. I also came to understand, however, that I’m still looking for my true vocation.’

HSE University students not only immersed themselves in American professional life, but American cultural life as well. They attended Broadway musicals in New York and a Blue Man Show in Boston, visited museums in Washington, D.C., and went on rides at Six Flags in Massachusetts. They celebrated Independence Day with a boat dinner and fireworks on a lake in Burlington. 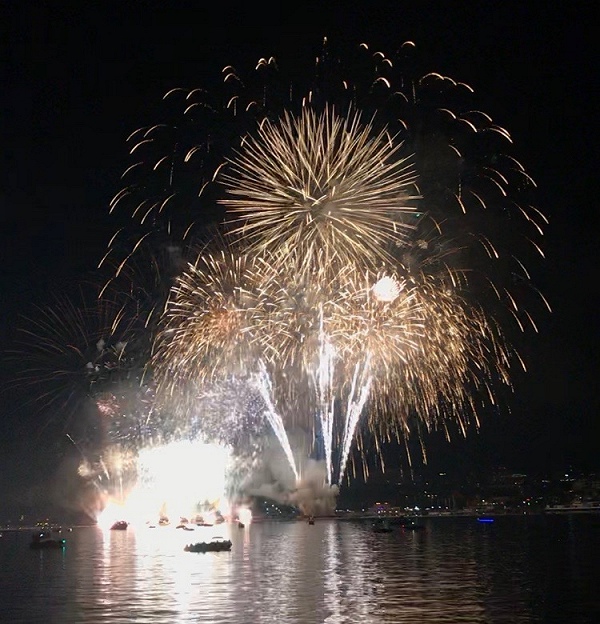 ‘Americans are very welcoming people,’ said Darya Kasyanenko, a student of the HSE master’s programme in Media Management. ‘It was great to go on an internship thanks to the MEGA exchange programme. We expanded our horizons and gained experience, which will allow us to use our new skills and ideas professionally.’

Media Exchange for Global Achievement (MEGA) is a programme funded by the U.S. Embassy in Moscow. Its goal is to provide journalists and journalism students aged 18 to 22 with an opportunity to learn about the role of media in U.S. society and improve their practical skills.

This year, the programme received about 400 applications, 20 of which then advanced to a final round. Among these final 20 were four HSE University students. The selection process was comprised of several stages.

‘The competition was easy: you fill out a questionnaire and present your media product on the topic “I am a leader in media literacy in Russia”. Sounds difficult, but in fact, it’s simple: you write what you do in journalism, how you came to it, what media literacy is, and how it works in Russia. Following the consideration of your project, you pass an online interview and then find out if you got in or not,’ says Ekaterina Kharitonova, a student of Journalism at HSE University. 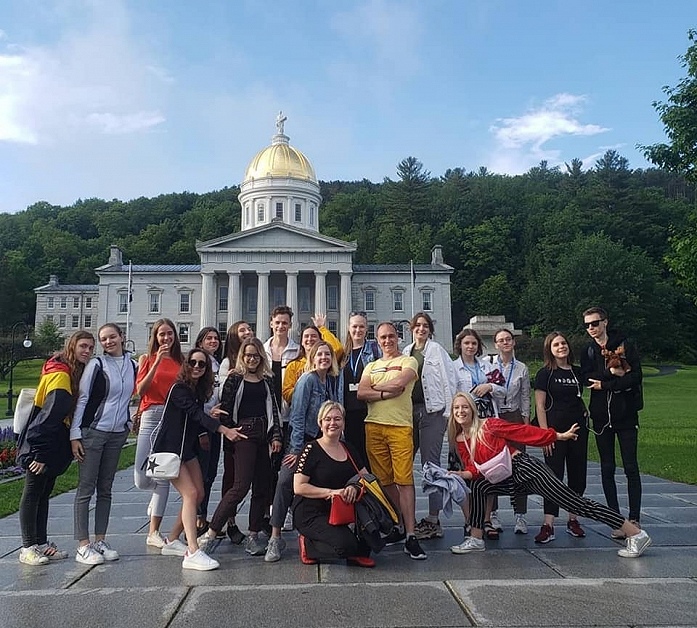 A University Open to the World

The HSE School of Media says that they encourage various international exchange initiatives. According to Anna Novikova, head of the master’s programme ‘Transmedia Production in Digital Industries’, every year, several students go on internships to different countries in North America, Europe, Asia and Africa.

If a student wants to go on an internship, I do my best to help them

Anna Novikova noted that students don’t have problems adjusting to their new environments—the difficulties usually arise with finances. ‘Studying in the U.S. is expensive. It is somewhat cheaper in Europe, but also not affordable for everyone. We would like to make international internships for our students more accessible and commonplace. HSE University currently provides administrative and financial support for one-time trips.’

International students also enjoy internships at HSE University, said Anna Kachkaeva, Director of the Centre for Digital Cultures and Media Literacy: ‘Annually, we have several international students who minor in Media and Mass Communications, which is what I supervise. In 2018, for example, we had two students from the U.S.’ American students took a half-a-year course, and have become much more fluent in Russian.

We not only help students become integrated in different cultural environments, but also establish a dialogue between different media industries

The dialogue is also enriched by an influx of international lectures who teach full-credit courses at HSE University. For example, in the upcoming academic year, a lecturer from Tallinn Film and Media School will teach a course on transmedia storytelling.

Andrei Lukyanov enrolled in ICEF Master of Financial Economics programme in 2019. In his second year, Andrei went to LUISS University in Rome as a double degree student. Currently a financial analyst at TAU Group, the Italian-Russian engineering startup, Andrei speaks on how to prepare for the career as a quant, the opportunities that come with studying abroad, and what duties the financial experts have in e-mobility.

Where Journalism, PR, and Advertising Experts Are Made

Student-run television studios, artwork, effective advertising examples, and walls with headlines from Kommersant – these are just a few of the things discussed during an Open House excursion around the buildings where students specialising in media and communications study.