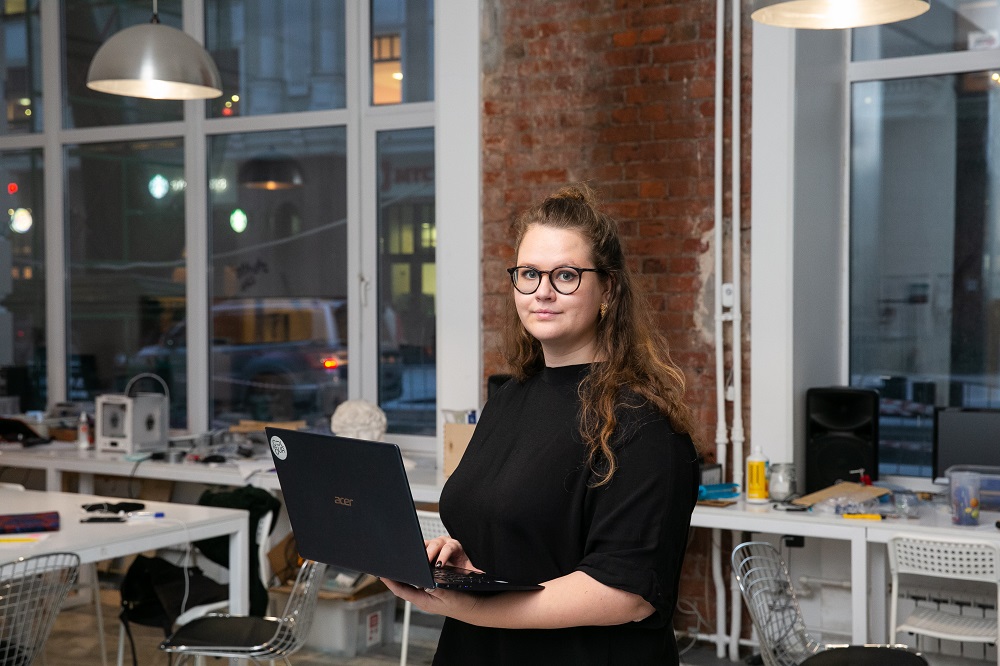 ‘I am pursuing both a bachelor’s and a master’s simultaneously – usually one year is 60 credits, but I am doing around 100 credits each year,’ Charlotte explains. ‘During my semester at HSE, I’m taking two courses in the ‘Prototyping Future Cities’ Master’s Programme as well as courses on Russian language, history, and culture in the Faculty of Humanities.’

For Charlotte, the two areas are interconnected. ‘I was always interested in Russian avant-garde art from the 1920s and ‘30s,’ she says. ‘But then when I started to learn more about Russian and Soviet history, I became very interested in Soviet architecture – particularly khrushchevki (five-story residential buildings built under Khrushchev – ed.) and Soviet Modernism. I found them fascinating, because they represent such a different kind of style than what you see in European and American art, which is what we mostly focused on in my programme.’

‘From then on,’ she continues, ‘I focused more on Soviet architectural history, and then I started studying Russian language in order to have a firmer grasp on the cultural and historical context. Now, for my master’s in urban planning, my thesis will focus on Soviet urban planning in the fifties and sixties.’ 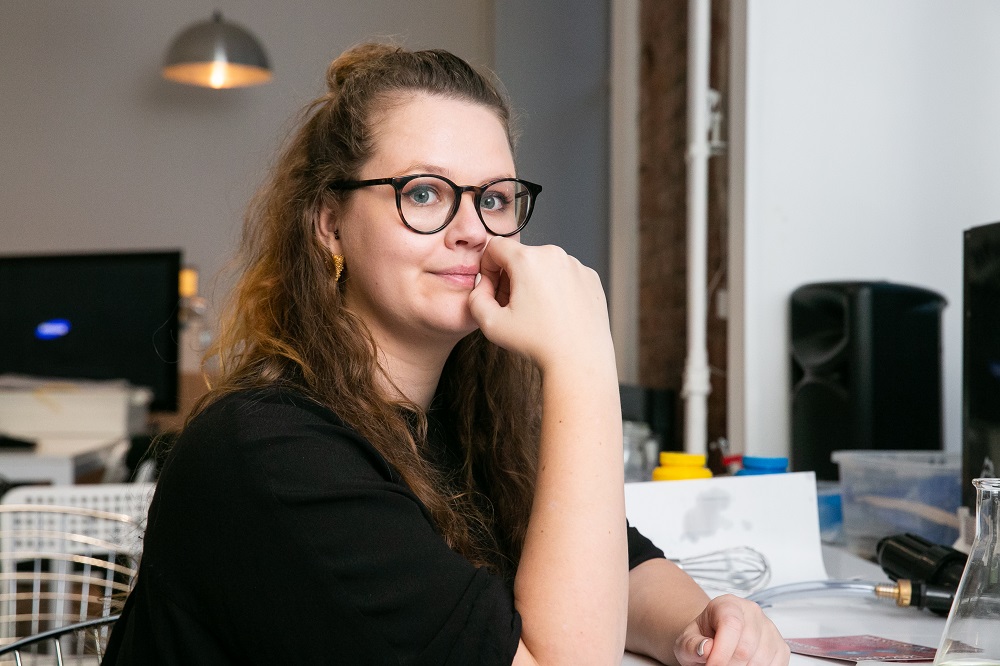 ‘In the “City Project” course, we work in small groups, and each group has to research a different district in Moscow. We learn about the history and the current state of affairs in our assigned district and propose solutions to make the district better. My group is in charge of the Sokolinaya Gora District, which is an older district in the east. This has given me the opportunity to study khrushchevki in a narrower context. But the main aim of the project is for us to propose solutions for the future and to think about how we can make a given district better and more functional as a member district of Moscow,’ Charlotte says. ‘Our particular district has been interesting to study because it is somewhat isolated; the residents are very reliant on public transport to get to the centre of Moscow. And I just think that the convenience of public transport in Moscow is something that’s really fascinating.’

Charlotte also enjoys the ‘Readings on Urbanity’ course. ‘In the first part of the course, which we are in now, we have to read articles by famous urban planners or architects. Then, in class, we discuss their ideas and how we can use these ideas in planning future cities,’ Charlotte explains. ‘For me, it’s interesting, because I have already come across some of the texts in my art history studies. However, now we are discussing them from the perspective of urban planning. It’s a great exercise in learning the history of urban planning and seeing diverse perspectives on how to design cities in different geographical locations. The course really highlights how different areas require different approaches in solving urban planning problems. A solution that would work in Belgium or the Netherlands, would not work in Moscow or an African city, for example. Furthermore, the course is a great exercise in expressing your views in high-level academic discussion.’ 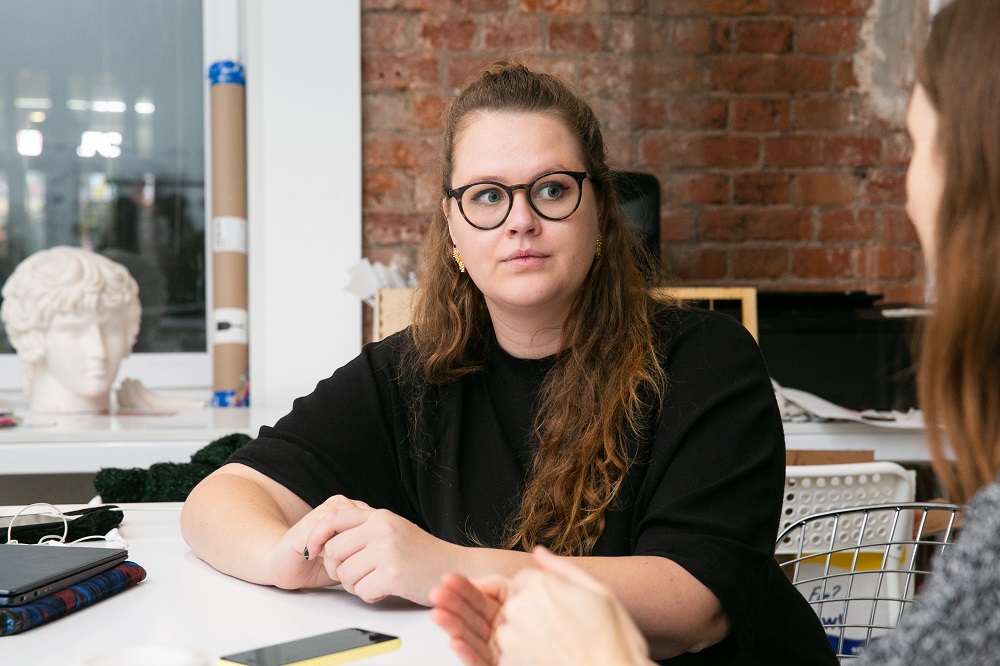 Aside from the content of the courses, Charlotte also likes that they are taught in English. ‘It is much easier for me to express myself in these courses compared to my Russian ones. And I especially like the Shukhov Lab. It is a great space where you can just go and work and ask questions. Everyone helps each other. It’s a really great environment to study in, and I think it facilitates a unique way of studying urban planning.’

‘I have been here since late August, and I am enjoying it,’ says Charlotte. ‘I am living off campus – I opted to rent a room in an apartment through Airbnb instead of living in a dormitory, because I like having my personal space. It has worked out great. The landlady and her daughter are very nice, and they are renting out another room in their apartment to two other girls who, coincidentally, are also Belgian. The apartment is located near HSE’s Staraya Basmannaya campus, where I have my humanities courses, and it is a short bus ride on the M3 to the Myasnitskaya campus, where I have my urban planning courses.’

While Charlotte spends her weekdays studying in Moscow, she prefers to travel with friends or on her own to other cities and regions of Russia on the weekends. ‘Every weekend I travel to different cities in Russia,’ says Charlotte. ‘So far, I’ve travelled to Kazan, Tula, Yasnaya Polyana (the writer Lev Tolsty’s estate – ed.), Grozny (the capital of Chechnya), Makhachkala (the capital of Dagestan), Derbent, Vladimir, Suzdal, Nizhny Novgorod, Veliky Novgorod, Tver, Volgograd, and Rostov-on-Don. This weekend, I’m going to Murmansk.’ 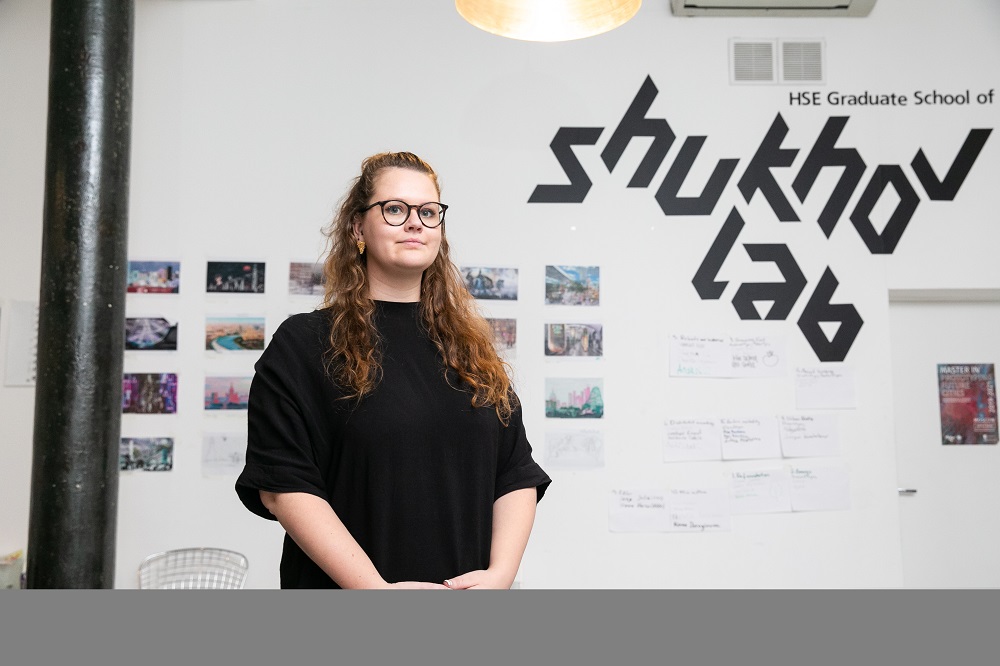 When asked about her trip to Grozny, Charlotte replies, ‘Grozny was very interesting. I went with a few male friends who I met on an ESL chat group and are also exchange students at HSE. They are from Italy, Brazil, and Moscow. I was nervous at first, because most things you hear about Chechnya (a predominately Islamic Russian republic that has endured civil wars and separatist violence – ed.) are negative. But it was a great trip. It was interesting to see Grozny, its new skyscrapers, and the new representative architecture that is being built there. You can see that there’s a lot of money involved in identity building in the region. The Akhmat Tower that is currently under construction, for example, is modelled after medieval military architecture in the region and will be the second tallest building in Russia. We also went to Shali, which boasts Europe’s largest mosque. It was fascinating.’

‘I would definitely recommend this programme to others,’ says Charlotte. ‘The structure of the programme is really good, because it is not like more traditional urban planning programmes. Here, they put an additional focus on helping students gain a broad skill set and develop their own independent work style, which I think is crucial in the 21st century. The “Prototyping Future Cities” Programme also hosts a lot of extra lectures from interesting urban planners and other experts in the field, in addition to workshops that, for example, help you discover what kind of student you are and provide tips on how to improve your study methods. It’s a more personalized approach. Also, everyone knows each other — all the teachers, all the students — and they work closely together. Moreover, the space of the Shukhov Lab itself makes it unique, because it provides an inspirational space that motivates students to try out new ideas.’

Admissions to HSE’s Master’s programmes are now open. International students can apply online. To learn more about HSE University, its admission process, or life in Moscow, please visit International Admissions website, or contact the Education & Training Advisory Centre at: inter@hse.ru,  or via WhatsApp at: +7 (916) 311 8521.