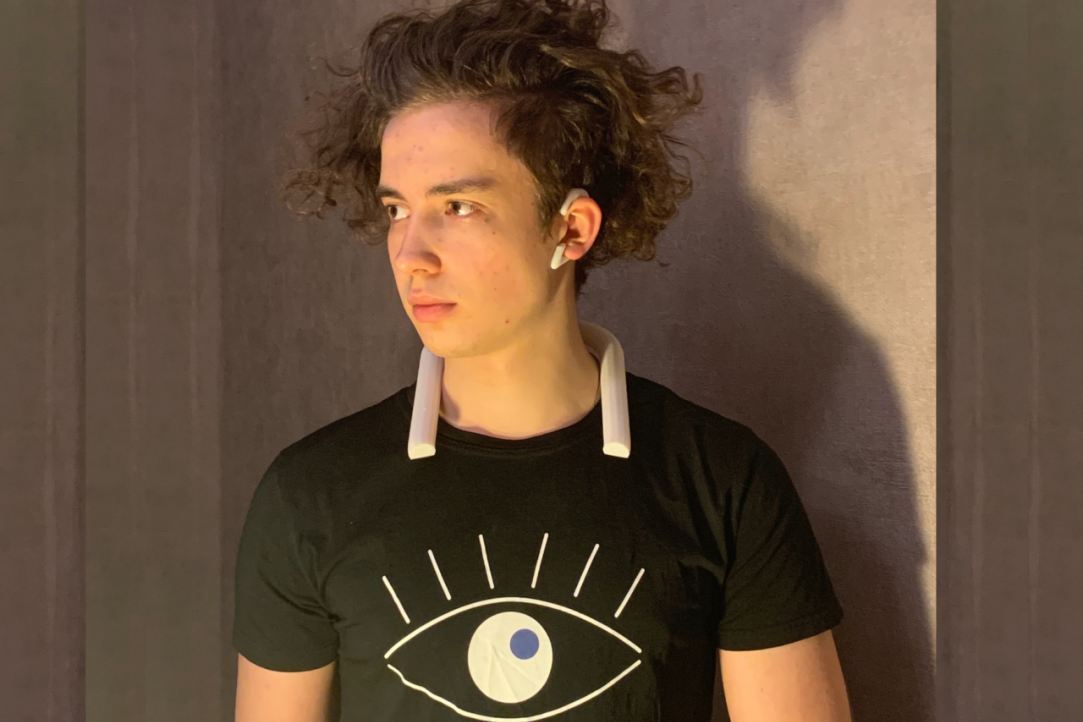 Two years ago, I saw an advertisement for the Muse meditation device (a headband that reads your brain waves and converts them into nature sounds to help you relax or focus – ed. note). I had already been interested in these kinds of devices, and I thought that studying how the Muse headband works might lead to an interesting idea, so I bought one. I soon gained an understanding of how it retrieves information about its user’s facial expressions by using only two points located behind the ears. Then, I began thinking about how this could be applied.

What Reface Does and How It Can Be Used for Businesses

I am developing a device that reads facial expressions by attaching to two points behind the ears. The device reads electric signals from these two points and sends them to a smartphone app. The signal is processed, and the app determines, for example, that the human blinked, or looked sideways, etc. 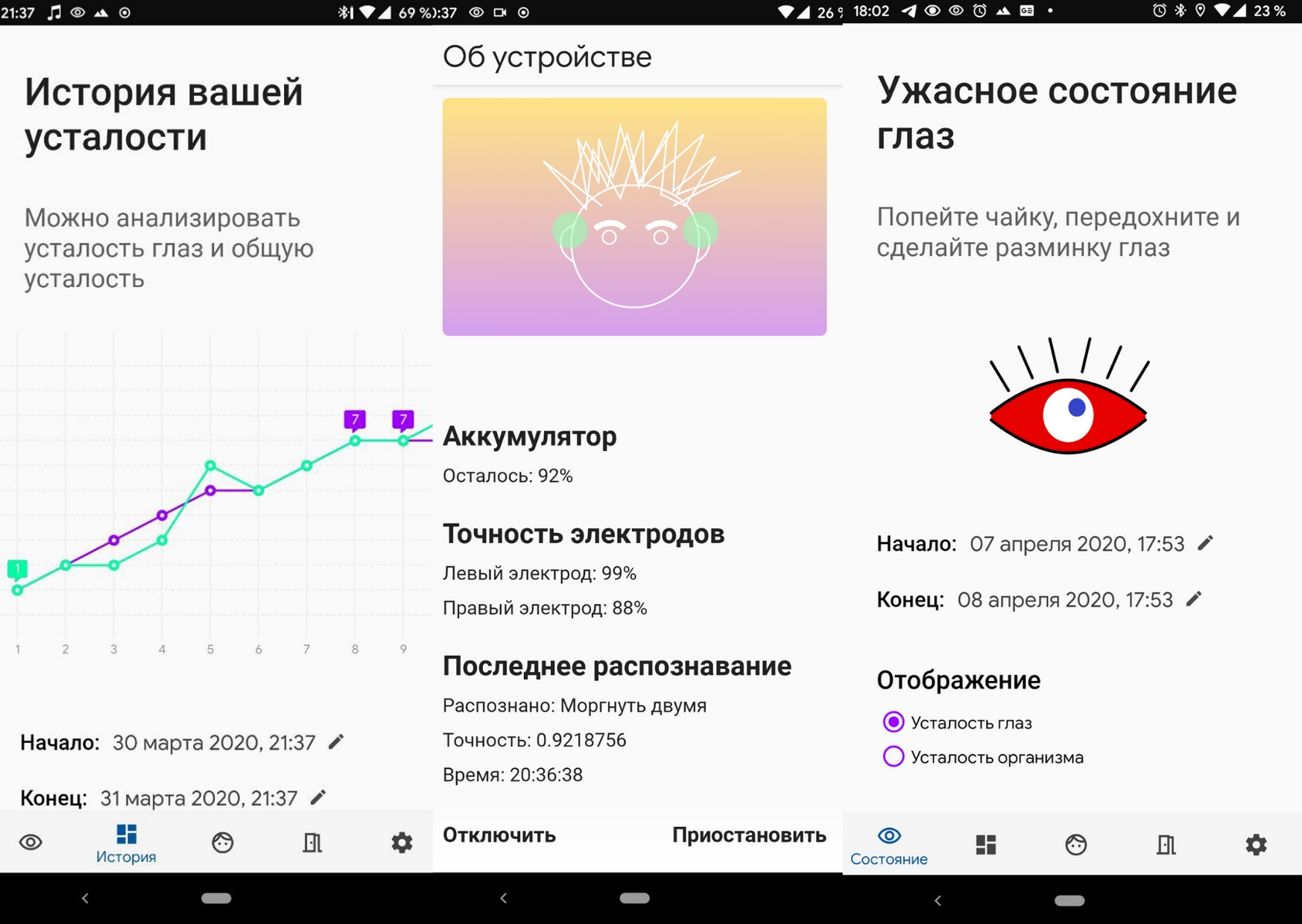 This information can have multiple applications. First, you can control your device: for example, you might blink three times to turn off the music on your smartphone. This is applicable for those who use smart speakers (but my device is more convenient, since you don’t have to say anything). In addition, you can use the neuro interface when you are unable to talk or press the buttons, for example, when your smartphone is in your bag and you are in the metro. Today, it is particularly relevant, since you don’t have to touch your phone, and this decreases the chances of any virus traces ending up on it.

Second, Reface helps monitor screen time-related eye fatigue. There is a certain standard rate of blinks per minute: if someone exceeds it, the app warns them that their eyes need to rest. I believe this is important. Many people (and even more so as more people work from home) work in front of a computer screen; their eyes get tired and strained; their eyesight suffers.

Third, the neuro interface can monitor the fatigue (and productiveness) of employees throughout the day.

This information may be helpful for companies that are willing to manage their human resources effectively (by assigning a number of tasks that the employee is actually capable of performing, for example).

At the beginning of 2019, I had a draft app with demo operations. I spent 18 months getting the project to its current state.

The main challenge today is to make my own hardware: today, all software works with a device produced by another company. This has to be done, since the other company’s hardware is not made for my app, and is not comfortable when worn permanently. I was going to finish developing the beta version in May, but due to the pandemic, the time frame has shifted: now my new deadline is July. 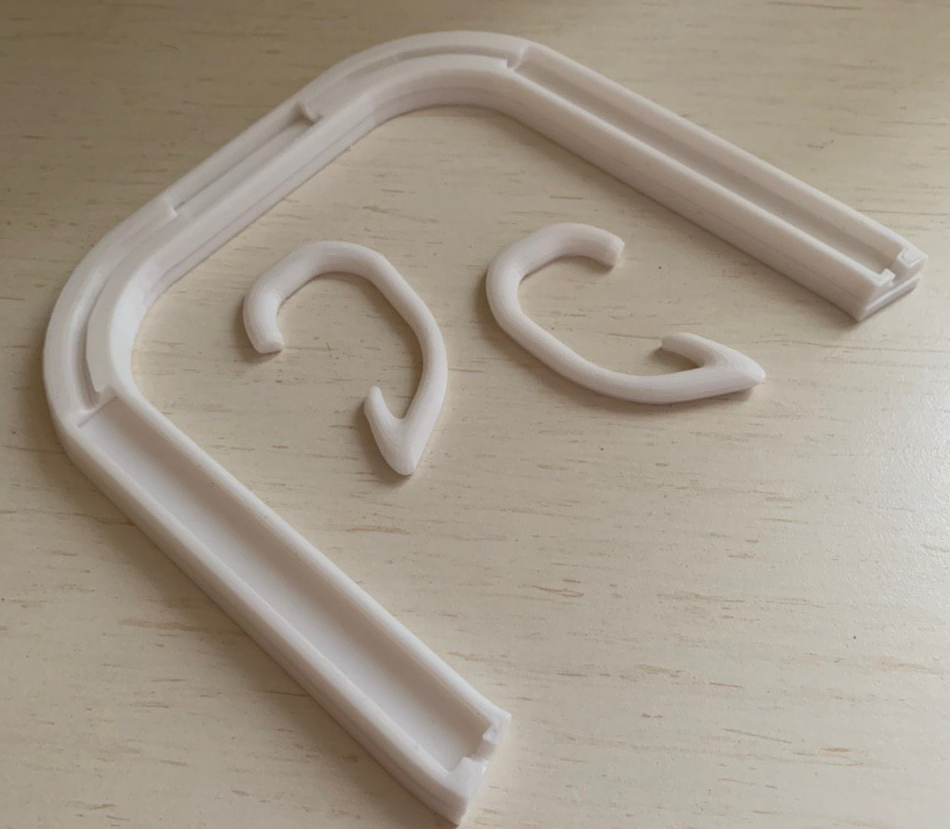 The device reads an electric signal, which is then sent to a smartphone app

According to my plan, after the beta version is developed, we’ll have to test the market, to understand who will use the product and how (if we are talking about selling it to individuals rather than businesses), and how willing companies are to buy a solution to monitor fatigue. I’m going to use this data to find an investor: I need the money to hire a team (after the beta version, the product will need to be further developed) and ramp up the project.

I work as a Middle Android Developer at Daoffice (a company developing corporate social networks) about four hours a day; I study and work on my project. Of course, in the future, I would like to focus on it completely, but this will happen when I trial my beta version and find an investor. Before this happens, I believe, it is too risky to leave the job, all the more so since it doesn’t consume a lot of my time and effort.

I think I’m where I want to be—at the intersection of business and IT. My grandfather often recalls a time he wanted to go fishing and needed worms. I organized my whole kindergarten class to dig for worms and supervised the extraction process. At the end of the day, my grandfather didn’t end up going, and we had a lot of worms. I asked a friend to store them, and his mother was very surprised to find worms crawling about in her apartment that night. As a child, I also played with electronics a lot (electronic building blocks, for example) and assembled various circuits. When I was 11, I downloaded a teach-yourself book on Python, and two years later, started developing for Android.

For me, the most useful subjects have been discrete mathematics and linear algebra. It is really too bad that I have only B’s in these subjects: they really were interesting, but I didn’t have time my first year to study enough to get A’s. The first-year course in software development is for those who are only beginning to code, but I have been doing it since I was a child, so I was not impressed with the subject. In terms of the classes I’ve been taking in my second year, statistics, discrete mathematics, as well as algorithms and data structures have been particularly useful.

The aim of the HSE and University of London Double Degree Programme in Data Science and Business Analytics is to train analysts and data scientists who are experienced in modern methods of machine learning, software development, working with big data and developing analytical models for business. Graduates of the programme will be in high demand as qualified specialists in financial data-driven organizations, consulting and IT companies, and start-ups.

Admissions to HSE’s degree programmes are now open. International students can apply online. To learn more about HSE University, its admission process, or life in Moscow, please visit International Admissions website, or contact the Education & Training Advisory Centre at: inter@hse.ru,  or via WhatsApp at: +7 (916) 311 8521.

Undergraduate applicants can evaluate their chances of being accepted by taking online mock exams.

‘Philosophy Isn’t Taught in School. You Have to Gain the Knowledge and Systematize It Yourself’

Amiran Karatsev won the 2020 HSE Global Scholarship Competition (GSC) in Tajikistan in subjects that are not usually taught in high school: philosophy and psychology. Amiran spoke to HSE News Service about the advantages of participating in person, why some of the Competition tasks have no correct answer, and how to not only effectively prepare for it, but have fun while doing it. Let’s prepare for the 2021 GSC together with 2020 winners!

The Central Agency for Evaluation and Accreditation (ZEvA) determined that the HSE Bachelor’s programme in ‘Sociology’ and the HSE Master’s programme in ‘Comparative Social Research’ meet international educational quality standards. Both programmes have been accredited unconditionally for six years.

Nikita Pershukov, a 4th-year bachelor’s student studying Information Science and Computation Technology at the HSE Tikhonov Moscow Institute of Electronics and Mathematics (MIEM HSE), has placed among the Russian national team’s expanded membership for the WorldSkills Russia competition in the ‘Network and System Administration’ category. In an interview with the HSE New Service, Nikita talked about the team selection process and what lies ahead for him and his fellow teammates.

Arina Smirnova (Kyrgyzstan) knows like no other what it is like to start all over again and achieve her goals in spite of everything. Arina won the HSE Global Scholarship Competition (GSC) for the first time in 2017 and then outperformed herself three years later. Arina spoke with HSE News Service about how to choose a competition subject that’s right for you, how to prepare for moving to another country and, most importantly, how to not lose faith in yourself. Let’s get ready for GSC 2021 with the winners of 2020!

Sixteen top managers of leading Russian and international companies gave online guest lectures and master classes at the HSE Graduate School of Business. CEOs and department heads spoke to students of all Bachelor’s and Master’s programmes of GSB.

In the new academic year, first-year students in the HSE Faculty of Economic Sciences will have the opportunity to work alongside senior students on joint projects that are both practice and research-oriented.

Many international students study at HSE University St. Petersburg's English-taught programmes. They come to Russia from different corners of the world for different reasons: to learn the Russian language, to live in a new place, or to immerse themselves in an intercultural environment. Several undergraduate students shared their impressions of studying at the university, interacting with classmates and lecturers, and living in St. Petersburg.

‘The Lockdown Was a Good Thing for My Studies: I Had More Time to Prepare for Exams’

The summer final exam session at HSE University (as well theses defences) was conducted completely online. The HSE News Service talked to international students about what they thought of the new knowledge assessment technologies and how they would like to take exams in future.