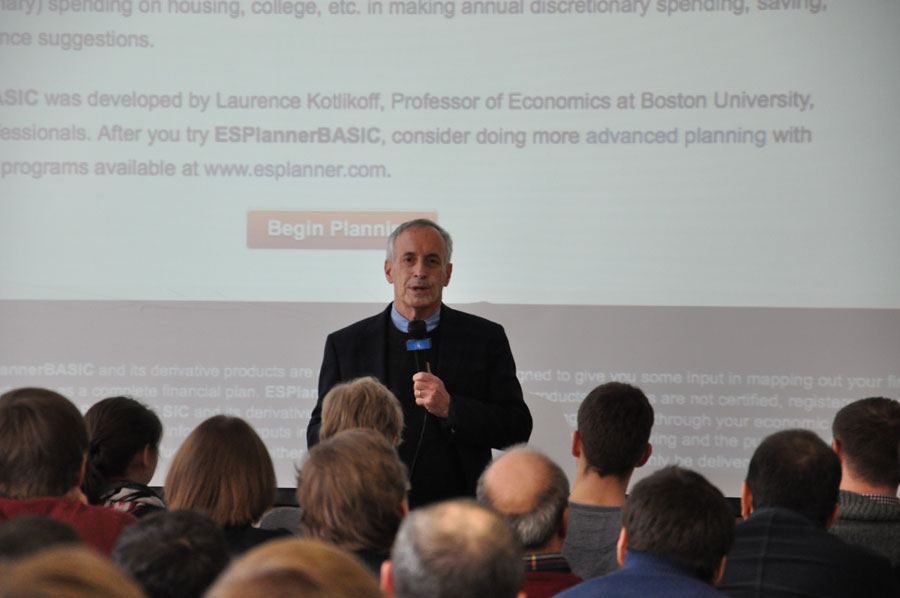 Lawrence Kotlikoff is a highly distinguished economist with over 200 published papers and numerous books on economics of intergenerational relations, consumption, saving, taxation, public finance and personal finance, in which areas he is a global specialist and consultant. He has served as Chief Economic Advisor to the US President, many national (including Russian) and international organizations, and has been a candidate for US president himself (2012).

Professor Kotlikoff is well-known for his work questioning the importance of saving for retirement in determining total U.S wealth accumulation (with Lawrence Summers). Together with Alan Auerbach, Prof Kotlikoff developed the first large-scale computable general equilibrium life-cycle model of economies comprising of a large number of overlapping generations. He is also known as a very substantive critique of the existing approaches to measurement of inequality using existing macroeconomic indicators many of which, he claims, are ill-defined. He eloquently elaborated on that view during his HSE lecture, which has been attended by more than 150 faculty and students. In particular, he advocated the use of spending rather than current income as the real measure of people's lifetime wealth, as the former tends to be a more reliable and time-invariant indicator of lifetime earning abilities. Proper measurements of income and inequality are important to qualify the issues of capital accumulation dynamics advanced recently by Thomas Piketty, as well as to fiscal imbalances, progressivity and regressivity of the tax scales, intergenerational transfers, ecological sustainability and other aspects of global economic development.

The audience will definitely remember his presentation of lifetime budgetary plan illustrated using special Fiscal Analyzer software developed by his company, as well as a live illustration of the virtual character of current wealth indicators (proven by the destruction of a $10-bill in real time by one of the attending students).