This year, the April Conference's plenary sessions will be held in a new format, specifically, discussions of the written texts of the papers prepared by the researchers. One session will focus on macroeconomic policy. Another will discuss policies regarding financial markets. The session moderators Evsey Gurvich and Nikolay Berzon describe some of the main topics below. 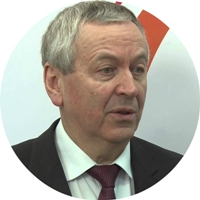 — Doctor Gurvich, what will be the main focus of the plenary session on macroeconomics?

— The plenary will focus on two keynote presentations: one by Ksenia Yudaeva, First Deputy Chair of the Russian Central Bank, and the other by myself; my paper Macroeconomic Policy: Progress and Challenges is intended for publication and distribution.

I plan to discuss the evolution of Russia's monetary and fiscal policies relative to recent economic crises – from 1998 to 2008-2009 and then up to the current day. As I understand, Ksenia Yudaeva will focus mainly on the monetary system.

Indeed, in the course of the current economic crisis, we have completed the long transition to a new monetary policy which involves inflation targeting and a floating exchange rate. Yet the key interest rate was sharply increased at the same time, and many have criticised the Central Bank for keeping it high and have urged them to lower it to "saturate the economy with money."

There has been a heated debate on the issue, and Ksenia Yudaeva is expected to explain the Central Bank's perspective and the reasons behind their current policies. We can also expect an explanation of the Central Bank's approaches to future decisions, namely the conditions and factors which can prompt them to lower the interest rate.

— What are you going to speak about?

— I will analyse how approaches to macroeconomic policy change in times of crisis. The last three crises have been caused by falling oil prices; they had other shared features, but also differences in terms of the extent and duration of the shocks and their implications for the country's economy and population. I will discuss, on one hand, how the lessons learned from previous crises have lead to subsequent changes in monetary and fiscal policies, and on the other hand, I will address the criticisms of current policies and discuss some alternatives proposed by the Stolypin Club and others.

— What kind of feedback do you expect from the audience? Who are the official opponents?

— This year, the conference's plenary sessions will follow a new approach: they will be organised around keynote papers which will be distributed to all participants in advance and inform the discussion, so that everyone will be in a position to criticise and comment on them.

Official opponents will include prominent Russian economists and analysts, such as Evgeny Gravilenkov, HSE professor and Chief Economist at Sberbank CIB, Andrei Klepach, Chief Economist at VEB, and Konstantin Noskov, Head of the Analytical Centre for the Russian Government.

Thus, a wide range of views will be presented, and I am sure that we will see a diversity of opinions and approaches to those problems which largely determine the state of the entire Russian economy. I also hope that the debate will encourage active participation from both the panel and the audience.

Nikolay Berzon, Doctor of Sciences in Economics, Professor, Director of the Stock Market Centre and the Centre of State Regulation of Financial Markets of the HSE Institute of Public Resource Management.

— What will be the main focus and who is expected to make keynote presentations at this plenary session?

— The session's title is Financial Markets Development Policy, so we will be discussing financial markets and their prospects, as well as their challenges and trends.

Financial markets are made up of a number of segments, the largest of them being the banking sector. Together with my colleaguesAndrey Stolyarov and Tamara Teplova, I will give a keynote talk on banks. In addition to this, the banking sector practitioners will contribute their perspectives: Mikhail Zadornov, Chair of the Board of VTB24 and Natalia Orlova, Chief Economist at Alfa Bank, are expected to give talks, while Oleg Vyugin, Chair of the Board of MDM Bank, and Sergei Dubinin, Member of the Supervisory Council of VTB, have been invited as official discussants.

— What are some of the main points of your presentation?

— My paper focuses on Russia's banking sector, in particular the challenges it is now facing. Russia's banking market is based on the German (continental) model, placing banks at the top of a country's financial system.

But what are we witnessing in reality? First, a very high capital concentration – the country’s five largest banks own 55% of all the banking sector’s assets; second, the dominant role of banks with state participation; and third, a drastic decline in the overall number of banks in Russia.

Is this good or bad? Globally, there is no universal opinion concerning the intervention of the state into the economy; nevertheless, our study supports the view that such intervention is unnecessary today. The rationale usually is that by owning controlling stakes in leading banks, the government can ensure that these banks function as 'development institutions'. Practice reveals, however, that in Russia, such banks actually operate as 'agents of influence' benefitting certain elites.

The decline in the overall number of banks also raises some issues. Yes, the Central Bank is pursuing the right policy by purging the market of money-launderers. But on the other hand, fewer banks in some Russian regions will mean little or no competition in the banking sector. Closing regional banks while keeping branches of federal banks as the only local providers of finance can delay loan processing and document approval if all decisions have to be endorsed by the bank’s Moscow office.

— Has the economic crisis influenced the session agenda and choice of topics?

— Naturally, it has reflected in both the content and structure of the papers. Indeed, a key objective of our study has been to determine how much the crisis has affected Russia’s financial markets. It has certainly played a negative role, further worsened by the global economic environment currently unfavourable for Russia. Due to sanctions, Russian banks with state participation have been unable to access a number of developed countries' financial markets and thus have been effectively cut off from external financing. Under such circumstances, the only solution would be to tap into internal resources, and the session will discuss what needs to be done in this respect.