This book directly confronts uncomfortable questions that many prefer to brush aside: if economists and other scholars, politicians, and business professionals understand the causes of economic crises, as they claim, then why do such damaging crises continue to occur? Can we trust business and intellectual elites who advocate the principles of Realpolitik and claim the «public good» as their priority, yet consistently favor maximization of profit over ethical issues?

Former deputy prime minister of Russia Grigory Yavlinsky, an internationally respected free-market economist, makes a powerful case that the often-cited causes of global economic instability — institutional failings, wrong decisions by regulators, insufficient or incorrect information, and the like — are only secondary to a far more significant underlying cause: the failure to understand that universal social norms are essential to thriving businesses and social and economic progress. Yavlinsky explores the widespread disregard for moral values in business decisions and calls for restoration of principled behavior in politics and economic practices. The unwelcome alternative, he warns, will be a twenty-first-century global economy in the grip of unending crises.

Grigory Yavlinsky is a Russian economist and founder and member of the Russian United Democratic Party (YABLOKO). As deputy prime minister of Russia in 1990, he wrote the first Russian economic program for transition to a free-market economy, 500 Days. He lives in Moscow.

«Reading Grigory Yavlinsky's remarkable book, I was reminded of Adam Smith, also a moral philosopher concerned with the correlation between individual aspirations and the enlightened evolution of society. It is invaluable to have the perspective of an intellectual such as Yavlinsky writing in the shadow of swiftly moving events on the global stage. He explains how market mechanisms influence international developments ranging from instability in European markets to the recent ‘Great Recession’ in the United States.» — Vartan Gregorian, President, Carnegie Corporation of New York

«Yavlinsky provides a new and in-depth interpretation of the events leading to the current recession and broader interpretations of how to avoid future ones. Realeconomik has my enthusiastic endorsement.» — Michael D. Intriligator, University of California, Los Angeles

«With clarity and eloquence, Yavlinsky argues that the deepest cause of the global recession was the erosion of the world economy’s moral dimensions. As a professional economist who has long been a leader of the Russian opposition, he knows how to splice politics and economics. As a politician who has repeatedly declined high office on grounds of principle, he lends the book additional authority. Realeconomik is a work that will, I believe, help to spark a public debate on issues of profound importance for humankind.» — Peter Reddaway, George Washington University 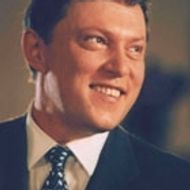 A Unique Opportunity for Students from Developing Countries

Ikka Korhonen, Head of the Research Institute for Economics in Transition, Bank of Finland:‘My interests lie in the area of macroeconomics, and there are a lot of papers being presented at the conference that important for my work.'

‘I Teach a Very Interesting Subject’

Sergey Pekarsky, Professor at the Faculty of Economics Subdepartment of Macroeconomic Analysis, first came to the HSE to get a second higher education, since he did not know where to apply his knowledge of applied mathematics. Fifteen years later, he is about to head the HSE’s Department of Theoretical Economics, and students have voted him one of the best teachers at the HSE.