Developed in cooperation with the German Academic Exchange Service (DAAD) and the German-Russian Chamber of Commerce, the Doing Business in Russia programme combines practical experiences through internships with theoretical knowledge in the classroom in order to offer a wide-reaching introduction to Russia’s business culture.

Wolfgang Dik, ex-head of the Economic and Science Department at the German Embassy, says, ‘This programme makes a significant contribution to promoting Russian-German economic relations. Students from both countries will go on to form the future leadership of our societies’.

From the very start, the aim of the programme has been to bring young people to German enterprises that have operations in Russia. There are approximately 6,000 German enterprises in Russia and while there are German managers with considerable experience, there has been a lack of people from the younger generation. The programme therefore brings clear benefits for enterprises that are looking for a new generation of managers who know Russian and who are able to work in both cultures.

‘Young people want adventure, they want to see something new. If they go to Russia when they are young and stay here for a long period of time, they are linked to Russia for the whole life,’ says Karsten Heinz, an expert intercultural communications between Russians and Germans who supported the programme start. ‘The program widens their horizons and gives them a competitive advantage in the job market.’

Natalia Guseva, Professor at the Department of General and Strategic Management at the School of Business Administration, said that a record number of vacancies for the 2016 autumn semester was presented by German companies in Russia, but there was also a record number of applications from German students. The multi-stage competition was very tough. Some of the German students were even ready to study and pay the tuition themselves, which is a sign of the programme’s visibility.

One of the changes made to the introductory module has been the greater focus on interactive studies and business simulations, where students participate in the decision-making process and demonstrate their knowledge of both the theory and the practice of German companies’ operating in Russia.

Previous successful experience prompted the programme to implement a new ‘Neso Russia Internship Programme’ with partners from the Netherlands. The programme opens its first enrolment in October 2016, and in January 2017 the students will come to HSE. 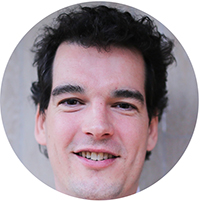 'Russia is an interesting country in many aspects, with a large economy strongly connected to the Netherlands but for many also a still unknown country. With this programme we hope that students get to learn about themselves, about working in a company within an international environment in a new country.

We will start small with perhaps 10 students next year, but the goal is to make this programme grow year by year.  We begin with internships at Dutch companies or Dutch-managed companies in Moscow and St. Petersburg. If we see the programme works well and there is enough interest from students in the Netherlands, we will also look at other global and Russian companies.

We believe it will be very interesting.  An internship is an important part of the curriculum and to be able to do an internship at a large Dutch company in a global city such as Moscow is a wonderful opportunity!' 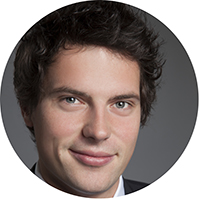 I found this HSE-DAAD programme an exclusive possibility for Germans to find a paid internship in Russia. We also have very interesting companies taking part, like Siemens and Bayer. This is why I joined the programme.

I want to work in the energy sphere, and Russia is of course the number one energy country on our continent. I travelled to Siberia two years ago – Russians are so hospitable;, they were inviting me to stay with them even though they didn’t really know me. It was such a great experience that I decided to come back.

I worked at Siemens in the strategy department. I was involved with market entry strategy for new technologies where we had to deal with localization strategy. We conducted analysis of what needs to be done. I was also working on energy technology, and was looking at exchange rates and oil price forecasts as well. We focused on other CIS countries to see what other projects Siemens could take part in there in the future.

For my Master’s thesis, which I need to write, I will continue working on the topic I started researching during my internship at Siemens – energy in Russia. In the future I may apply for a job in Russia. 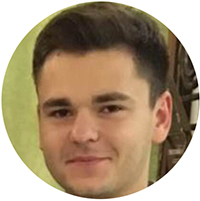 This programme is unique and convenient. They not only help to find an employer for an internship, but also help with all the paperwork, such as visas. We study at the university and get professional experience at the same time. This is an ideal solution today, and I’m very pleased that I’ve participated in it.

I worked in the strategic marketing department at Bayer where I learned a lot in professional terms about how marketing works. I studied how brands are managed, how marketing strategies are developed, how promotional videos are created, and how the architecture of the brand is built.

Despite the fact that the company is German, it has some features related to the fact that it operates in Russia. The employees have very close ties and often meet out of the office. I became friends with my colleagues and gained a number of new impressions. The programme also helps when it comes to establishing useful business contacts.

My experience of working in Russia and the Russian language skills I gained can be my competitive advantage in my future career. I can see myself as an expat employee in Russia at some point. 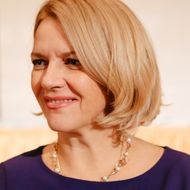 Student Internship Programme at the

In April 2020, the Institute for Applied Political Studies (IAPS) launched an internship programme. Programme interns work together with Institute staff on joint projects, as well as acquire new research and communication skills. 40 students are currently participating in the programme

‘If You Don’t Try, You for Sure Will Not Succeed’: Eugene Kaspersky Visits HSE

At the invitation of the HSE Student Business Club, CEO, Russian cybersecurity expert, and Forbes-ranking billionaire Eugene Kaspersky visited HSE University to meet with students. Kaspersky discussed the founding of his renowned Kaspersky Lab, his experience entering the international market, and the role of all things digital in the world.

Logic of Ignorance: Why Russian Oil Companies Are not Responsive to Environmental Concerns

Senior management of Russian oil companies lack environmental awareness and refuse to invest in environmental safety, according to Sofia Villo, who has examined the operations of Russia's major oil producer from an ecological perspective.

A Russian nationwide educational online platform for entrepreneurs and to help develop infrastructure for the provision of public and commercial services based on a ‘one-stop-shop’ system, created by the Ministry of Economic Development together with Sberbank on the basis of the bank’s Business Environment online platform was presented on the last day of the youth festival. This platform is also known as the ‘National Knowledge and Solutions Platform’. HSE is a partner on the project.

Doing Business No Matter What

Having a career as entrepreneur is possible even in adverse circumstances, such as going against one’s family, lacking connections and living in a small provincial community; all of these can stimulate rather than hinder one's entrepreneurial drive, found HSE researchers after studying the life trajectories of young Russian business owners. The study findings are presented in the paper 'Biography as a Tree of Choices: Discovering the Life Trajectories of Young Entrepreneurs in Russia'.

'The Best Way to Start a Business Is by Networking'

Cafes and restaurants in Russia currently find themselves in a very competitive environment, which is why a lot of new formats and ideas arise. In the latest edition of Success Builder, the founders of Jeffrey’s Coffee, Alexey Mironov and Alexey Karanyuk, discuss what makes a ‘good’ café, why it’s important to go see what competitors are up to, and what the prime costs of a double espresso are.