Curiosity as a Good Motivation for Researchers and the General Public 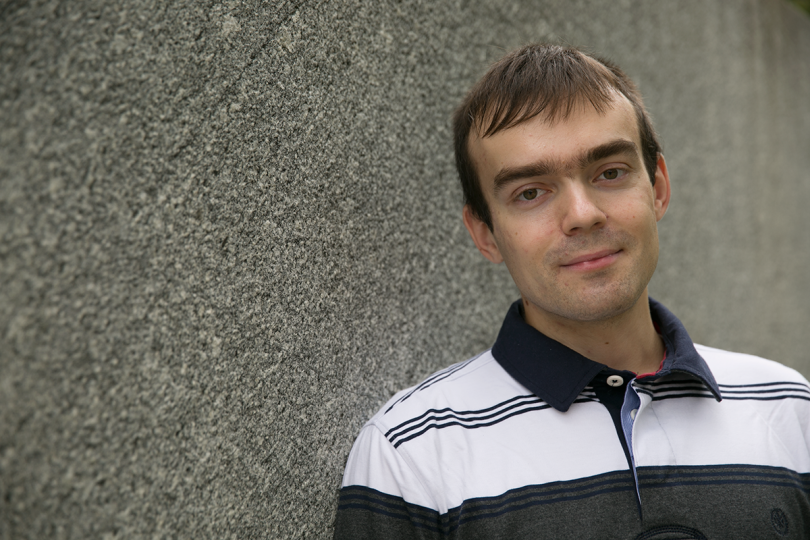 In 2015 Alexey Bufetov graduated from HSE Doctoral School of Mathematics, and is now working at MIT. He has talked to HSE News Site about his research and his career as a mathematician.

How a hobby grew into a research degree

My parents were physicists, my brother was a mathematician, so I was always supported as I pursued my education first at a mathematical school and then at MSU’s Mechanics and Mathematics Faculty. I always enjoyed mathematics, and I was quite good at it. It was really nice to see that my favourite subject, my hobby and pastime, was so compatible with my work.

There were two factors that influenced why I chose HSE as a destination for my research degree. First, the Faculty of Mathematics is home to a host of well-known mathematicians, and I really enjoyed working with that team. The opportunity to work with my academic supervisor, Grigori Olshanski, was a particular draw.

Second, full-time research degree students at HSE enjoy outstanding conditions, including a grant you can actually live on, laboratory time, and the opportunity to travel to scientific and research events. This enabled me not only to continue my research without worrying about making some extra money somehow, but I also had HSE support in taking part in summer schools, conferences, and work experience. That was particularly important for me.

The Mathematics Faculty is very new, but has already become recognized as the country’s leading mathematical faculty. Most of the strongest applicants (for example those who have won prizes in Russian national Olympiads in Math) are already enrolled in this faculty. I really hope they continue to develop as they have done to date.

It is not impossible that the person who first used stones to create fire was driven by curiosity rather than a need to cook meat, and this could be a very good motivation for researchers – and for humanity as a whole

I think the best thing about the Mathematics Faculty is its creative atmosphere. Members of the Faculty, researchers and students, all enjoy studying mathematics. In that kind of environment you work faster, it’s much more straightforward, and you’re more motivated.

On probability theory and pure science

I am involved in problems that occur at the confluence of different spheres. It involves a little algebra, a little combination theory, a little mathematical physics, but my main specialization is probability theory. In the first two years of my university studies I did a lot of courses in a number of different areas of mathematics, and I knew that research linked with probability would be interesting. However, mathematics can never be fully split into separate areas, it really is one subject.

However, any scientist or researcher is glad when they see that subjects, ideas, methods used in one area are also shared by another area, especially one that had not been seen as in any way connected. This doesn’t happen often in mathematics, and it is really nice when it does.

The best thing about the Mathematics Faculty is its creative atmosphere

Unlike most fields in mathematics, intuition plays a key role in probability theory. It’s easy to get an intuitive understanding of questions that are not easy to answer. Say, it is clear what a random integer between 1 and 6 is – just roll a dice. But a random real number between 0 and 1?  What is a random integer? Back in the early 20th century mathematicians did not know how to construct a rigid probability theory that is also capable of explaining what we know intuitively.

It is clear that probability theory has a number of uses: in the economy, in statistical problems that we encounter all over the place – from which hand the goalkeeper needs to use to deflect the penalty, to what medicine you need to choose to treat an illness. It’s intriguing, but that is why some mathematicians even take a rather snobbish view of those who ‘dabble in probability’ – claiming they are too close to the applied disciplines and have strayed too far from pure science. Three out of four of the most recent Fields medals were, to some extent, linked with probability theory. 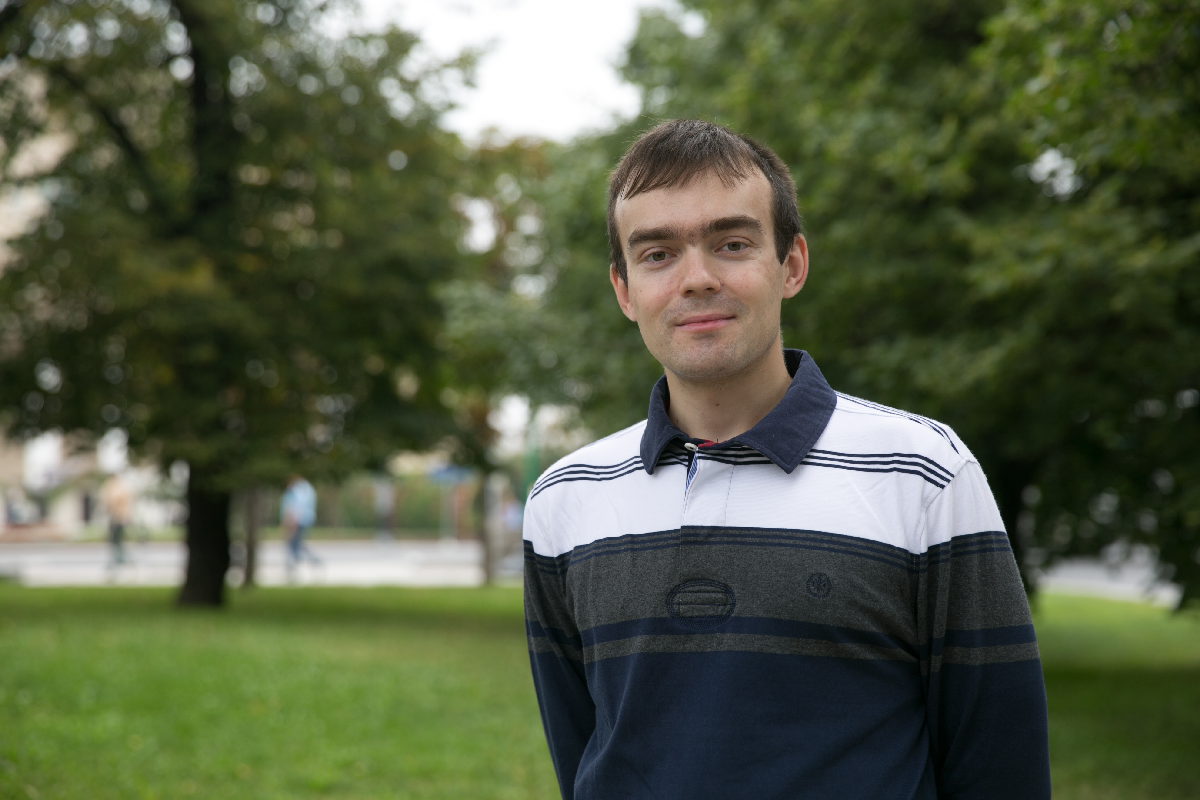 On how you can use mathematics

Of course, the overwhelming majority of mathematical work does not have any direct practical application. There are various types of ‘justification’ you can call on here. Firstly – economic. If vector space differentiation and the Law of Large Numbers were patented and could earn mathematicians a percent of the turnover, then mathematicians would live quite well indeed. But the relationship between science and society has always been somewhat different.

Another way would be to say that the mathematician’s involvement in teaching fundamental subjects is in itself a significant contribution to the general good. This is the approach seen in the United States: ‘Dear Mathematicians, teach mathematical analysis to engineers and bankers, and spend the rest of the time on your research.’ This system works but not everyone is happy with it.

I prefer the more highbrow approach, that humanity needs more than just goods and entertainment, it needs peace. And this is the key goal of any real science – mathematics included. I would not be particularly upset if my work never finds any application in ‘the real world’. It is not impossible that the person who first used stones to create fire was driven by curiosity rather than a need to cook meat, and this could be a very good motivation for researchers – and for humanity as a whole.

On working at MIT

I am currently a post-doc at MIT. It was difficult to decide to leave and go to work in a different country. I like living in Moscow and I don’t see any advantages to life in the West. But from the point of view of my work, it really is very helpful to work in different places, it expands your world-view, and for today’s international science and research environment this is very important. In the Spring semester at MIT I gave lectures on accidental processes and of course could not help but compare the approach to education in Moscow mathematics faculties and there. Accidental processes are the same everywhere – but there is still a significant difference.

Take organization: in American universities there are virtually no compulsory courses, all the courses are optional (and I don’t think that really works). The large number of formula, not theory, based math courses was also unusual. You just do not see that in Russian.

There are a host of advantages to working as a mathematician. It is a very free profession, the professional community comprises very engaging individuals

There is a significant difference in how students and teachers interact. For example, in America you don’t tend to address a particular student, the questions are put to the entire room and those who want to answer – answer. Most students are very motivated, they take their homework and lectures very seriously, and most of their studies take place during the semester – not the night before the exam as you often see in Russia.

You also have to remember that Russian and American universities exist in very different environments. Almost all US students pay huge sums of money to study and that has a clear impact on the educational process, both positive and negative. In Russia higher education is free. I have really started to value that – and started to understand that there is a kind of moral obligation, and it is good to somehow give something back.

About a career as a mathematician

The standard career for a mathematician looks like this: after qualifying he or she spends three years working as a post-doc, a temporary position like an Associate Professor. Then, they spend 5 years as an Assistant Professor in a different university and win their professorship. You have to get used to this process.

For example, there are a number of problems in mathematics which are really endless, even if you study them for years you may well not make any progress. And any advances in these areas are very interesting. These problems always have to be put off, because tackling them when you’re in a temporary position is very risky.

Overall, there are a host of advantages to working as a mathematician. It is a very free profession, the professional community comprises very engaging individuals. You can earn higher wages in programming or economics, of course. But the main thing is that you have the opportunity to really enjoy your work. 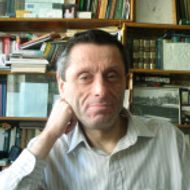 The MendiT Research Lab, based at the HSE University Doctoral School of Arts and Design, will become a resident of the GES-2 Cultural Centre for a month from June 5th. The researchers will introduce members of the urban community to the lab and explore the practices of mending clothes together with them. Some of the lab participants told the HSE News Service what it's like to be searching for a method and object of research.

Doctoral Students Need the Support of Not Only Their Academic Supervisor, but Also of Other Faculty Staff

To successfully defend a doctoral dissertation, PhD candidates need not only the support of their academic supervisor and close friends and relatives, but also system-wide assistance from the university department or faculty where they study. However, HSE University researchers have found that such support can take different forms and that each has a different effect on how confident a student feels in their ability to successfully defend their dissertation. The results of their study were published in the journal Higher Education Quarterly.