‘The Future of Consulting Lies in Data Analysis Projects’

First-year ICEF master’s student Tamara Shangina has won the McKinsey Moscow Next Generation Women Leadership Award 2017 with her project on data analysis. Below, Tamara discusses how she decided to switch gears from programming to finance, as well as what role case championships and a student loan from Sberbank have played in her life. 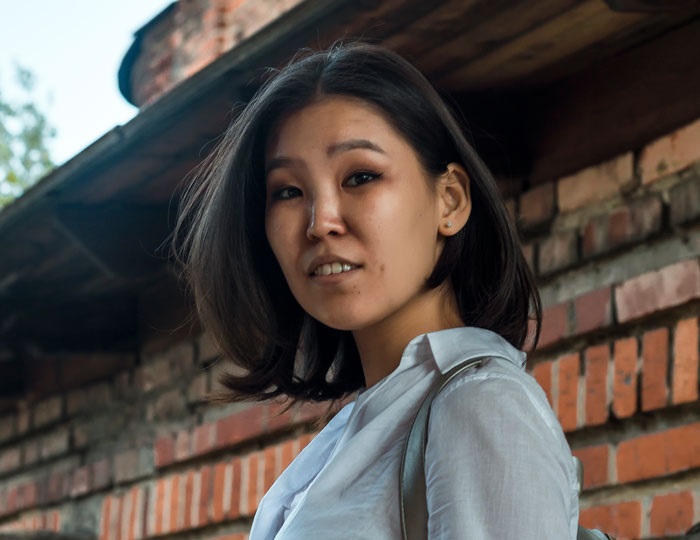 Case Championships Draw You In!

In my third year of undergrad, my classmate invited me to participate in a case championship. I agreed, but it was more about the team really. I learned what consulting was really during the case championship, and it made a strong impression on me. Almost immediately after, I was asked to participate in another championship and then another after that. Throughout the following year I continued participating in different championships and gradually started realising that I was drawn more to consulting than to programming. After my fourth year, I interned at PwC (a Big Four consulting and auditing company) and decided to continue my studies in a master’s programme in economics. I was deciding between the New Economic School and ICEF, but after looking at the academic plans, teaching staff, graduate perspectives, and all the support offered to students, I selected ICEF. I wasn’t able to get a government-sponsored spot, so I had to take out a student loan from Sberbank, which I definitely don’t regret doing. Now, after my first year of studying, I understand that I’ll more than just recoup these funds thanks to the new knowledge, projects, and prospects that have opened up for me.

For example, the majority of applications I sent out to consulting companies when I was an undergrad were rejected, whereas this year I am going through the selection process at a number of leading international consulting firms.

How to Master Economics with a Mathematics Background

There are different kinds of maths. I don’t have difficulty calculating something, but I have to read a large amount of literature and spend a lot of effort on understanding the economic significance behind all of these numbers and why, for example, some economic models are viable while some are not.

At first, English was also difficult. I didn’t have very good technical English before, and everything here is taught completely in a foreign language. You have to read, listen to lectures, and write in English. But after a few months of hard work, everything came together.

The McKinsey Next Generation Women Leadership Award 2017 is a competition held for girls by McKinsey’s Moscow office. The competition took place in three stages – a resume screening, a statement of purpose review, and two in-person interviews with HR and a McKinsey consultant. The last of the interviews included case studies, which was unexpected, but interesting. As the winner, I received a scholarship and mentorship from McKinsey, as well as access to different closed events.

I won with a project in which I analysed data from a chain of medical clinics. We are working on the project as part of the Centre for Mathematical Finance, which now has its own divisions at HSE and Moscow State University. Medical clinics have huge databases, but they are not used in any way. We used the data to build a client portrait, and we showed which groups of patients bring in more revenue. In addition, we demonstrated how client flow has changed both qualitatively and quantitatively over the last several years.

I want to promote data analysis among the masses. This seems like a prospective area. Most companies now have the technical capabilities to collect data, but they don’t always understand what to do with it. Before I began taking part in case championships and studying economics, I only knew how to process data, but I didn’t understand how to apply this to a company’s needs.

Now that I’ve worked with data, I’m able to predict different things, such as what will happen at a certain company or store depending on the season, region in which the store is located, and other important factors. I am also able to predict how to adapt an advertisement for the end consumer, as well as which advertising approaches are worth spending money on or not, and a lot more.

IDAO 2021 Qualifying Round Comes to a Close

30 teams have advanced to the finals of the 2021 International Data Analysis Olympiad (IDAO) after passing the qualifying round, which was dedicated to the search for dark matter.

The registration period for the International Data Analysis Olympiad (IDAO-2021) is open until March 12. The qualifying round has already begun and will run until March 31. This year, the HSE Faculty of Computer Science and Yandex are holding the Olympiad for the fourth time. This year's Platinum Partner is Otkritie Bank. The Olympiad is organised by leading data analysts for their future colleagues—early career analysts and scientists.

The HSE Faculty of Computer Science (FCS) and Yandex held the Online Final of the IDAO-2020 International Data Analysis Olympiad, which took place for the third time. The task for the final round was provided by QIWI, the platinum partner of the event. Sberbank also became a competition partner.