At the hackathon, the inter-university team representing HSE University, the Moscow Institute of Physics and Technology (MIPT), and Bauman Moscow State Technical University, decided to improve the way in which MRI machines work. According to the developers, the existing technology has major disadvantages. Firstly, MRI devices rely on receiving coils that are specific to each part of the body, and in order to move the device, you have to change the connection diagram of the receivers. Secondly, due to the rigid frame design, they do not fit patients’ bodies snugly, and obtaining a clear picture requires a lot of time. 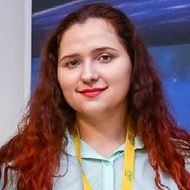 In simple terms, an MRI device consists of three types of coils, two of which – radio frequency and gradient – are external. The rest, the receivers, are located in various receiving points. They number anywhere from 40 to 100, and, depending on what part of the body is currently being scanned, a certain set is used. Moreover, the device has only eight channels, or, at most, 16. This feature requires the doctor to change the receivers before each new patient — after all, one patient might need a scan of his hand, another might need a scan of her head, another might need one of his chest, and so on.

Moreover, the MRI machine cannot be turned off; it must always be on. And additional devices can’t be used, since the channels are patented by the manufacturer. In light of these issues, the team came up with the idea of a ‘smart blanket’ that doesn’t need to be hooked up directly to an MRI machine. Instead, a doctor simply covers the area of a patient’s body in question, and, due to its flexible fit, receives a high-quality image. A single-channel transmitter is suitable for any part of the human body and is autonomous from the rest of the device.

‘We delved into the problem as deeply as possible and chose several cheap and ready-made technologies: printing soft coils, transferring data through an external coil, a low-current verification system to more accurately determine the area being scanned, and a wireless power system supplied by the energy of the MRI,’ says MIEM student Maria Loseva. ‘As a team member, I answered tricky questions from the jury, and our team members from MIPT searched for information, selected relevant research and technology on the topic, and justified the device’s implementation. Valeria Gress from Bauman conducted a competitive analysis and drew up the prospects for the development of the project, and Darya, our team leader, combined all of our work into a single whole and presented the project at the defense.’

The hackathon was held as part of the Big Challenges Summit, co-organized by the Talent and Success Foundation and the recently opened Sirius University of Science and Technology. Every year, students, graduate students, researchers, and representatives of companies and research centres attend the summit to discuss current scientific research and conduct open discussions with leading scientists and company leaders.