Nadezhda Radina, Professor at the HSE Faculty of Humanities in Nizhny Novgorod, studied psychological well-being among foreign students in Russia and presented her findings in a report ‘Educational Migration in the Context of the New Migration Policy of Russia’, which was prepared for the XV April International Academic Conference on Economic and Social Development.

Professor Radina says that students from non-CIS countries who study in Russian universities rarely see their future in Russia, but their knowledge of Russian could be useful for international cooperation. Students from CIS countries, on the contrary, often want to stay in Russia and, over time, refill the pool of qualified workforce in the Russian economy. Nadezhda Radina emphasizes that educational migration is a form of ‘soft power’, which effectively promotes Russian national interests.

Russia is one of the ten most popular countries for educational migration. But we can’t ignore the fact that many foreigners studying in Russian universities experience difficulties adapting to Russian conditions. Some of them suffer because of the huge language and cultural barrier. Many international students admit they are afraid of xenophobia, and such fears exist even among students from Europe and the USA, who rarely face real intolerance. Nizhny Novgorod is a major city for migrants, alongside Moscow, St. Petersburg, Voronezh, Tomsk, Krasnodar, and Belgorod. Professor Radina focused her study on students at the Lobachevsky State University in Nizhny Novgorod, Nizhny Novgorod State Medical Academy, as well as Nizhny Novgorod State Conservatoire. From 2006 to 2013, interviews were conducted with three groups of international students: students from Asia and Africa (39 interviews) and students from the CIS  (36),  receiving higher education in Russia, as well as students on exchange programmes for 3 months or less from the EU and the USA (13).

‘They need some kind of cultural preparation’, Radina found, ‘Almost all students, while planning to study in Russia, did not know enough about  Russian culture and usually limited their preparation to learning the language’ she says. It’s obvious that Russian-speaking students from  CIS countries, especially those coming from big cities, find it easier – they experience almost no culture shock.

Students from Asia usually come as part of long-term higher education programmes . But, as a rule, they don’t plan to stay in Russia. Students from the USA and the EU, on short-term exchange programs, also don’t expect to settle here. But, Radina points out, these two groups of educational migrants are oriented to future international cooperation. In fact, they are a resource for promoting Russian national interests.

Migrants from post-Soviet countries who study in Russia are planning to work here (Moscow is the most popular destination for them). Professor Radina believes they are an additional reserve of young highly-qualified specialists for the Russian economy.

Over 80% of all foreign students come from CIS countries. In 2011, according to Rosstat government statistics, there were 190,000 of them in Russia.  After the CIS, China, Vietnam, Mongolia, Iran, and Palestine are most active in sending students to Russia.

According to Professor Radina, up to 15,000 foreigners and Russian ex-pats can enroll with state-funding in Russian universities. As part of this quota, in 2013-2014, students from 131 countries studied in Russia. Over half of foreign students enter universities in Moscow, St. Petersburg and other cities with a population of 1 m or more. The most popular courses among international students include humanities (20.5%), health care (20.2%), and economics and management (16.6%).

Research shows that for students, the important factors in choosing where to study  are, first of all, language ( one they consider will be useful in future), a country’s (and the university’s) level of activity in the international economy, policy in terms of foreign degree recognition, as well as tuition costs. Other factors include the university infrastructure (dorms, health insurance etc), availability of internships and grants, as well as the language skills of students and instructors. 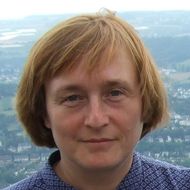