From September 28 to October 10, the HSE School of Philology (Faculty of Humanities) will host Susanna Witt, Associate Professor, Senior Research Fellow, Uppsala Centre for Russian and Eurasian Studies, Uppsala University (Sweden). During this time she will lecture at a conference on World Literature as a Soviet Project, as well as teach several lectures in the School of Philology.

Professor Witt became devoted to the topic of literary translation in Russia after attending a conference in Exeter in 2008 where she met Dr Elena Zemskova of HSE and discovered that they shared a common interest in literary translation as a cultural phenomenon during the Soviet era. Since then, they have been collaborating within a growing international network of scholars seeking to bring the fields of Slavic Studies and Translation Studies closer together.

In 2014, both Zemskova and Elena Ostrovskaya, also of HSE, took part in the international conference on Translation in Russian Contexts: Transcultural, Translingual, and Transdisciplinary Points of Departure at Uppsala University. This past June, both scholars participated with Professor Witt in a block of panels on translation for the First Annual Tartu Conference on Russian and East European Studies.

Ahead of her upcoming visit to Moscow, Professor Witt spoke with the HSE news service about her interest in translation and what attracted her to Russian literature in particular.

— What is bringing you to HSE Moscow?

— I have been invited to give a plenary speech at the conference called ‘Mirovaia literatura kak sovetskii proekt’ (World Literature as a Soviet Project) to be held at HSE from September 29 to October 1. In connection with that, I will also do some teaching at the School of Philology, Faculty of the Humanities.

— You are an expert on issues of translation, having studied Soviet and Russian traditions of translation and devoted a number of papers to these issues. Why did you choose Boris Pasternak for your research? What is so attractive about his Doctor Zhivago in the 21st century?

— I began as a Slavist and literary scholar, and Boris Pasternak’s novel was the topic of my PhD dissertation. As a foreigner, I was fascinated by the way Pasternak uses language, both in his prose and poetry. That fascination led me, in turn, to some insights in Pasternak’s poetics. Now I think that was a lucky choice, because perhaps no other work of Russian literature is so deeply embedded in the culture of its time. I learned a lot.  As a key to that culture, the novel will never lose its relevance, of course. And in the 21st century we may turn to it, for example, for its topical critique of non-creative language. It was actually a piece I wrote on Pasternak’s ‘Hamlet’ translation that spurred my interest in issues of translation as related to the Soviet context.

— Unfortunately, I don’t have the time to read as much as I would like to, so I can’t say that I follow Russian literature in any sense. But I like Vladimir Sorokin and I think that he is a very important writer for Russia today.

— What would be your message to students at the beginning of the new 2016-2017 academic year? What might inspire and encourage those who are interested in philology these days?

— ‘These days’ are terrifying in many ways. In the wake of terrorism, authoritarianism and growing international tensions we are witnessing an onslaught of monological thinking in both politics and culture. Therefore, translation as a subject has never been more topical. As students of philology you have unique opportunities to gain insight into translation processes and, hopefully, to provide new perspective. 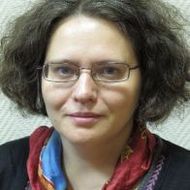