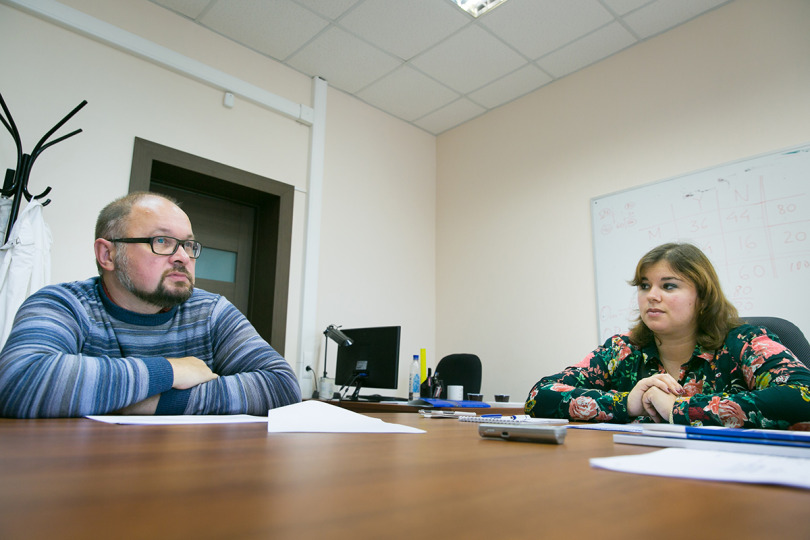 The laboratory chose an unusual form of international research cooperation. The annual international conference in November is just the tip of the iceberg. ‘We have organised a wide network of associated colleagues who work, not for money but for the sake of ideas.’ LCSR Director Eduard Ponarin explains. ‘They come here from all over the world to give us progress reports on their research and ask our advice. Then they publish under our affiliation.’ We invite applications from researchers three times a year. Currently we have almost 100 researchers and experts in the network from the USA, Europe and the CIS and 24 are on the staff at LCSR in Moscow and St Petersburg.

The presence of LCSR on both campuses came about for formal and bureaucratic reasons. ‘Some people were sceptical about how it would work’, says Eduard Ponarin, ‘but they were proved wrong.’ The distance hasn’t made a gap between Petersburg and Muscovite researchers — they use videoconferencing to come together in the laboratory’s seminars every week.

Staking all on the youth

The laboratory in St Petersburg has a largely young team (nearly everyone is under forty), and Moscow doesn’t have any colleagues over 35. ‘We put our stakes on the younger generation from the beginning for good reason,’ says Eduard Ponarin. ‘For us it isn’t just about having more international colleagues but about them knowing new methods of data analysis. Unfortunately, our sociologists who were brought up in the Soviet then Russian tradition find it hard to adapt to innovations. Younger people are more flexible and learn new methods more easily which in turn helps them to communicate and find a common language with western academics which is important for collaborative research and publications.’ 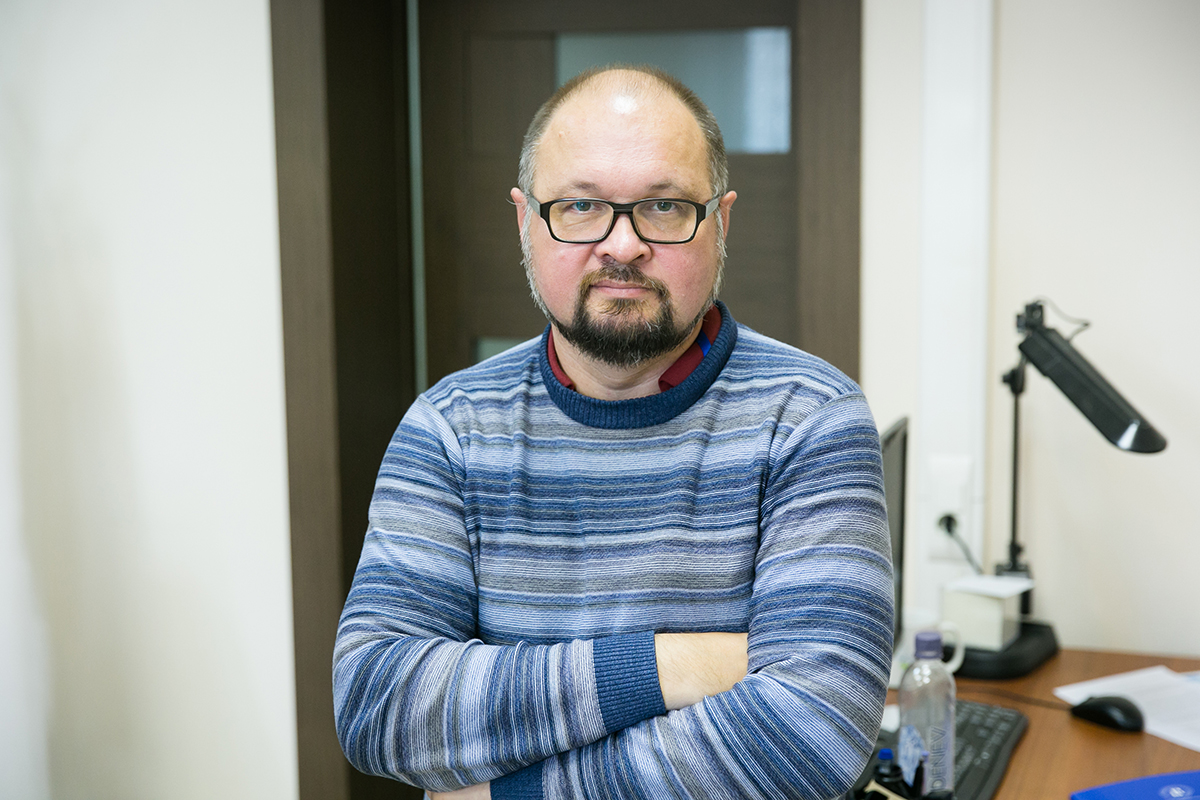 Having a young team does lead to rather high mobility. Some staff at the laboratory who became international academics while they were still young often take the opportunity to develop their careers abroad. They go Princeton, Columbia, Michigan and other universities for their PhDs or walk straight into a job in Stockholm, for example. ‘But that’s normal and we should welcome it,’ says Eduard Ponarin. ‘I just hope that some of them will come back to the laboratory later on.’ Some, however do stay on and work for long, fruitful periods at LCSR and gradually rise up the ladder from internships to become research fellows.

LCSR specialises in comparative, inter-country research involving some value component. We use secondary analysis of data from surveys in the public domain. Several research groups have taken shape, working on corruption, gender issues, values systems, lifestyles and other topics.

LCSR’s research on Russian elites by Eduard Ponarin and Ronald Inglehart and their colleagues, for the Valdai Forum 2013, provoked a wide response. It was based on data from several surveys, conducted over 20 years. A key research project for the laboratory was on happiness based on data about the evolution of value systems in several different countries over the last 30 years.

Another noteworthy research project looks at changes in values in the Arab world. ‘We looked at data collected by the Arab Barometer to find out what people of different ages think about democracy and women’s equality,’ says Eduard Ponarin, ‘and we discovered something interesting. Firstly, these indicators don’t correlate although throughout the rest of the world they correlate quite strongly. Secondly, the older generation is more liberal on the issue of women’s equality than the young which is also not typical for the rest of the world.’ The researchers think this situation is a consequence of the Cold War. In Arab countries, conservative monarchies, formerly allied with the USA, have taken hold and their conservative ideology, no longer countered by Soviet opposition has spread across the region. The mass scale reappraisal of values has happened particularly among the younger generation.

How much is a life worth and what have the traffic police got to do with it?

‘Every year,’ says Tatyana Karabchuk, Deputy Director of the LCSR and Head of the Moscow section, ‘we run a big applied project. It all began when we collaborated with the Eurasian Development Bank’s Centre for Integration Studies to research pension mobility in the Eurasian economic union in 2013. Last year, with them and with the UNDP, we researched labour migration issues and developing human capital in Central Asia.’

At the moment Tatyana is working with colleagues at the laboratory on projects which evaluate the effectiveness of road safety programmes and damage caused by accidents. The research was commissioned by the Federal Authority for Road Traffic Safety [GIBDD in Russian]. The main purpose of the research is to develop a methodological cost appraisal for losses caused by death, trauma and invalidity as a result of road accidents. The research will be a survey of international practices and the former FSU and will develop a method to make evaluations.

From research to education

In 2014 LCSR opened an English language Master’s programme in Comparative Social Research. Like the laboratory, the master’s is inter-campus. The first semester is in Moscow and the second in St Petersburg. That is followed by a semester abroad or at a Russian research organisation. In the final semester students finish their dissertation at either campus.

You can find out more about all aspects of the LCRS and go to presentations of research projects by the laboratory and its partners abroad at the annual international conference on Cultural and Economic Changes under a Cross-National Perspective in November. The conference is happening for the fifth time, but this year will be the first time the leaders of the World Values Survey are coming. Before the conference opens they will hold a session of the committee in Moscow which will determine details of the next wave of WVS research (which happens every five years).

On the 12th November, Harvard Professor and Johan Skytte laureate Pippa Norris will present an honorary lecture. The LCSR, with the Yegor Gaidar Foundation has organised a public lecture by Ronald Inglehart (also a winner of the Johan Skytte prize) at the Mansion on Volkhonskaya Street on 17th November.

‘The line up of lecturers makes this our strongest conference yet,’ says Tatyana Karabchuk. ‘For the first time we will be joined by a group of researchers from Arab countries. There are so many speakers that we have organised parallel working sections and we will have six special sessions as part of the conference.’

Registration to attend the conference closes on 30th October. 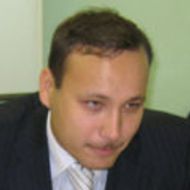 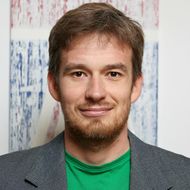 HSE University has announced the winners of the Project Competition in Basic Science Research for Intercampus Departments. The competition, which the university is organising for the first time, will provide funding to 10 research teams working on five topics. Four of the winning projects will be implemented by new research departments formed as a result of the competition.