The HSE International Laboratory for Mirror Symmetry and Automorphic Forms, which is among several international laboratories to recently open within the Higher School of Economics, was created in December 2016 as part of the Russian government’s mega-grants program.

Below, the lab’s academic supervisor, Ludmil Katzarkov, along with deputy heads Valery Gritsenko and Viktor Przyjalkowski, explain why the laboratory is fully capable of becoming a unique multidisciplinary unit dedicated to the study of mirror symmetry, automorphic forms, and number theory.

The International Laboratory for Mirror Symmetry and Automorphic Forms is an important scientific platform for Russia and the world as a whole. In the lab, traditional areas of mathematics are combined with contemporary breakthrough methods, as demonstrated by the lab’s focus on homological mirror symmetry and automorphic form theory. In June, the laboratory organised its first large conference, inviting researchers from all over the world who represent the most diverse fields of mathematics, but are united by their interest in mirror symmetry.

According to the academic supervisor of the laboratory, American mathematician Ludmil Katzarkov, Moscow is a leading intellectual centre for anyone currently studying algebraic geometry, category theory, or mirror symmetry, which is a field that combines contemporary algebraic geometry with theoretical physics.

‘When I was asked to lead the laboratory, I immediately said yes. I was certain that I’d find junior researchers here with whom I could work to make developments on truly topical fields in modern mathematics. In the end, mathematics is a science for the young, and it’s where junior researchers are that the most impressive success can be found,’ Katzarkov adds.

I always felt deeply indebted to Moscow’s mathematics community, the people whom I met here and who taught me so much

The laboratory’s objective is to give young people access to the most relevant areas of contemporary science and to give them the opportunity to talk with leading scientists – the ones currently at the forefront of modern science. It is critical, Katzarkov notes, that young people feel like they are working with advanced science. ‘In mathematics, like in sport, how you feel is half the victory. Young people have to feel like successful researchers who are just as qualified as scientists at European or American universities,’ he says.

Mr Katzarkov himself studied in Moscow and says that this is where the best aspects of his mathematical career took place: ‘I always felt deeply indebted to Moscow’s mathematics community, the people whom I met here and who taught me so much.’

Some of the strongest characteristics of Moscow’s mathematics community are the seminars it offers. They ensure on-going communication among junior researchers, thereby allowing them to learn from not only their teachers, but each other as well. The laboratory is continuing this tradition. Katzarkov believes that the seminars are one of the most useful and interesting formats to do this: ‘In my time, I learned so much from my peers, in particular from Dmitri Orlov, a corresponding member of the Russian Academy of Sciences with whom we continue to work to this day. Dmitri was one of the first mathematicians to study mirror symmetry.’

The laboratory is set up in a way similar to the HSE Faculty of Mathematics. The faculty doesn’t have any departments and the researchers are united not by their fields of science, but by the problems that they are working to solve. Because of this, the organisation of the faculty allows researchers from various specialisations to work together and push people to cooperate irrespective of where exactly they work.

The spectre of topics that the laboratory works on encompasses algebraic geometry, number theory, and automorphic forms

‘We have colleagues here from countries all over the world, including America, the Netherlands, France, and more. The spectre of topics that the laboratory works on encompasses algebraic geometry, number theory, and automorphic forms. These three fields are connected to one another – on the one hand, automorphic forms belong to number theory, while on the other these are subjects of integrated analysis and are closely connected to complex manifolds,’ Valery Gritsenko explains. ‘Mirror symmetry was discovered by physicists, but very quickly got the attention of mathematicians. Contemporary physics allows us to talk about an elementary particle not only as a point, but also as an object that has both volume and an entire geometry inside. This viewpoint gives mathematicians material to develop new mathematical theories. Overall, it’s normal when new ideas initially arise in physics and then make their way to mathematics, where they receive a strictly mathematical formulation and the necessary language for description. Mirror symmetry is currently being studied in various fields of mathematics, including geometry, topology, number theory, infinite-dimensional Lie algebras, and more.’

‘Mirror symmetry allows us to study manifolds and their different proprieties using the appropriate methods,’ Viktor Przyjalkowski adds. ‘For example, algebraic geometry, which is my speciality, uses algebra to study the geometric properties of manifolds. Manifolds are sets of points in a multidimensional space, or in other words, they are sets of numbers that “zero out” all equations of a system. These sets take on several structures. One structure is algebraic and creates algebraic manifolds. But there are other structures as well, in particular symplectic manifolds, which are of a completely different nature compared with algebraic manifolds. In this way, a manifold can have two structures at the same time – both algebraic and symplectic. The hypothesis of mirror symmetry states that a manifold has a mirror-symmetrical object whose algebraic structure corresponds to the symplectic structure of the initial manifold, with the opposite also being true – the symplectic structure corresponds with the algebraic. In other words, mirror symmetry establishes a surprising connection between things that are completely different in nature, between things that seemingly have nothing to do with one another,’ Przyjalkowski concludes. 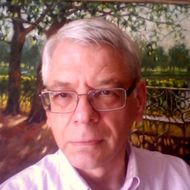 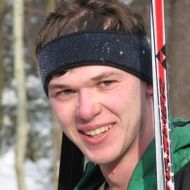