‘We Are Very Excited by How HSE Continues to Develop’

The eighth annual session of the HSE International Advisory Committee has come to a close. Its chairman Eric Maskin, Nobel laureate in economics, summed up the results of the committee’s work. 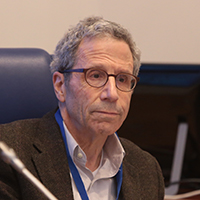 We are very excited by how HSE continues to develop. It’s come a long way as far as the rankings go. More and more subjects are appearing in lists of the Top-100, Top-200, Top-500 departments in the world. That’s good to know, because it increases HSE’s visibility. But we are also excited by the new developments in the school itself. We were relieved to see that HSE is now in firm control of its doctoral programme and can run PhD evaluations the way that it wants, in a way that makes sense academically.

We were happy to see that after many years of great effort in upgrading research, there is now an effort underway to upgrade teaching excellence, which is an important step. In addition to experimental approaches, there are numerous well-established methods of improving the quality of teaching, such as videotaping classes for further analysis. We also recommend that HSE makes use of recent research on pedagogical methods.

We were intrigued by the idea of bringing data culture to all HSE students. It sounds like an important development. We feel that every educated citizen should understand how data function and its ubiquity in the modern world. But it is not something that is taught at most universities. We see the idea that it will now be taught at HSE to all students as a positive step. The ‘Exploring Russia’ Initiative, while it is not something that all students will be able to take advantage of, seems like a valuable addition to the curriculum.

One development that we were very happy about is the engagement of alumni. We met with a group of alumni, and this was an impressive group, not only in their own personal accomplishments, but also in their interest in HSE. They felt gratitude towards the place where they got their start and they wanted to give something back. We feel that there is an opportunity for the university to make even better use of the alumni. For example, many other universities are giving alumni the opportunity so serve on advisory councils for the university.

We were also gratified that the internationalization programme is being rethought and becomes more clearly focused in the productive areas. (Editor's note: Vice Rector Ivan Prostakov told the IAC members that HSE looks at cooperation with universities and students from China, India, Vietnam, Indonesia, Malaysia, Mongolia and Turkey as particularly promising). We are pleased to see how well the summer programmes and some of the dual degree programmes have worked. But we encourage you to think more carefully about which particular areas have been successful and are worth developing further. The idea of drafting an internationalization agenda is a good one.

Of all of the issues, we think that the idea of nurturing and developing the academic staff may be the most important. Ultimately, the faculty is the backbone of the university. HSE has done a great deal already to improve the quality of its academic staff. The idea of moving to one contract as a means of reducing uncertainty and treating staff members on a more or less equal basis – we see it as a positive step. But the criteria for renewals still seem rather vague to us. They need to be clarified, and more consultations with individual faculty members on this matter might prove useful.