Russia and Germany as WTO members

On April 22 2013, the Higher School of Economics hosted an international workshop conference entitled 'The Development Outlook for Russia and Germany as Members of the WTO'. Alexander Khodachek, the president of Saint-Petersburg HSE campus commented on the conference.

Russia's accession to the WTO was at first met with euphoria at first, as it was believed that after overcoming this barrier, we wouldn’t have to face any more unfair competition practices. Later, though, it became clear that the prospects for Russia and Germany as WTO members are quite different. While Germany, as a full-fledged member, enjoys all the benefits of membership, Russia hasn’t completed its accession to the organization yet, due to the bureaucratic complexity of the process.

To ensure full accession, we have to change our tax, budgetary and customs codes, and open the insurance market to foreign companies. Russia will have to substantially reduce tariffs on consumer goods, agricultural products, cars and car parts. All of this, in turn, will hit Russian enterprises, as goods from abroad will become more competitive in the Russian market.

The “Development Outlook for Russia and Germany as Members of WTO” workshop aims to share international experience, helping Russia minimize the negative effects of its WTO accession. The Hamburg Chamber of Commerce, Representative Office Saint Petersburg, and German Consulate General in Saint Petersburg are co-organizers of the conference.

The workshop featured three round-table discussions which I would like to describe in more detail.

Shaping of cluster policy in Russia’s regions during the country’s accession to the WTO. In the North Western Federal District, a whole series of clusters is being formed, including, among others, automotive, pharmaceutical, nanotechnology, nuclear physics, transport logistics, harbour, tourist, and agricultural clusters. We need to create a favorable environment in order to attract a variety of companies to these clusters, which specialize in a single industry branch or production pattern. This issue was discussed at a round-table discussion with German participants, as their country’s experience of developing clusters is extremely interesting. Today, Germany has around 60 clusters, with 18 of them managed by the country’s Ministry of Economic Development, and similar ministries exist in Germany’s federal lands. In Rheinland-Phalz, for example, there is a rapidly developing cluster. Gabriele Kötschau from the Representation office of the Hamburg Chamber of Commerce, in St. Petersburg made a review of risks  and chances for Russia as the WTO member. She mentioned, for example, the lack of lawyers, not enough knowledge of foreign languages and other problems. 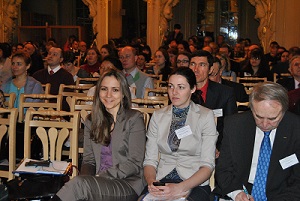 The impact of Russia’s WTO entry on business enterprises.

This round-table session focused on the aforementioned barriers. To date, Russia has lacked lawyers with experience in securing international cooperation agreements covering specific enterprises. We haven’t yet established sustained interaction with patent offices, meaning Russian enterprises are not able to protect their newly-developed technologies and product samples. This often happens because, with many small enterprises, a lack of budget prevents them from bringing new designs into mass production. It is also important to switch over to the International Financial Reporting Standards. Since accounting and reporting is carried out by WTO member states, we also need to have relevantly trained specialists. To ensure this, we must use the experience of those organizations that have been working in this field within the WTO and EU for some time.

Impact of WTO accession on foreign investment inflow. This session focused on the current investment climate, as there are some administrative obstacles and, as yet, the goods exchange is not well-balanced. Analyzing the composition of Russia's foreign trade, we can see that exports are dominated by raw hydrocarbons, while imported goods are mainly high value-added products. Today, we have the opportunity to alter that trend. Russia should create a favorable climate for foreign investments by ensuring quicker connection to power generation facilities, the issuing of construction licenses, enterprise and property registration, etc. Our biggest concern is that administrative barriers could interfere with the influx of foreign investment. We should take into consideration the most successful regional experience, such as that of the Kaluga and Ulyanovsk Regions. The Council for Foreign Investments in St. Petersburg was created to attract investors and ensure effective development in priority fields. These round-table talks were attended by representatives of the branch committees of St. Petersburg and Leningrad Region governments.

This year, the conference started with round-table talks, followed by plenary sessions. The participant list included representatives of German Universities invited by the Hamburg Chamber of Commerce. In addition, speakers included the Investment Ombudsman of the Presidential Embassy in North Western Federal District, who is responsible for lifting administrative barriers, as well as representatives of the Lomonosov Moscow State University and Hamburg School of Business Administration (HSBA). 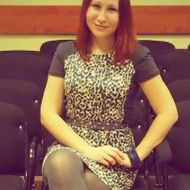 Жаркова Мария Александровна
All news by the author 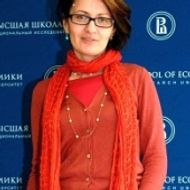 HSE has signed an agreement for a double degree programme with the Free University of Berlin in Germany. The agreement encompasses the Master's programme in Comparative Social Research and its German counterpart will be the ‘East European Studies’ programme.

Why Russia is Passive in the WTO Court

In terms of activity in lodging complaints with the WTO Court (the agency through which WTO members resolve their disputes), Russia has not advanced beyond South Africa. The United States and EU countries are currently the leaders in terms of WTO disputes. The low level of activity on Russia’s side is primarily due to its relatively recent membership in the organization.

Since 2013, the German Academic Exchange Service (DAAD) has cooperated with HSE. This year, a record number of scholarship places will be available for German students to study in HSE short-term programmes through the Go East initiative.

On 1st December students and teachers at HSE met the Ambassador Extraordinary and Plenipotentiary of the Federal Republic of Germany in the Russian Federation, Rudiger von Fritsch.

‘All of You Carry the Name of the University’

On June 3, HSE Rector Yaroslav Kuzminov met in Berlin with university alumni living in Germany, as well as with students and postgraduate students who are currently continuing their studies at Humboldt University. During the meeting, they discussed the development of the Higher School of Economics, differences in approaches to the educational process at universities in Russia and Germany, and the prospect for transferring certain Western practices to the realities of Russia.

From 30th March to 3rd April, 50 German students attended a session of the Business in Russia programme, run jointly by HSE and DAAD and the German Chamber of Foreign Trade since 2012. Students on the programme do six-month internships in German company offices in Russia and prepare group projects on various themes, under the guidance of HSE professor Natalya Guseva.