Students Examine Cybersecurity Contextualization in Russia and the United States

Students from HSE ISSEK, Stanford University, and Rice University have researched how Russia and the US cooperate in cybersecurity and explored the nuances present in the approaches that each country takes in this area, including different understandings of cybersecurity-related terms. The research was conducted in 2016-2017 as part of the Stanford US-Russia Forum (SURF), a programme dedicated to developing US-Russia cooperation. Over a period of 8 months, 30 American and Russian students and young professionals worked on their projects.

The project’s goal was to identify the most controversial terms in the field of cybersecurity, that prevent Russia and the US from communicating effectively. The research group used the Global Database of Events, Language, and Tone (GDELT)  to find the top 10 most popular cybersecurity terms in all content published between November 2015-2016. GDELT is the largest open project, which comprises over a quarter-billion event records in more than 100 languages. Using this data it was possible to visualize the relationship of the terms related to cybersecurity in the US and Russia.

‘The SURF programme provides a detailed plan outlining the research stages and sets deadlines for the submission of drafts, papers, and presentations. Using this plan we identified our mutual interests and areas of expertise. We worked both on our own and collaboratively, discussing the findings and future steps in weekly online calls,’ explains Elza Ganeeva, project participant and MA student in HSE’s Governance of Science, Technology, and Innovation programme.

The first goals and project plans were discussed at the HSE autumn conference and the final results were presented at Stanford this spring.

For each of 10 terms, the students looked at the top 100 terms that appeared with those terms in content published in English and in Russian. This gave them 20 co-occurrence networks, at the edges leaving cybersecurity terms and connecting to 100 other related terms. The team did additional graph processing so that these graphs would have different structures. For each pair of graphs, the network distance was then measured. The larger the network distance, the most discordant the term. The students conducted additional analysis on the features that drove the network distance number and on qualities of the most discordant ‘cybersecurity’ term, and then translated the technical findings into policy recommendations.

Choosing the term “cyberattack” as a focal term, it was possible to identify the most common cybersecurity-related terms across the full range of content and to determine the distance between English and Russian-speaking counterparts. The greatest distance revealed the areas of the greatest dissonance in understanding the same terms in Russia and the US. Interestingly, rather than being a discordant word, “cyberattack” turned out to be contextualized similarly across English and Russian content, while terms that relate to policy, public sector management, information, and communication technologies (ICT) and digital government were understood differently in two countries, that is, were highly discordant.

That means that there is a fundamental difference in how English and Russian speakers understand the role of government in regulating information and communication technologies. While cybersecurity falls under the umbrella of information security in Russia, in the US it is its own military domain and perhaps less likely to touch the lives of civilians than in Russia. Therefore, more themes fall into the concept of digital government in Russian content than in English content. Practically, this may mean that, to a Russian speaker, an understanding of cybersecurity is more nuanced than it is to an English speaker. Finally, for both English and Russian speakers, cybersecurity terms are either highly contextualized or not well-defined. 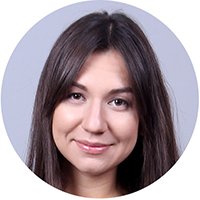 Participation in SURF became one of the brightest events of the year 2016-2017. In June, 2016, I decided to apply to join the cybersecurity working group of SURF because I was inspired by my colleague, who specializes in cybersecurity. This research was a unique experience, which allowed me to learn a lot about cybersecurity policy on different levels,  technical aspects of cybersecurity and, most importantly, about different reflections of the Russian and English speakers on the same phenomenon. Participation in this project helped me to expand my horizons and to realize that the core of cybersecurity is not the concern over security in cyberspace, but it is rather the matter of trust which starts on the individual level. Besides the research, we had a great academic programme that included meetings with the most interesting speakers and the experts, such as Nicola Sturgeon, First Minister of Scotland, Dr. Francis Fukuyama, an American political scientist and economist, Secretary William Perry,  Dr. Ilya Strebulaev, Stanford, and Professor Fyodor Lukyanov, HSE, and many other talented people. I would like to give huge thanks to SURF leadership team, SURFers 2016/2017 and everyone who supported this project for the life-changing experience! 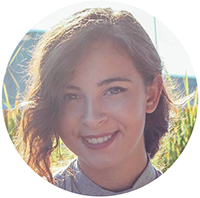 I chose to participate in this project because it enabled me to work at the intersection of Computer Science and US-Russian relations, two areas I am passionate about. In the literature, network analysis is often applied to social graphs and less frequently applied to language co-occurrence networks, so I was really not sure what to expect from the technical outcome of our paper. I was surprised at the role Average Node Clustering Coefficient played as a driver of network distance; essentially, this means that nodes in our network have a low degree of separation and can be understood as words that are highly nuanced. A trend we found was that a cybersecurity-related term could be highly nuanced to an English speaker and be less nuanced to a Russian speaker (or vice versa). This means that for policy negotiations, disagreement could easily arise when one party does not understand all of the associations and definitions of the cybersecurity term held by the other party. 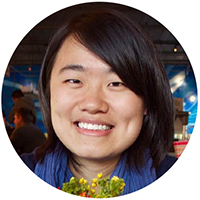 Similar to Ashe, I'm a computer science major and I'm also double major in political science. This project was a great opportunity for me to discover the intersection of the two fields. During the initial proposal stage of our research, we discovered how deeply computer systems have infiltrated our critical infrastructures and how vulnerable the two countries are to computer attacks. Thus, we do see a huge potential for the develop of computer security and cybersecurity policies that would facilitate collaborations. Yet our trip to Moscow and our literature review made it clear that we still lack the foundation for all these collaborations, which is mutual understanding on cybersecurity, which motivated our network analysis approach on contextualization of cybersecurity terms. For me, this discovery came in different stages and such realization was a great learning experience in research. In addition, what's unique about this project is that we are collaborating across universities and across country borders (I am actually a Chinese national). I have learned to see so many different perspectives and that helped me understand what kind of work is required for effective collaboration.

Maria Besova
All news by the author
Topics
Research&Expertise
Keywords
studentsresearch projectsinternational cooperation
About
Institute for Statistical Studies and Economics of Knowledge, Master's Programme 'Governance of Science, Technology and Innovation'