Andrea Strazzoni addressed two questions in his talk: whether it is legitimate to commence a history of the philosophy of science with the study of Cartesian philosophy, and whether Descartes's revolution in philosophy brought about a new function of philosophy as a reflection upon the method and the conceptual premises of different disciplines, including what we may label as “science”, that is, the experimental and mathematical study of natural phenomena later systematically undertaken by Isaac Newton.

Andrea Strazzoni explains how Early Modern Philosophy determined the evolution of scientific and intellectual disciplines and their shape today in an interview to HSE English News.

— What was it that made you interested in philosophy?

— The main motivation that led me to study philosophy was my desire to become acquainted with a form of knowledge and reflection more general than the one you can find in more “particular” disciplines and sciences. I would like to have a broader understanding of our ways to comprehend culture, nature, man, and so on. Moreover, as I have always been interested in history, I became particularly interested in the history of philosophy. In fact, even if I don't think that history of philosophy is essential to solve current philosophical problems, I think that history can help to find out why such problems emerge and why we failed to solve them up to now.

There are more expectations on philosophers today than in past centuries: not just in terms of the ‘applicability’ of the knowledge they produce, but in terms of justifying what they are actually doing and their theoretical or practical results

— What does it mean to be a philosopher in the 21st century?  I assume it's quite different from the previous centuries...

— I think that there are more expectations on philosophers today than in past centuries: not just in terms of the ‘applicability’ of the knowledge they produce (which is in itself a problem debated in philosophy for centuries), or how their theories are related to disciplines which focus on more social or scientific problems, but in terms of justifying what they are actually doing and their theoretical or practical results.

— You've been studying the foundation of science in the Dutch context and the process of how early modern philosophers came up with the idea of a philosophy of science as an independent philosophical discipline. Could you please share your main thesis?

— My main thesis is that the need to provide science (physics and related disciplines) with a foundation (that is, a justification of the validity of its method and of the reliability of the mental faculties it involves, and of the first principles of science itself), led in 17th and 18th century to a change in the function of some disciplines that had a different role in the previous centuries. Logic, metaphysics and rational theology progressively lost their didactic-pedagogical function (logic) and speculative character (metaphysics and theology), and were more and more oriented to provide a ground to physics. This was initiated by Descartes and by his followers in the Dutch Republic. This thesis is contingent to a period and a geographic context: however, the problems they had to face presented themselves, in various forms, across all the contexts where the scientific revolution had an impact.

Working in Moscow is for me a very important and exciting occasion to grow my expertise, as the HSE hosts several specialists in historically-oriented philosophical studies. Moreover, I find Moscow a place where it is impossible to get bored

— How did your cooperation with the HSE start? What are your expectations of the visit to Moscow?

— This cooperation started with an expression of interest from Dr. Stefan Hessbrüggen-Walter to have some international visitors at the HSE School of Philosophy. As we already cooperated on a scientific publication, I decided to ask him whether the HSE could host me for a trimester. Thanks to his support and that of the international coordinator (Dr. Daria Drozdova), I managed to plan and realize my stay in Moscow in a very short time. In Moscow, I will give two lectures and prepare an article for publication in Lias: Journal of Early Modern Intellectual Culture and its Sources, concerning the problem of language in the seventeenth century, and I will submit an article on the relations of philosophy and medicine in the early modern age. Working in Moscow is for me a very important and exciting occasion to grow my expertise, as the HSE hosts several specialists in historically-oriented philosophical studies. Moreover, I find Moscow a place where it is impossible to get bored.

— What would be your advice to young people who are on the verge of deciding whom to become in professional life and where to study?

— I would simply say that the quality of what we are doing is the only criterion to pursue any effort in education and professional life. This would be a way to deal with the requirements of “specialization” and “interdisciplinarity” to which students and scholars are called in the present day. It would also be a criterion in choosing the place where to study: as far as I know, this is the policy that HSE follows. 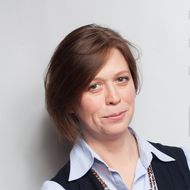 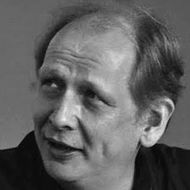