Economic perspective on culture and diversity

On October 18-19, 2013 the conference 'Culture, Diversity, and Development' will be held in Moscow. The conference is jointly sponsored by the Higher School of Economics and the New Economic School, through the NES’s Center for the Study of Diversity and Social Interaction, and HSE-NES’s Center for Advanced Studies.

Leonid Polishchuk, Professor, Head of the Laboratory for Applied Studies of Institutions and Social Capital at the HSE, shared his vision of the issue and introduced some participants of the conference to the HSE news service.

Recent literature provides compelling evidence of the critical importance of culture – norms, values, beliefs etc. – for economic development and social welfare. Culture can be more or less conducive for development, but it can also exhibit significant variations within the same country, society, and even community. Hence the focus of the conference is the impact on the development of culture anddiversity. The conference will address, both theoretically and empirically, the role of institutions and culture on the development and integration of nations and societies; the impact of heterogeneity on social mobility and economic policies; the emergence and management of civil conflict; the accumulation of trust and social capital in heterogeneous communities, etc.

The conference brings together over two dozen leading scholars in the field from Russia, US, France, Belgium, China, Ghana and several other countries, to offer a multidisciplinary and cross-country perspective on culture and diversity. Jean-Philippe Platteau (University of Namur, Belgium) will present an overview of the interplay between culture and religion as developmental factors. Alberto Bisin (New York University) and Thierry Verdier (Paris School of Economics) will discuss the co-evolution of institutions and culture, which feed upon each other leading to multiple equlibria and development outcomes. Ruben Enikolopov (University Pampeu Fabra, Spain, and NES) and Se Yan (Peking University) will discuss the driving forces and outcomes of political movements in Russia and China. Ekaterina Zhuravskaya (Paris School of Economics and NES) will present her work on the historical roots of cultural diversity in Poland. Leonid Polishchuk (HSE) points out a potentially “dark side” of social capital, where the capacity for collective action might adversely affect development. Shlomo Weber (Southern Methodist University, USA, and NRS) will describe ways and means of measuring and documenting diversity. Alberto Simpser (University of Chicago) will present evidence of cultural intergenerational persistence, including attitudes in society toward corruption.

Program of the conference

The conference papers will show that culture is a major factor of economic development with a tangible, measurable and increasingly important impact on the wealth of nations. Culture usually has deep historical roots and as such, needs to be taken into account when selecting institutions, economic policies, and development strategies. Cultural diversity might be a source of social and political conflict, and yet when properly managed, can also be a potent development resource. Globalization increases the importance of turning diversity from an obstacle to a resource for development, and of fostering cultural change that increases tolerance and the capacity for conflict resolution.

The role of culture and diversity is evident in virtually all the successes and failures of nations, both historically and in the modern world. Many of the problems of contemporary Africa and the Middle East are caused by profound diversity – ethnic, religious, economic – and the inability to mitigate and manage those conflicts that ensue. The US is often considered to be a success story, where cultural diversity was present at major poles of growth of the modern American economy, and yet this society still exhibits deep cultural divides that can be traced back to the early years of the US’s colonization, and these divides might still lead to polarization and political stalemates. Russia has been praised for centuries for being able to successfully integrate various ethnic groups, but modern realities pose new challenges that the country needs to deal with. The conference will provide plenty of food for thought for those seeking answers to these important and difficult questions.
Date
17 October  2013
Author 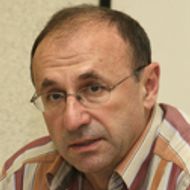 In an interview with RBC, Yaroslav Kuzminov, Rector of the Higher School of Economics, speaks about the problems facing Russia’s economy, the Strategy 2020, the status of higher education and about the areas worth developing.

During the XII Germany Week in St. Petersburg, the Gorky House of Scientists under the Russian Academy of Sciences hosted an international research conference ‘Russia and Germany – regional economies after sanctions,’ organized by the Hamburg Chamber of Commerce and HSE.

A group of sociologists from the HSE presented the results of their academic work at the 10th conference of Yale University’s Center for Cultural Sociology. A special panel session of the conference was devoted entirely to the research being carried out by HSE’s Institute of Education on the life trajectories of Russian pupils.

On the 28th May at the ‘Analytical communities in policy advisory systems at global and local level: comparative analysis of policy impact’ international conference there will be a special ‘journals’ session. The editors of four major international journals on public policy will explain how they select articles for publication and give advice on how to present your work to improve the chances of getting it published in a good journal.

Olympic Debates at the HSE Perm

A videoconference Let’s Talk Olympics  was held at the HSE Perm. It was organized for students of the HSE and California University of Pennsylvania.

On CampusdiscussionsstudentsconferenceOlympic Winter Games in 2014Perm