Neighbours: Who is Close to HSE in Rankings. Economics 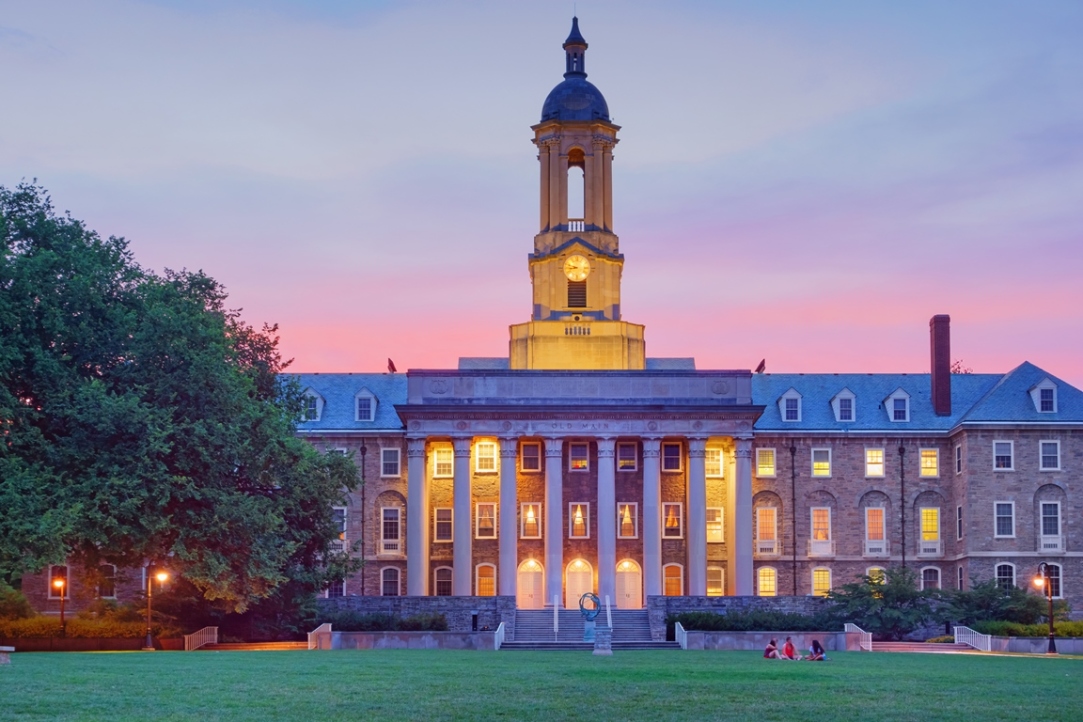 We continue talking about universities that are alongside HSE in the 51–100 group in various subject areas in the QS ranking. Today we have economists speaking about their ‘neighbours in the ranking’. 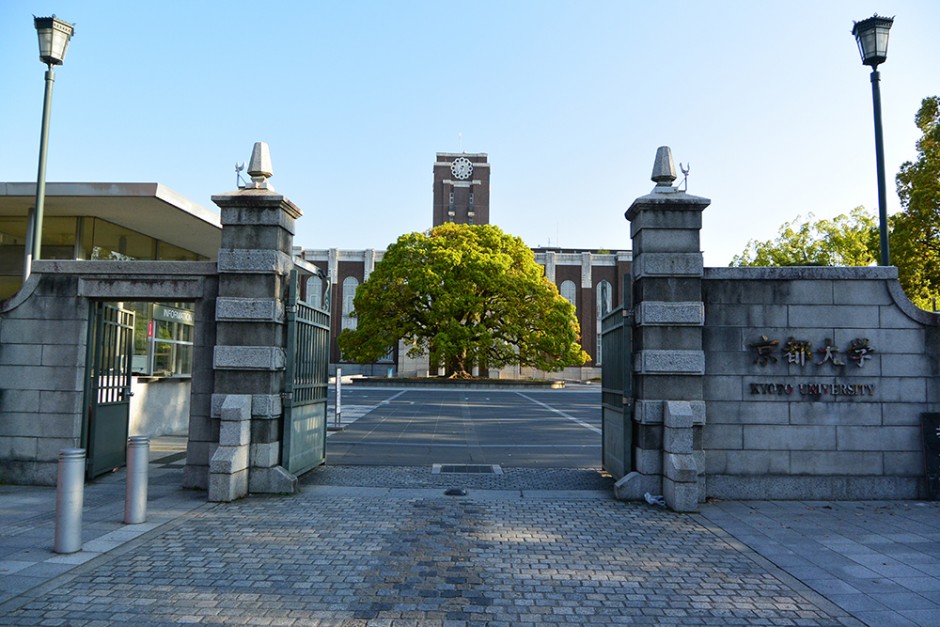 Alexander Karpov, Assistant Professor at the Faculty of Economic Sciences

The main research centre in economics at Kyoto University is the Kyoto Institute of Economic Research, which is located at the university campus, not far from the Faculty of Economics. The institute is HSE’s partner. Satoshi Mizobata, its director, carries out research on Russian economy, and has visited HSE many times to speak at conferences and carry out short-term research. Several HSE scholars have also come to the Institute as visiting researchers.

Research in economics and mathematics is a key area for the Kyoto Institute of Economic Research. The institute employs Masahisa Fujita, founder of the new economic geography; Kazuo Nishimura, Makoto Yano, and Akihisa Shibata, theoreticians of economic growth and nonlinear dynamics; and Atsushi Kajii, theoretician of information economics.

Kazuo Nishimura and Makoto Yano were both students of Lionel McKenzie, founder of the general equilibrium theory, who bequeathed his library to the Kyoto Institute of Economic Research. In addition to books, this library stores a collection of working papers with comments and reviews by Lionel McKenzie and his peers. These papers include works by Soviet economists, which were published in Econometrica journal. 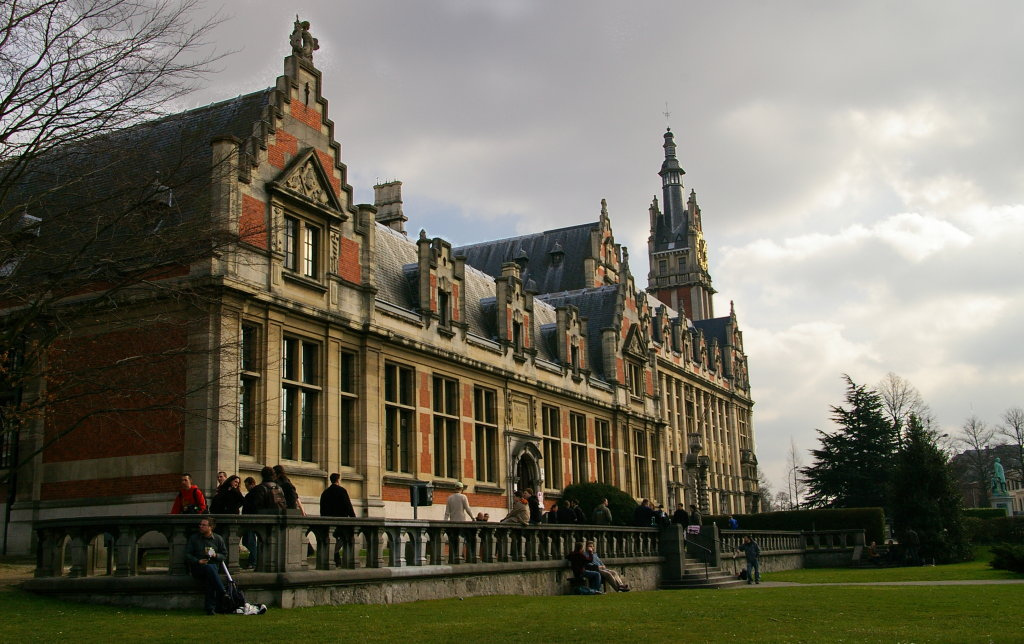 Sergey Stepanov, Assistant Professor at the School of Finance

The history of the Free University of Brussels started in 1834, and in the 1970s, it was divided into two campuses, a French (Université libre de Bruxelles), and a Flemish one.

The global economic community knows the French-speaking campus mainly thanks to Mathias Dewatripont, a student of Eric Maskin, a Nobel laureate, and expert in microeconomics and contract theory. In 1991, he opened a small research centre in economic and statistics at the university, ECARES (The European Center for Advanced Research in Economics and Statistics), to which he attracted young researchers, who later achieved some outstanding results. The staff is constantly being refreshed, and today, young ‘starts’ are setting the tone there again.

Brussels is very conveniently located, so renowned scholars visit the university as part of their European tours. Nobel laureates in economics regularly speak there.

Brussels is a cosmopolitan city, and no one is surprised that you are a foreigner and speak poor French. The university maintains an international environment, attracting students from all over the world, and while mostly Belgians study at bachelor’s and master’s courses, there are only a few of them on PhD programmes. Université libre de Bruxelles is part of a European university network, so PhD students can spend a year or a half at various universities in France, Great Britain, Sweden, and other countries. The students go for internships at such European organizations as the European Commission and the European Central Bank, and many of them stay there to work.

International students at the university are usually serious and focused on the studies, while Belgians, on the contrary, like to celebrate, make some noise, and participate in protests.

The Free University of Brussels is beautiful. The French campus is small, and includes both old and newer buildings. ECARES moved to a new building five years ago. The campus borders a big park that expands into a forest. 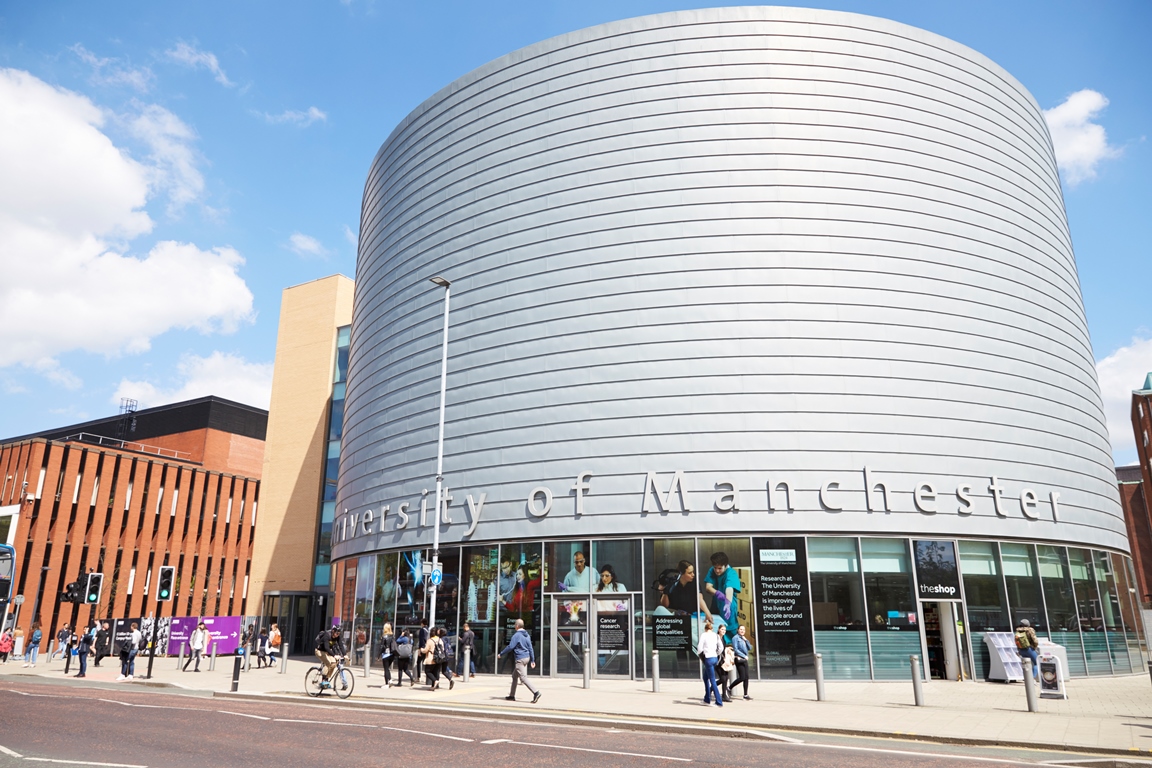 The University of Manchester

Alexis Belianin, Head of the Laboratory for Experimental and Behavioural Economics

The academic communities in Russia and globally know the University of Manchester thanks to its physicists, such as Ernest Rutherford, who developed the atomic model a century ago, and Andre Geim and Konstantin Novoselov, the recent Nobel laureates. But the other research areas are also very strong at this university. The School of Social Sciences, which offers courses and carries out research in economics, is probably one of the ten strongest departments of economics in Britain. It used to employ such Nobel laureates as John Hicks and Arthur Lewis, among others.

I got my PhD from the University of Manchester in 2000, and it has undergone some changes since then. It merged with the Manchester Institute of Science and Technology to become Britain’s largest university in terms of number of students.

The Economics department at Manchester includes subdivisions headed by professors of economics, mathematical economics, econometrics, economic theory, financial economics, and environmental economics. The professor of mathematical economics is Igor Evstigneev, graduate of Moscow State University. I’d also like to mention Prof. Martyn Andrews and Prof. Chris Orme, with whom I was lucky to work with. Today, Prof. Orme heads the whole School of Social Sciences at Manchester. I also believe Leonidas Koutsougeras to be a world-class economist. In addition to professors, the academic staff also includes lecturers, readers, and tutors, with tutors involved only in teaching, not research.

Preparation and defense of theses is carried out in the traditional British manner, which is different from the Russian and the American styles. You are not required to submit articles in journals. You have a small committee, which includes a local university and an external examiner – experts in your respective field. And they seriously ‘brush you through’ your thesis. But a PhD is not a goal in itself. For example, in Britain, someone can have no PhD at all, but be a professor.

Speaking about the University of Manchester and its ties with Russia, I can’t help but mention Teodor Shanin, who worked as Professor of Sociology at Manchester for many years, and thanks to whom I and many of my colleagues studied and did research there. They include Valery Ledyaev, Professor at the HSE Faculty of Social Sciences, Olga Isupova, Senior Research Fellow at the HSE Institute of Demography, Irina Denisova, Professor at the New Economic School, and Alexey Voskresensky, Dean at the MGIMO Faculty of Political Science. 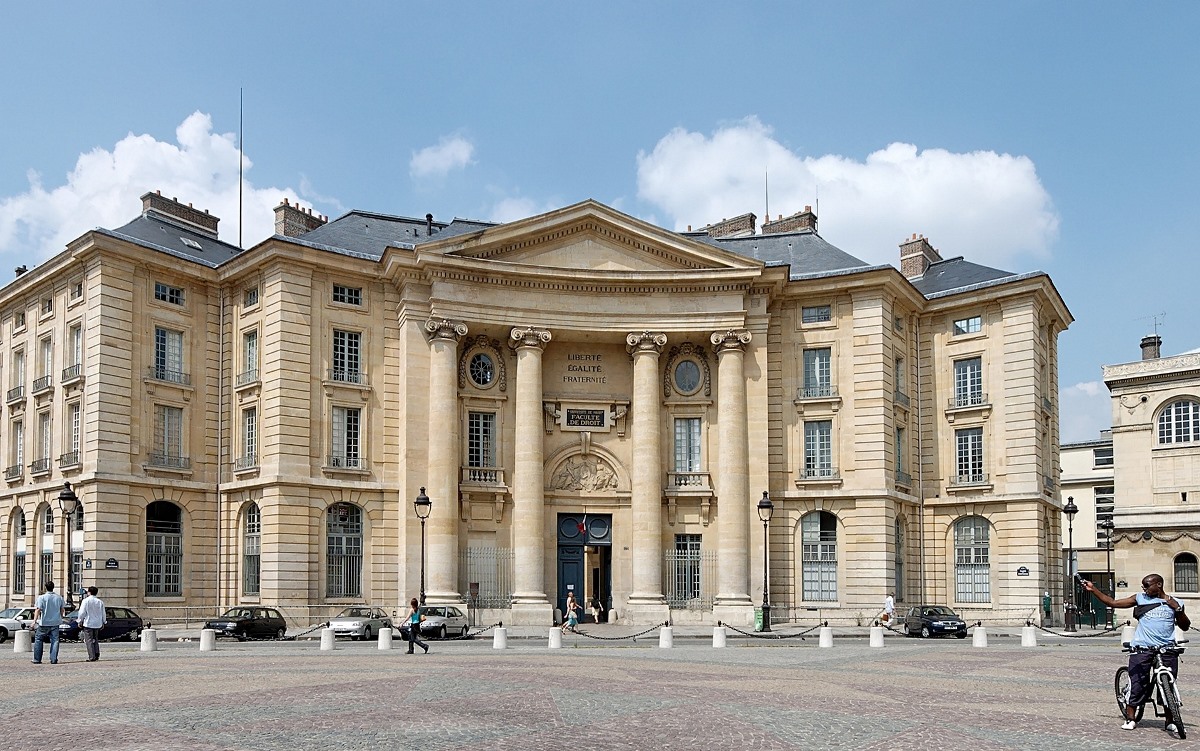 Pantheon-Sorbonne Paris 1 University is one of the world’s oldest universities and one of the largest French public universities, teaching about 40,000 students from over 70 countries.

The master’s students of economics usually have a good background in economics. Most of the courses are taught in English, and the university is attracting more and more international students.

At Paris 1, doctoral students spend their full time at the university, working on their thesis, as well as teaching at undergraduate and master’s programmes. Inter-university mobility is very popular, where a doctoral student has two supervisors in different universities and spends up to half of their time in a partner university in Europe or the U.S. Paris 1 has established contacts with American universities, such as Brown University. While most of the doctoral students are French, there are a lot of them from other countries, including Eastern European, the Middle East, Latin American, African countries, and Australia.

HSE and Paris 1 have a long history of cooperation. Michel Sollogoub and Irina Maltseva have played an important role in establishing academic links. Many HSE students have studied at Paris 1 as part of the double degree programme, and some of them proceeded to the university’s doctoral programme, or to ‘cotutelle’ (joint doctoral HSE/Paris 1 doctoral programme). HSE graduates have a good reputation at Paris 1 University. 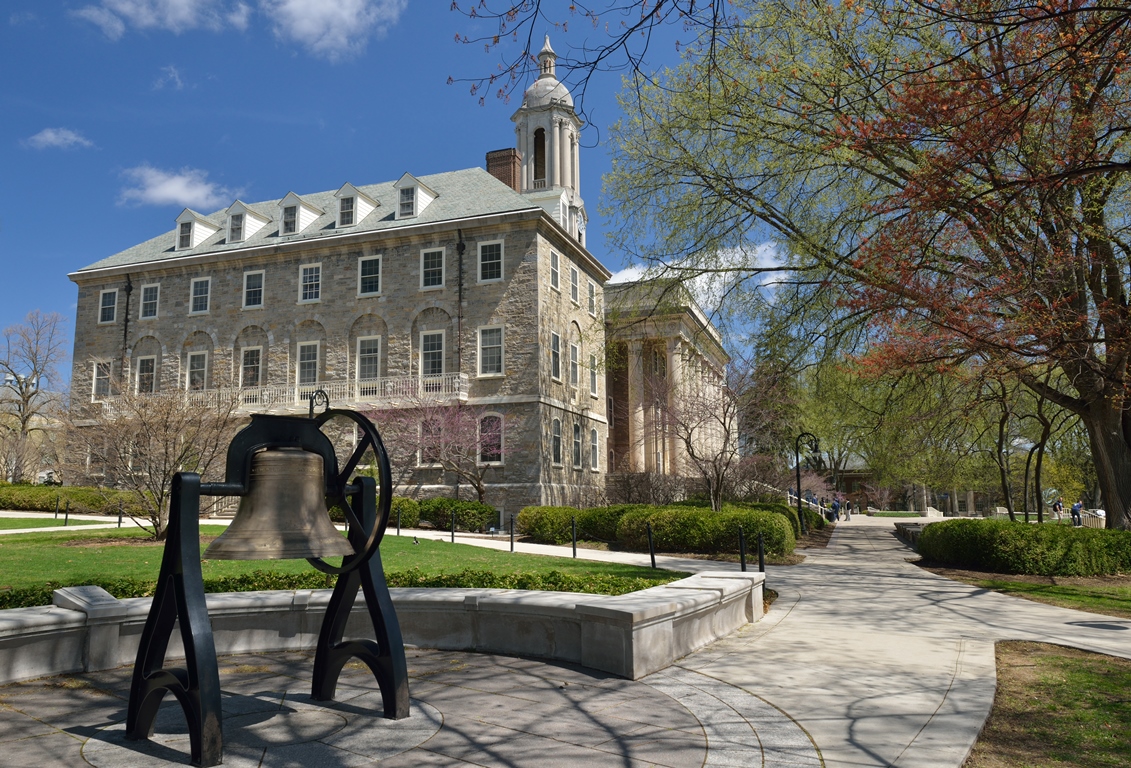 Roman Zakharenko, Assistant Professor at the International College of Economics and Finance

Pennsylvania State University was founded in the middle of the 19th century and is one of the largest universities in the U.S. It is situated in the middle of the state of Pennsylvania, in State College town, with a population of about 50,000 people – just a little bit more than the number of students. The university is the town’s backbone, so during vacations, it becomes empty, and buses go less often. There are a lot of foreigners among the students, with international students coming from 150 countries.

Pennsylvania State University’s achievements in economics are related to the people who teach and carry out research here. They include Jonathan Eaton, an expert in international trade theory, and Vijay Krishna, author of textbooks on auction theory. It also employs globally renowned scholars who work in econometrics and industrial organization. Visiting professors speak at the department almost every day, including some Russian professors (for example, Konstantin Sonin). When a student comes to the university, they get an opportunity to talk to authoritative experts, they find themselves in a special environment, and everything else depends on their motivation and skills.

Undergraduate learning in economics at Pennsylvania State University is carried out in an original manner. Students attend lectures in big groups (up to 300 people), and there are no workshops at all, they proceed right to exams. If you didn’t understand the topic, you can consult the professor during his office hours – they are much more important than at Russian universities. The university offers an extremely high-class doctoral programme, and most of the students there come from abroad.

Pennsylvania State University has one of America’s best football teams and its own stadium that seats 100,000 spectators. It is packed during the competitions and the whole town changes on such days: roads and parking lots are stuffed with cars. The campus also has smaller stadiums and many swimming pools. An important part of the infrastructure is the five-storey library building, where 90% of the books are in the open collection, so that any stranger can come in and take the book they need.

The campus is surrounded by forests, which are ideal for backpacking and outdoor leisure activities.

Neighbours: Who is Close to HSE in Rankings. Part 2, Sociology 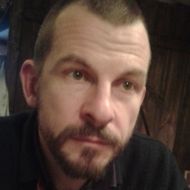 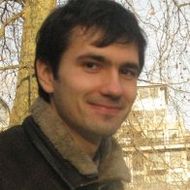 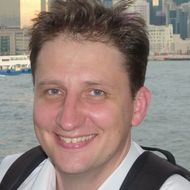 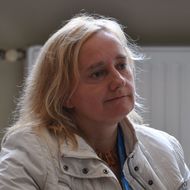 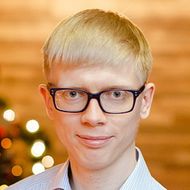 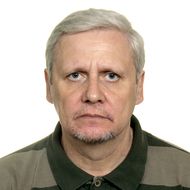 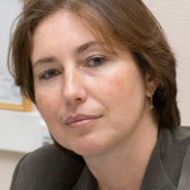 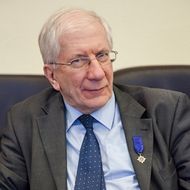 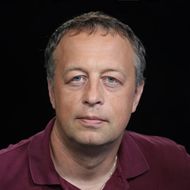 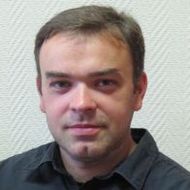